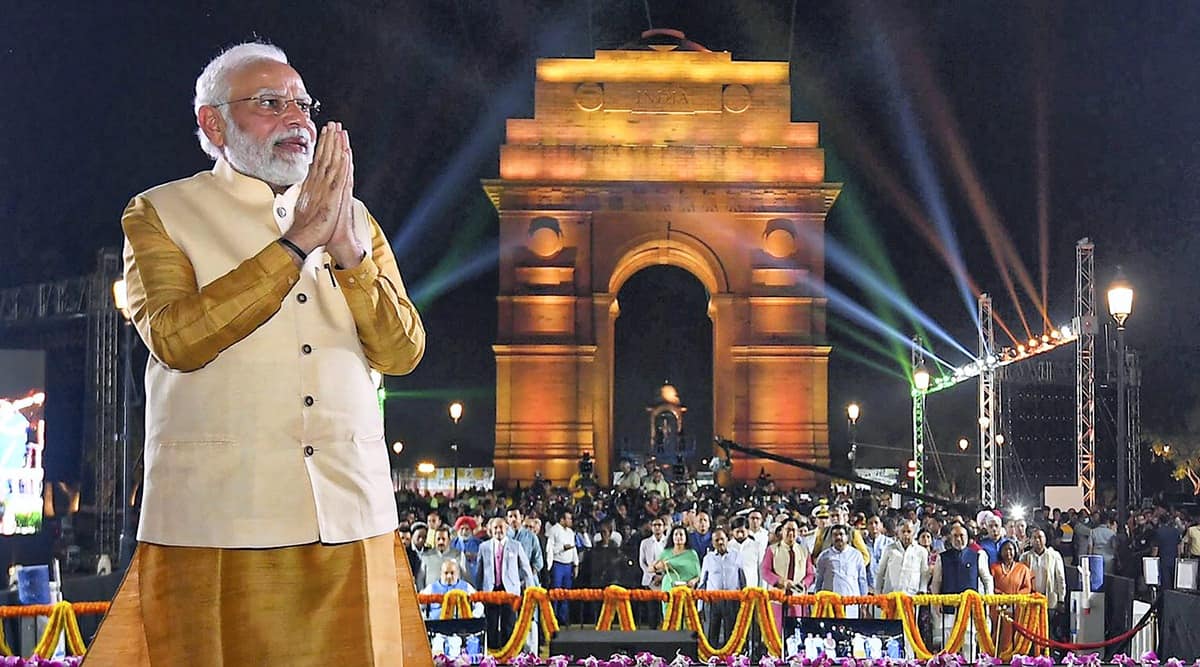 The installation of the statue of Subhash Chandra Bose at the India Gate in New Delhi does more than honor a hero of the struggle for freedom. It is one of the most significant results of the long ongoing battle of ideas to define the nature of the anti-colonial struggle and India’s past. This debate is not limited to Indian elites – ordinary people remain intrinsically engaged in it as well. The perception gap between the elites and the popular masses on vital cultural and social issues exists in almost all postcolonial societies. However, this gap is minimal in African countries due to the importance of cultural concerns in their struggles against colonialism. Intellectuals and ruling elites in Africa have understood the value of autochthony. Kenyan novelist Ngugi wa Thiong’o rose to fame after his work, Petals of Blood, was transferred from English to a Kenyan language, Gikuyu, in 1977. This proved exemplary for African authors. Such impetus was lacking among Indian intellectuals as well as the ruling elites of the Nehruvian era. A critic of Hindi literature, Namvar Singh, succinctly described this as “the missing attitude of militant decolonization”.

The moral mandate of the masses for Narendra Modi’s toughness on decolonization is evident from their support for his deconstruction of Eurocentrism. It utilizes the resources of the Indian knowledge tradition and this, in turn, has had an indelible impact on new generations and campus discourses. He quotes, pertinently, the Vedas, Upanishads, Smritis, Mahabharata and the writings of great saints and poet-philosophers like Thiruvalluvar and Tulsidas. He is committed and consistent in his approach. This encouraged research on Indian cultural themes and heralded a climate conducive to India-centric discourses. The failure of the elites to realize their dissonance with this reality has earned them the ire of the masses. It also made their opposition to the RSS and Modi increasingly weak.

Ideological conversations in the West have impacted our narratives about the freedom movement. The Indian National Army (INA) led by Subhas Chandra Bose remained poorly received by the ruling elites of the Indian National Congress as it solicited support from Germany and Japan for India’s war against British imperialism. It was seen as legitimizing fascism and militarism – as if Britain were doing philanthropy in India. British brutality had crossed all bounds. There are several unrecorded incidences of their barbarism. We know a few like Jallianwala Bagh, Ashti and Chimur through our history books. They killed innocent children, like 12-year-old Baji Rout in Odisha and Tileshwari Barooah in Assam. The seven high school students who hoisted the tricolor at the Patna secretariat on August 11, 1942 were killed by bullets from the colonial forces. They are the ones who called the INA and Bose the “Fifth Column”.

The attitude of Congress toward Bose remained unchanged. In 1939, he was forced to resign from the elected position of Congress President by Gandhians during the Tripuri Session of Congress. The Servant of India, published by Poona, reported that Bose, who came to the session despite having a high fever, was accused of placing onions under his armpits to increase his body temperature. None of the great leaders, including Nehru, came to his rescue.

After independence, the request to install the statue of Bose in the capital was rejected by the governments of Congress. On November 3, 1965, this request was made to the Rajya Sabha – it was not the first time. This was finally done by Modi in 2022. The state under Modi does not shy away from expressing its ideological position just as the Nehruvian state affirmed its social philosophy. This is what divides independent India into two distinct eras represented by Nehru and Modi.

Nehru used ancient Indian history to support his arguments for liberalism and humanism. However, his European sense of modernity was a limit to convince those who saw colonialism as a rot that had to be completely eradicated. Essentially, the Nehruvian state was both a lazy and reluctant decolonizer. The government had no answer to the question posed by Dattopant Thengadi on November 3, 1965 to the Rajya Sabha about the continued presence of the statues of King George, King Edward and Queen Victoria in New Delhi. The Nehruvian state and its philosophy had the support of institutions and intellectuals, which were systematically cultivated over the decades.

Modi’s decolonization project has a clear direction and goal. The government repealed several colonial laws that continued for decades after independence. Cultural decolonization was recognized as a concern in the early decades of the 20th century, but it was systematically suppressed by colonial forces and the Western bias of Indian rulers. Rabindranath Tagore in gora (1910) and KC Bhattacharya (1931) in Swaraj in the idea defended its necessity. Bhattacharya said: “The dominance of man over man is felt in the most tangible form in the political sphere. There is, however, a more subtle domination exercised in the domain of ideas by one culture over another, a domination all the more serious in consequence because it is not ordinarily felt. Congress had shown itself totally indifferent to this “slavery of the spirit.” It adopted no less than 423 resolutions on the question of minorities during the liberation movement but could not do the same for the defense of Indian culture and education.

Modi’s determination to remove the symbols and structures of oppression bears a unique similarity to the vision of Frantz Fanon, an anti-colonial thinker. Fanon wrote that “imperialism leaves behind germs of rot that we must clinically detect and eradicate from our and but also from our minds”. The Central Vista project declaims the colonial heritage. The RSS sees India’s past as the fundamental basis of the nation and sees history in its continuity. Unlike the Nehruvians and Marxists, for the RSS, India is a civilizational nation. This distinguishes it from the West and offers it many opportunities to deploy its creative energy in the fields of art, culture, social sciences and philosophy. Indian masses cherish the memory of the early 20th century when Indians displayed excellence in the fields of art, literature and social sciences. The era was led by people like Tagore, Lokmanya BG Tilak, BC Pal, Maharshi Aurobindo and others. This recovery is a collective aspiration of the people and can be achieved through collective effort – beyond the boundaries of ideology and party. It carries the potential to resurrect India’s higher status via philosophy, art and culture. The idea of ​​India cannot shine without it.

The writer is a BJP MP in the Rajya Sabha