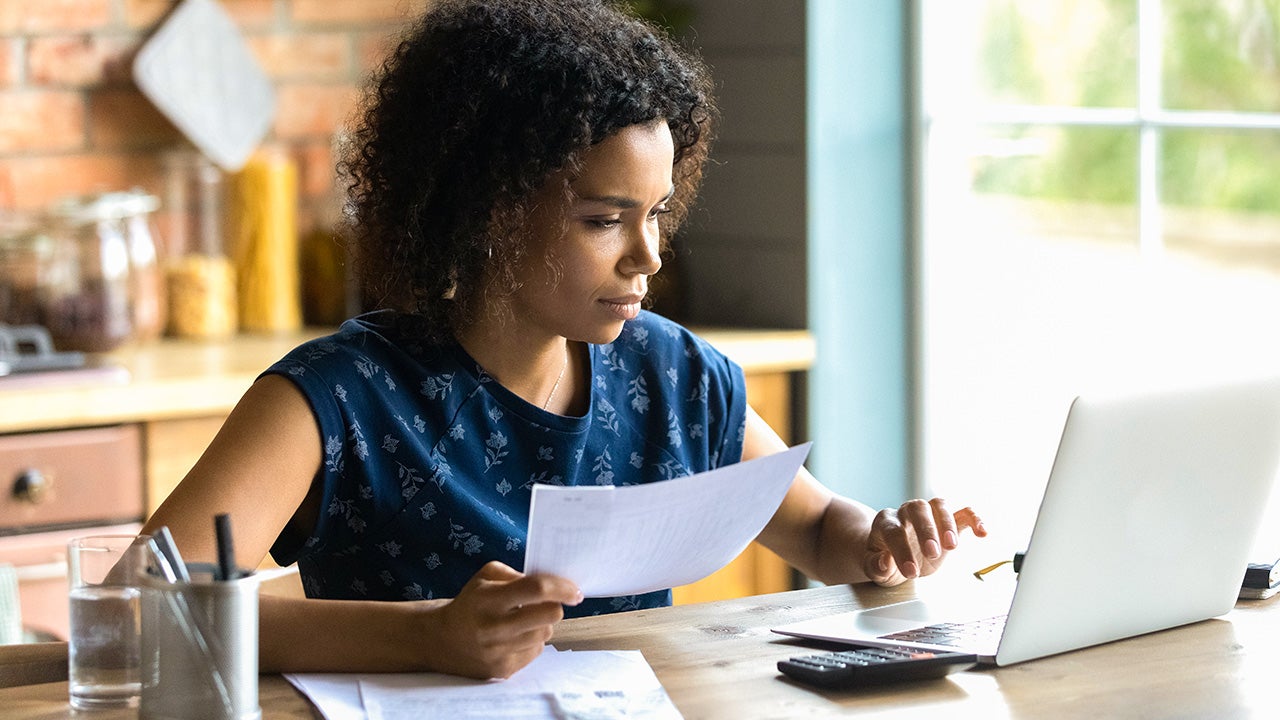 With record inflation driving prices up and student loan debt reaching crisis levels, it’s no wonder young adults are worried about their financial future. The fact is, the American dream achieved by past generations seems increasingly out of reach, leading to a severe lack of confidence among today’s youth.

More than half (54%) of teens who responded to the Teens and Personal Finances survey in February 2022 said they felt unprepared to finance the life they hope to have as adults. And more than two-thirds (69%) said the rising costs of higher education had an impact on their choice to attend university.

The study also showed that more than four in 10 teenagers (41%) received no financial education at school. With that in mind, it’s fair to ask what young adults can learn now that can have a meaningful impact on their finances and their lives.

How to make a budget and stick to it

One of the most important tools young people can use to get ahead is a monthly budget or basic spending plan that keeps track of their money. Learning how to budget is essential if you want to make sure you’re living within your means and saving for things you really want or need, like the down payment for a house or a reliable car to get you to. at work.

There are several different budgeting methods that work quite well, including zero-sum budgeting and the 50/30/20 method of budgeting. You can try any or all of them, but it’s important to find one that works.

According to budgeting expert Dasha Kennedy of The Broke Black Girl, it’s far too easy to believe that you don’t need a budget and that your financial problems can be solved simply by making enough money. However, this often leaves you spending money on “wants” without giving enough consideration to your future goals.

Kennedy lived this way for a while until she finally fell behind on some bills and started to rethink her plan. From there, she started tracking her expenses and began to view her budget as a tool for spending money in a financially responsible way.

“Don’t let misconceptions about budgeting lead you to make the same mistakes I made,” Kennedy said in a YouTube video. “It just takes a little time and a little math to help you track your expenses and income.”

Young adults should also have an emergency fund, which can be used to cover bills in the event of a medical emergency, job loss or loss of income. Emergency funds can start with as little as $1,000, but you should aim to accumulate three to six months of your expenses in a high-yield savings account.

YouTuber Aja Dang said she learned about the emergency fund the hard way when her dog Luke needed emergency surgery after an intestinal blockage. Dang said she almost had to have her beloved pet euthanized due to her lack of extra money, and the whole experience made her re-evaluate her savings plans.

It’s always wise to have extra cash for life’s surprises, whether your employer cuts your hours or you have a surprise car bill. In Dang’s case, maybe your dog gets sick and you have to pay for life-saving treatment. Whatever life throws at you, having an emergency fund can ease the burden.

How to save effectively

In addition to saving for emergencies, young people should also save for specific goals they wish to achieve. For example, it might be a good idea to save money for a down payment on a house or for a trip around the world.

Not tracking your spending is one of the easiest savings mistakes you can make. Even if you know you’re not making big, irresponsible purchases, a trend might be costing you more than you think. (We’re looking at you, DoorDash.) Saving for the future is always easier when you use a monthly budget. After all, a budget makes it easier to intentionally allocate funds for what you really want, including your long-term goals.

Mary Wisniewski, banking editor and fintech reporter for Bankrate, said it took her years to open a savings account after graduating from college, mostly because she felt it would be difficult, if not impossible, to reach your savings goals.

“Looking back, I was telling myself to throw a few dollars in a savings account here and there,” she says. “Breaking down big tasks into smaller ones makes financial goals much more achievable.”

Wisniewski recommends using mobile apps such as Digit, Dobot and Qapital to help you.

How to Navigate and Pay Off Debt and Loans

If you have a student loan or credit card debt, managing your finances can seem like an impossible mountain to climb. However, there are several steps you can take to pay off debt, from using a balance transfer card to various methods of paying off debt.

For example, the popular debt snowballing method asks people to pay minimum payments on their largest debts each month, then spend as much money as possible on their smallest debt. As each small debt is paid off, the amount paid snowballs into the next smaller debt until only larger debts remain.

The debt avalanche method works the same way, except it targets the most attractive debts first. Over time, the debts with the highest interest rates are eliminated until there are only a few debts, then only one.

Banking reporter Liz Hund said she took out student loans to go to college but didn’t realize she had made mistakes with her loans until it was too late. She paid no attention to the interest rates on her loans until after the fact, for example, and made no payments while in school, even though she was working.

“Overall, I’m grateful to be in a position where I have a much better understanding of my loans, but I wish I had taken the time to understand them sooner,” Hund says.

How to avoid credit card pitfalls

Young people should also do their best to avoid the pitfalls of using credit, including the consequences of accumulating debt. After all, credit cards have higher interest rates than other forms of borrowing, and it’s easy to make minimum payments when your debt spirals out of control.

If you want to use credit to your advantage, you can absolutely do so. For example, you can use a credit card to boost your credit score and earn rewards, but you should put paying your balance in full each month at the top of your priority list. In the meantime, only use credit for purchases you know you can afford and avoid using plastic for unforeseen splurges.

Former The Bachelor star Matt James recently shared his credit card debt journey with Bankrate. When James first got a credit card in college and started charging, he didn’t realize he would have to pay the money back. He also didn’t know that the interest charges would make anything he bought considerably more expensive.

“I went crazy,” James said. “I was buying shoes. I was buying video games and I wasn’t thinking because I was like, hey, it’s not my money.

Eventually he realized that the charges belonged to him and he didn’t want to live his life in debt. The reality TV star pointed out that avoiding credit card debt in the first place is much easier than dealing with it later.

How to save for retirement

Finally, most young people will end up regretting having started saving for their retirement earlier in life. This is due to the power of compound interest. The reality is that having more time on your side helps your money grow and accumulate at a much faster rate.

There are many ways to save for retirement, but the easiest is usually any workplace retirement plan you have access to, such as a 401(k). A tax-efficient workplace pension plan is often the best place to start since you can set up automatic contributions through payroll deduction and contributing to this type of plan can reduce your taxable income.

Bankrate Editorial Director Lance Davis adds that it’s smart to open a Roth IRA, a type of account to which you contribute after-tax dollars.

“You pay taxes on the money before you put it in the account, but withdrawals are tax-free in retirement,” says Davis. “That’s okay. Since you’re just starting out, you’re probably in a lower tax bracket today than you will be decades from now.

Also, don’t be intimidated when it comes to choosing investments for your Roth IRA.

“Instead of picking individual stocks, look at low-cost exchange-traded funds that track an entire stock market, like the S&P 500,” says Lance. “That way, instead of betting on one individual business, you spread your risk across many.”

Financial literacy isn’t always obvious, but with the right education and the right tools, young adults can set themselves up for success. That said, there’s a lot more to learn about money than what we’ve covered here.

With that in mind, it’s a good idea to learn about financial literacy and good money management. If you want to deepen your knowledge, check out Bankrate’s library of financial resources, including investing basics, retirement basics and more. The Consumer Financial Protection Bureau, a government agency that advocates on behalf of consumers, is another good place to research.

This dividend fund is down 3% from S&P’s 20% decline. Here are his top stock picks