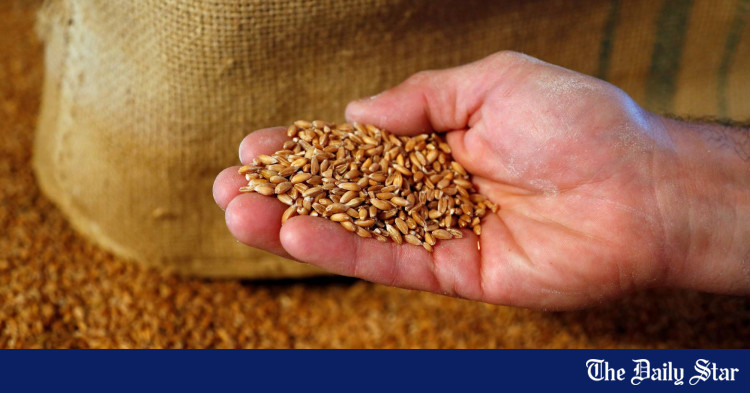 The rapid rise in world food prices in recent months has thrown many countries, including Bangladesh, into crisis, particularly affecting low- and middle-income families, as they spend much of their income on to feed. The Food and Agriculture Organization of the United Nations (FAO) food price index reached 158.5 points, higher than previous peaks of 132.5 and 137.6, reached respectively during the food crises from 2007-2008 and 2011. The Russian-Ukrainian war, dry weather in several countries, and high prices for agricultural inputs such as fertilizers are responsible for lower food production and higher prices.

Around the world, rising food prices and reduced purchasing power due to inflationary pressure are worsening food security in many countries. Globally, according to the FAO, up to 46 countries, including Bangladesh, require external assistance to meet their food import needs. According to the Global Report on Food Crises 2022, 193 million people in 53 countries and territories face food insecurity.

Along with the requirement for additional foreign exchange to import food grains, the import of fertilizer and fuel will also put pressure on Bangladesh’s foreign exchange situation. Russia and Belarus are the two main fertilizer exporting countries, and fertilizer prices jumped almost 20% between January and March this year, having already climbed three times since January 2021, driving prices higher. agricultural products.

World grain trade is expected to contract by 2.4% in 2022-23 compared to the previous year. Globally, grain prices have increased by 27.6% since June 2021. The price of wheat has increased by 48.5%. However, the price of rice only increased by 7% during this period. Bangladesh imported four times more wheat than rice in the 2021-22 financial year.

Climatic factors such as reduced rainfall and flooding have affected food production in several countries this year. The supply chain disruptions caused by the Russian-Ukrainian war – reducing exports from the Russian Federation and Ukraine and driving up global prices for agricultural inputs – are difficult to manage. In addition, the restrictive monetary policy pursued by developed economies to deal with inflationary trends has reduced the availability of credit to meet the decline in foreign exchange reserves which are crucial for the import of food, fuel and fertilizers. . The depletion of foreign exchange reserves due to the payment of higher import bills in the face of a stagnant export volume leads to a depreciation of the currency. This forces countries to adopt austerity measures, including restrictions on imports which negatively impact household incomes.

The solution to the food crisis lies in reviving the global economy, which contracted by 3.1% due to the Covid pandemic in 2020. Although the global economy grew by 6.1% in 2021, with growth continuing in the first quarter of 2022, the growth rate declined even before the start of the war in Ukraine due to global supply chain disruptions and record high government debt. The International Monetary Fund (IMF) cut its global growth forecast for 2022 by 0.8 percentage points to 3.6%. The lower growth rate will affect the income levels of poor and vulnerable people and their effective demand for food will decrease, which will exacerbate poverty and malnutrition.

Bangladesh has tried to combat the sharp rise in food and fuel prices in several ways. The most important of these is a deficit financing policy in last year’s and current year’s budgets, with a gap of 6.2% and 5.4% of GDP, respectively. Bangladesh had to devalue the taka against the US dollar this year. This should have a positive effect on exports in due course. However, restrictive monetary policies in the developed West and shrinking global economy are challenges against which the government has focused its attention on increasing domestic resource mobilization and job creation to sustain growth. economically at a reasonably high level. Total government spending is expected to increase by 14.2% in fiscal year 2022-23 compared to the previous budget. Public services, education and technology, and transport and communications are the three main sectors where budgetary expenditure will increase by 21%, 14% and 24% respectively compared to last year’s revised budget.

In order to encourage the export sector and ensure a stable inflow of foreign exchange, the government has established a special fund of 5,000 crore taka for wages and salaries of export-oriented industries. The export development fund has been nearly doubled to Tk 55,200 crore in the financial year 2022-23. In addition, an additional Tk 73,000 crore has been earmarked for relevant industries and service sector enterprises, and Tk 40,000 crore for loans against working capital for Small, Small and Medium Enterprises (CMSME). The success of the government’s strategy will, however, depend on adequate mobilization of domestic resources.

9 Dolores Umbridge Quotes That Prove She Wasn’t That Bad