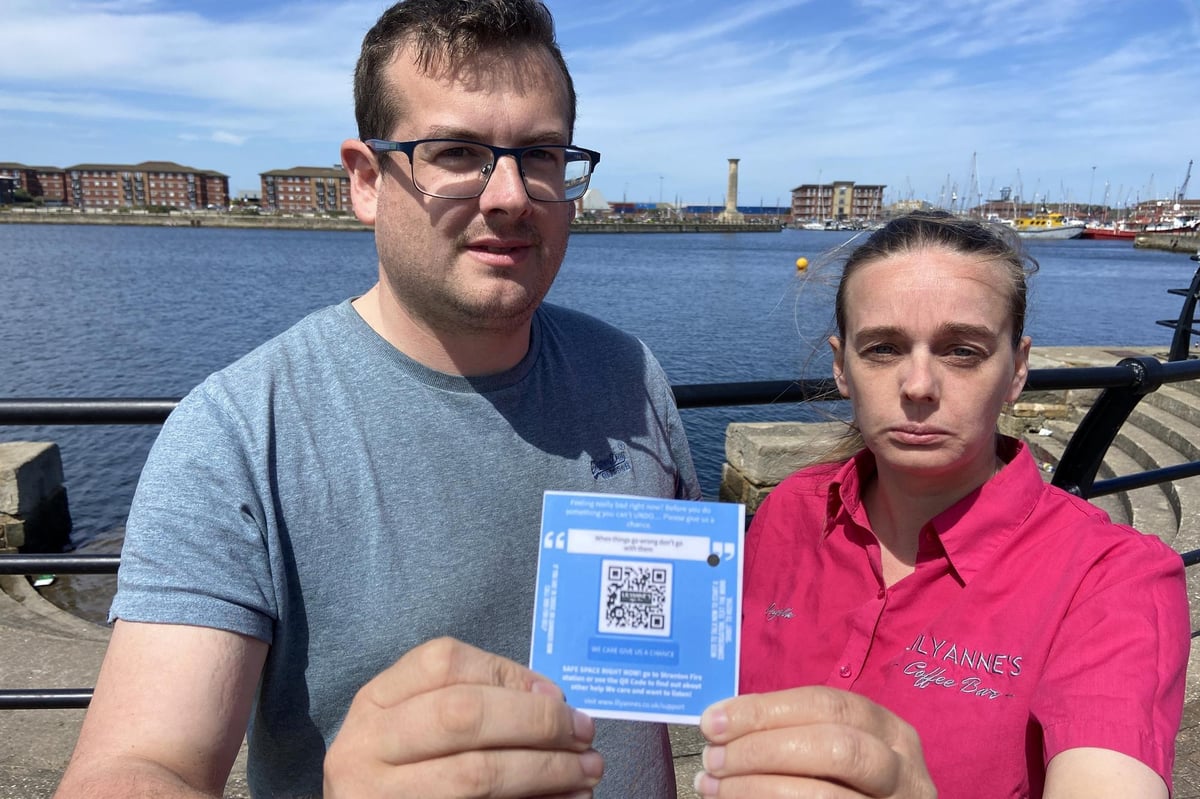 The voluntary and community sector and businesses came together in an emergency following the recent deaths of young men in town.

They have already been scanned nearly 100 times and have been said to have helped save one person’s life so far.

Register to our daily newsletter

Trevor Sherwood and Angela Arnold of LilyAnne’s Coffee Bar with one of Hartlepool Marina’s QR cards. Photo by FRANK REID

A new group where young people aged 16 and over can talk safely is also launching at LilyAnne’s Coffee Bar on Victoria Road in July.

Trevor Sherwood, co-owner of LilyAnne’s, said: ‘There have been a lot of young people who have taken their own lives locally and we have found they have not asked for any support.

“We want to raise awareness that there are services available. We have created and put up thousands of these maps across Hartlepool in high traffic locations just to give people a glimmer of hope and positivity that someone cares.

They were placed in parks including Summerhill, Marina, Headland, Seaton Carew and the Hart to Haswell Footbridge.

Each carries a real message from someone LilyAnne has supported in the past, as well as a text number people can send in a crisis.

They also carry a QR code which, when scanned, takes the user to a list of local support services on the LilyAnne website.

Trevor added: ‘We have received a number of phone calls and believe one of these people has been prevented from harming themselves.

One of the suicide prevention cards circulating in Hartlepool. Photo by FRANK REID

Ary Ahmad, from Ary’s Barbers, is part of the team of volunteers launching the new group We Listen at LilyAnne every Monday from 6.30pm to 9pm starting July 11.

He said: “Some people are struggling and feel like there is no one to talk to. The purpose of this group is that we can help these people.

Anyone in need of assistance can text “Shout” to 85258 or visit www.lilyannes/support for a list of local support services.