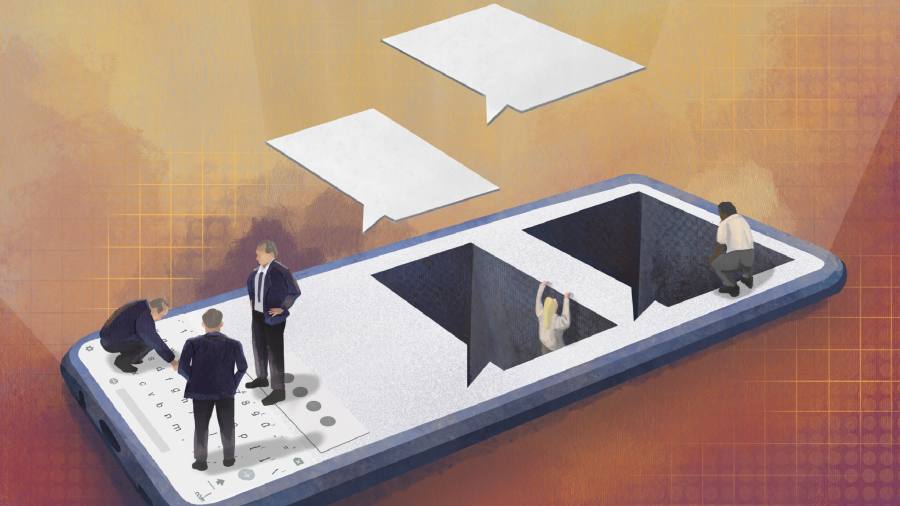 Memo from the CEO

To all Global Cryptobank employees

As I sit here on the 84th floor of our beautiful New York City headquarters, which opened only three years ago but now virtually empty, I want to share my feelings with all of you. I have thought carefully since the outrage that followed my previous note, calling on you to return to work or suffer the consequences.

I’m not the only boss who is frustrated with employees who hope to continue working from home or elsewhere. James Gorman, managing director of Morgan Stanley, told his staff to be back at their office by September 6: “If you want to get paid New York rates, you work in New York. None of that ‘I’m in Colorado. . . and get paid like I’m sitting in New York, ”he said.

Absolutely, James: it’s called Labor Day, after all. But people now seem to take it as provocative that CEOs are talking about it openly, despite advances in vaccination. Staff at Washingtonian magazine launched a one-day protest in May after Cathy Merrill, its chief executive, wrote that working from home could make employees less valuable and easier to let go. The pandemic has made some people very sensitive.

So I consulted Alison, our Global Human Resources Manager, as well as Nisha, my personal therapist, before starting this memo. I also engaged in a long and informative discussion with our executive committee on Zoom, during which I explained my thoughts and eagerly asked for their opinions. I’m the boss but I’m part of the Global Cryptobank team, and I value honesty almost as much as making money.

Their feedback was sincere and unanimous: “Don’t do that, Bob,” they pleaded. “The last time you spoke your truth about our colleagues’ refusal to return, it was a diplomatic disaster that Alison has only just ironed out.” Mike, global head of dogecoin trading, was pretty straightforward. He said, “Bob, some of us have been worried about you lately. Are you losing it? ”

That’s a great question, phrased with the frankness we appreciate so much from Mike at the negotiating desk, and I want to answer it. The answer is, maybe. He’s alone at the top and he’s been alone since this tower was cleaned up. I don’t know how many of you have visited the executive floor, but if you ever come back you should really go upstairs. It has fantastic views.

I have a telescope here, designed by one of our customers in Silicon Valley and made with innovative night vision technology. Sometimes at the end of a long day of lonely work I use it. Looking at the expensive apartments in Tribeca where some of you live, thanks to our generous bonuses, I see bankers on video conference with cameras off, sipping wine.

I started to wonder what my job was for, other than the $ 35 million I was paid last year? If I’m called the CEO but can’t behave like a boss or make managerial decisions, the only part of the role that’s left is that of an officer, which means being in the office. It might be nice if others were too, but some days it’s just me and Joe, the guy at the door, and he’s 84 floors down.

The other day I read an interesting study on the psychology of leaders. He said that while the job can be isolating – people often suck us in, don’t speak openly, that sort of thing – we don’t really feel alone at the top. Giving orders makes us feel connected to others and responds to the evolving need for a sense of belonging. It made sense to me.

The study quotes an excellent speech by William Deresiewicz at the US Military Academy at West Point, and you know how much we CEOs like to compare ourselves to military heroes. “Loneliness means being alone, and leadership requires the presence of others – the people you lead,” he said. Bill is a literary essayist and an English teacher, but I think he gets it.

Can you spot the problem? Leadership “requires the presence of others” and you are not present. It makes my job less rewarding and gives me fewer opportunities to exercise power, so I find myself on my own. He’s an executive lose-lose. I know it’s hard to empathize with the CEO and you have your own challenges, no doubt about it. But that’s how I see it.

I had to stop writing this note earlier to call an emergency board meeting. It seems the word has spread: maybe I wasn’t the only one Mike was so outspoken with. I’m happy to share with you that the board has approved my proposal that you all be invited to report back to the board soon. He also decided that this would be an appropriate time for the leadership transition.

My lawyers are currently negotiating my severance package, including the accelerated vesting of my stock options, and I feel very energetic, sensing many opportunities ahead. When I return from the Hamptons in September, our roles will be turned. You will be at the office and I will be at home in my apartment in Central Park, with the telescope I am taking as a departure gift.

My family is fortunate to have a rooftop terrace with an unobstructed view down downtown to the Global Cryptobank tower. So when you finally get to your office in the fall, I’ll see you.