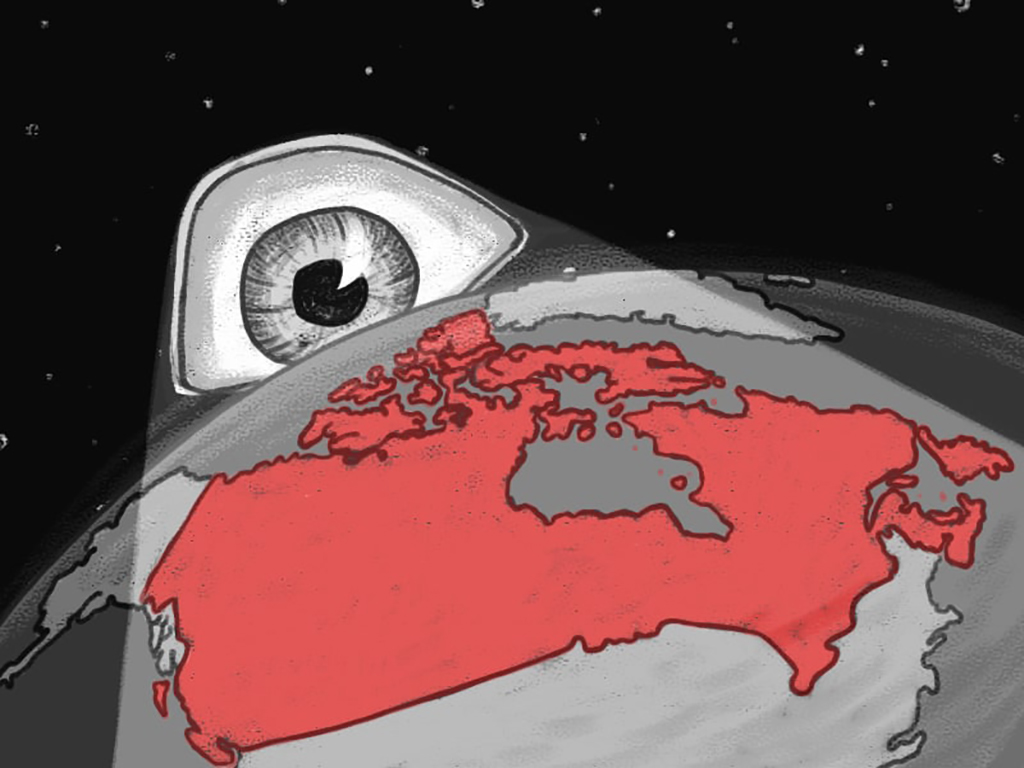 Under the blank stare of today’s media

Also in this series:

Under the white gaze

[Editor’s note: Under the White Gaze originally ran as an exclusive Tyee email newsletter last fall. We’re republishing the full series of essays on our site this month. This essay, the first in the series, was originally titled “Don’t Look at Me Like That!”]

Tyee journalist Christopher Cheung here to share with you my great fear of journalism.

Announcements, events and more from Tyee and selected partners

Our top recommendations for your TBR stack.

My name may be Christopher, but I’m afraid I’m some kind of Christopher Columbus.

It is easy to fall into this trap. Our profession demands that we find new stories that catch the eye. And sometimes, in the service of “average Canadian” readers, we end up presenting them with people and places through the lens of an outsider – or worse, a colonizing power.

I found one old story of mine where I said a neighborhood — a landing spot for immigrant residents for decades from Poland to the Philippines — wasn’t “established” until an artisan ice cream shop popped up installed. Eek! Columbus Alert: Assuming a place is a jungle until someone from the outside world discovers it.

In another story about an Indian restaurant with extensive offerings, I LEDs with the boring and stereotypical description of a “smell of hot curry and spices”. Ah! Way to flatten the food of a huge country, Chris.

Just yesterday, I wrote the phrase “ordinary Canadians” with white Canadians in mind. Does that imply that everyone is a weirdo stranger?

I began to ask myself: why was I looking at the world this way?

When I entered journalism seven years ago, it seemed like an optimistic time for diversity and inclusion.

Newsrooms were keen to show they served everyone by hiring new editors and publishing more coverage of underrepresented groups.

My friends and I, born in Canada to immigrant parents, have dreamed of more representative journalism all our lives. When I entered the profession, I proudly wrote about various neighborhoods in Vancouver that hadn’t gotten much media attention, to show what they were really like.

But over time, I noticed that some journalists, when writing about our city’s diversity, fell into a common worldview, just like me. I struggled to describe the specifics of this gaze, but I knew its effects:

Tales of cultural holidays, pointing to the most exotic aspects and their earliest history. Dancing dragon! People are jumping over the fire! Hm, but where’s the coverage for the other 364 days of the year?

Non-white characters in news stories are sometimes depicted in this old world, Orientalist, National Geographic way, as if they were all harmonious people, part of homogeneous tribes, dedicated to impenetrable traditions. A bit like the stereotype ofgood savage.”

We journalists value objectivity as a pillar of our profession. So how do these examples of dehumanization creep in?

Media specialists have a term: the “view from nowhere”.

Many journalists strive to report on this, to present factual, neutral and balanced information.

At the beginning of my career, I had difficulty reconciling this point of view. Don’t we make all the choices in our relationships? What stories to tell, who to quote and even what quotes are included?

Turns out I wasn’t the only one who thought it was impossible for people to do journalism without a “view from somewhere”.

“No matter how far back, the camera still has a position,” said media pundit Jay Rosen. said once.

“We can’t actually take the ‘view out of nowhere’, but that doesn’t mean objectivity is a lie or an illusion. Our ability to step back and the fact that there are limits to that – both are real. And realism demands that we recognize both.

Open any story and you’ll find three perspectives that shape how it’s presented: the author, the audience, the actors.

The author decides what he wants to show and share.

The audience is who the story is intended for, from the chosen topic to the context included for their benefit.

The actors have their appearance shaped by the author, from what they do to what they say.

These three perspectives can work very well together. A smart writer will provide the audience with exactly what they need to know and present what the actors are saying in a global context.

But imagine if the author internalized a white gaze and wrote for a white audience about non-white people.

If the author doesn’t do their homework, it’s easy for the cover to be steeped in ethnocentrism.

We get stories where people who are not white are considered “ethnic”.

We get stories where foods like sandwiches are described as normal, while others like hummus are considered exotic.

We get stories about indigenous peoples who are relentlessly focused on “disaster coverage” and nothing else within their communities.

We get many stories about European heritage since contact, but very few about the millennia of Aboriginal history before that.

We get stories that say neighborhoods are “emerging“When new condos or fancy restaurants pop up, it doesn’t matter which immigrant families have lived there for decades.

We get stories about racialized people who are not interviewed for the story at all, instead favoring the voices of the white characters speaking about it.

We get simplistic tropes recycled over and over again: the good indianthe model minority, the bad immigrant, the damaged newcomer, the eternal foreigner.

If that’s the only media coverage, isn’t it obvious that the public would start to form stereotypical impressions of these people?

Many great minds have studied the concept of gaze, from Jean-Paul Sartre to Toni Morrison, who coined the term “white gaze” – and used the idea to understand how powerful parties view others around the world.

Think of the privileged gaze common to poverty reporting, with reporters highlighting crime and decay, accompanied by photos of needles in puddles.

Think about the male gaze common in cinema, filmmakers sexualizing women whose only role is to accompany heterosexual male characters and please hetero male audiences.

These looks determine What we see and How? ‘Or’ What We see it.

We happen to live in a country with Anglo-Saxon colonial roots, and our most widely spoken official language is English. Is it really surprising that our media takes a white perspective for a white audience when reporting on indigenous peoples or “ethnic communities”?

Even the term “ethnic” is a product of white gaze, assuming that being white is the basis by which all other peoples and cultures are measured.

True representation in the news media is not limited to the mere presence of “visible minorities” who see faces like us on a page or on screen. It’s about everyone seeing people like us as part of society.

Disclaimer: I am not trying to solve racism, life, the universe and everything.

I try to investigate the barriers of race and representation that I continue to encounter in my reporting.

I just used the term “visible minorities”, but what about loaded language like this? How to introduce English-speaking readers to cultures with sensitivity and precision? How do you convince people unaccustomed to sharing their story that their voice matters? And of course, what do you do when white readers downplay stories that mention race and say we should focus on “real” crises like climate change and runaway capitalism instead?

Readers have told me proudly that they “don’t see race” and that I shouldn’t waste my time writing about it. Well, if they don’t see race, no wonder they don’t see that racism exists and how it is intertwined with other crises. Just look at our uneven pandemic. Racism won’t go away just because some of us cover our eyes.

“The greatest trick the devil ever played was to convince the world he didn’t exist”, poet Charles Baudelaire said once.

It’s the same with racism and privilege. Advantaged or disadvantaged, we all play a role. And it takes hard introspection to see that.

Hey, I’m not white, and I barely noticed that I was internalizing the white gaze myself.

The Dark Side of New Media Business Models

When I was a kid, I took a bite out of a sesame ball and asked what the sweet paste was inside. It was red beans, but my mother, hoping to identify with the young Canadianized me, told me it was “Chinese chocolate.”

Ahh, the blank stare, and its ability to erase the cultural knowledge of desserts!

More seriously, this incident taught me that information is shaped by who is presenting and to whom it is presented. It’s a huge power.

By the time you have finished reading the articles in this series, I hope you will learn to grasp the distorting effect of white gaze in Canadian news media and how journalists can strive for representative reporting. that promote equality.

At The Tyee, we first published this series as a newsletter, subscribed to by over 5,000 people, whom we invited to brainstorm discussion questions and share their thoughts with us. We’ll include some along the way. Thank you for joining this journey.

Ken McFarlan: “I’ll start by saying I’m white — and masculine. I wake up white, can urinate on getting up, and never think about it again in my day to assess whether I’m being treated as “less than” or have a slew of assumptions/observations made about me that have the potential for any interaction to become stressful or cause anxiety. I can’t say you chose an easy task, but I look forward to hearing your thoughts and views. If you push the needle a bit into the territory of people examining their language to be inclusive and welcoming to every reader, then that will be a good thing.

20ft tall Mahatma Gandhi statue made from 1,000kg of rubbish unveiled in Noida