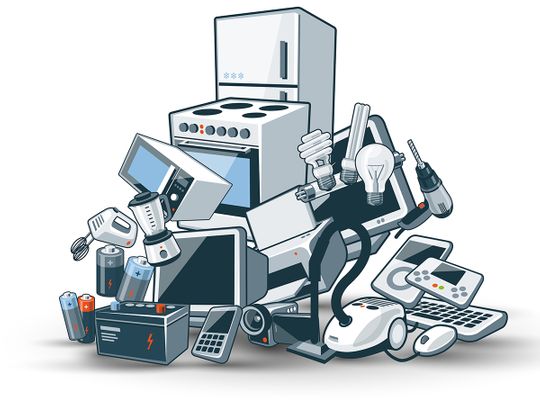 There must be an easier way to clean up trash

The other day I wanted to do a Marie Kondo and give things away for free, but no one was interested and some guys even suspected something was wrong.

“Why are you giving it away, does it work?” were the most frequently asked questions when I posted on Facebook ‘Marketplace’.

At first it seemed great that we had all these gadgets, but soon the excitement died down because we also all had laptops and each of us had a smartphone, which is like a mini computer, so iPads were finally thrown into a desk drawer, with all their wires and charging boxes.

(Incidentally, when I came home with a brand new Blackberry in a box, none of the millennials in our house were interested because it didn’t have a touchscreen. I was sad reading the news recently that Blackberry was decommissioning its old software January this year)

The drawer with the iPads looked like a kitchen drawer with its various silicone spatulas (which our cook never uses), tons of tongs, honey drizzle stuff, which are called honey dippers I believe, and that you can never rush, but watch the honey slowly, dreamily drizzle on your bread, and dull knives, etc.

When you’re cooking in a hurry, this drawer is the last place to find that ladle you’re looking for.

Before trying to give the iPads away for free, I tried to sell the lot, but the guy at the Apple Store (in India) looked at them and said they came from way back in time, or something of sarcastic, and would give me, and quoted a ridiculous sum, and I involuntarily laughed.

When I got on Facebook, I found you could get some really cool stuff, without paying a dime, and spent hours looking at free exercise bikes, cookbooks, and dying plants. . (Exercise bikes are one of the most useless things around every home that people use to hang their clothes to dry).

If you live by the cheap person’s creed of never buying anything you can get for free, then there are various websites where you can get things just for the price of picking it up, and there are tons of helpful articles and books on this topic.

In some places, you could get free food.

In Dubai, some supermarkets reportedly have saleswomen standing at counters with trays full of goodies to sample. I would take my child, then I would circle around these women and pick up cubes of cheese stuck in toothpicks, cookies, drink free juice on the way and even get free ice cream, then a phone call came from my wife at home, asking why we were taking so long to shop.

I still couldn’t get rid of the iPads and in desperation I gave the Samsung tab to the maid’s daughter who was studying for an exam, she was thrilled at first but said they didn’t didn’t have a high-speed Internet connection at home.

I couldn’t find a place here in Bangalore where you can throw away your electronics and all those charging wires that give off dangerous radiation so I told my wife I would put the lot in a harmless bag and the would leave the night in the street.

She said it was a stupid thing to do because all the roads are monitored by cameras and leaving a suspicious bag on the street would get me arrested immediately.

I don’t know how Marie Kondo does it, but there must be an easier way to clean up the trash in your home.

Putin ‘seems erratic’ and other quotes of the week