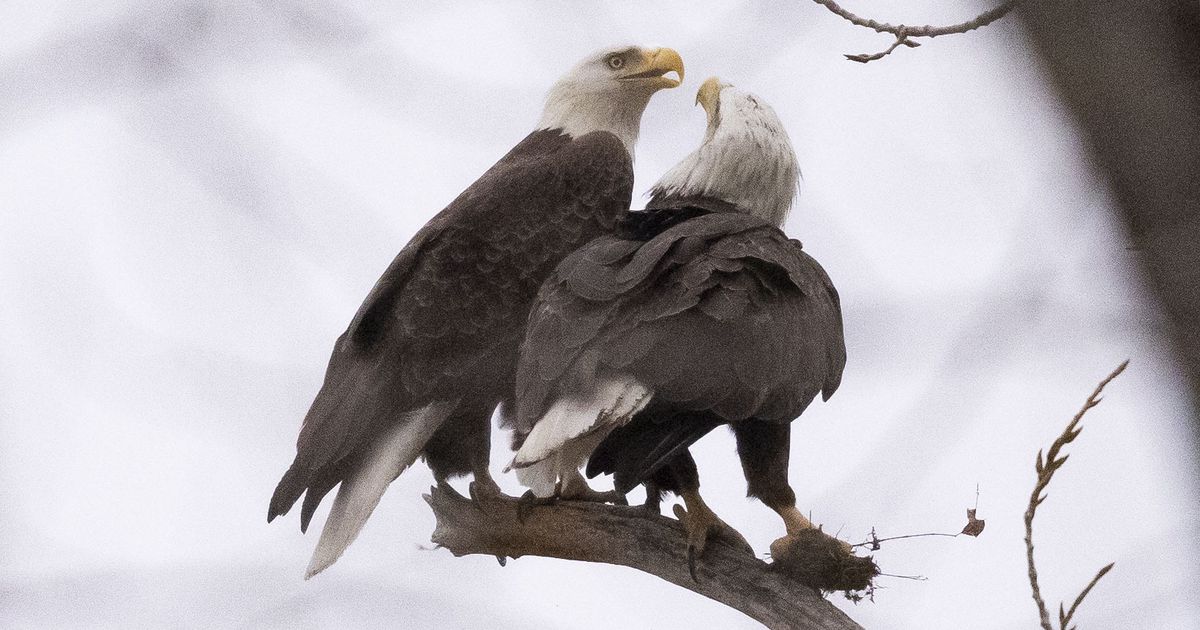 “What is important to remember here is the resilience of eagles. It’s probably a young pair, and they’ll have a better chance of having nests in the future. — Sam Kieschnick, urban wildlife biologist with the Texas Department of Parks and Wildlife, on site at White Rock Lake where a bald eagle nest containing eggs had fallen from a cottonwood tree after high gusts of wind. A crowd gathered on Tuesday and the eagles circled around, calling and crying. (Tuesday, The Dallas Morning News)

“I hate this sport, I hate this sport, I hate all of it. I will not go to the medal ceremony. … I do not want to go. — Russian figure skater Alexandra Trusova, after winning a silver medal and seeing teammate Kamila Valieva, 15, favored for gold, endures a week of global scrutiny after being cleared to compete despite testing positive for a banned substance, then stumble through his routine, places fourth and faces a public reprimand from his trainer. Trusova, who was upset that she didn’t win the gold herself, later said she was emotional and would decide her future later. Trusova is 17 years old. (Friday, BBC)

“He doesn’t like the toughness of our coaches, but everyone knows that the toughness of a coach in high performance sport is essential for his athletes to achieve victories. And we see that athletes win victories.” — Kremlin spokesman Dmitry Peskov responded to International Olympic Committee President Thomas Bach, who said he was “disturbed” to see Valieva floundering during her routine and found her public dressing “chilling” his trainer. (Friday, Reuters)

“A bluff must be very convincing.” — Fyodor Lukyanov, a Moscow foreign policy analyst who advises the Kremlin, who said President Vladimir Putin’s threats to attack Ukraine will always stop before a full-scale invasion, but he will use other means of disruption, including making the West believe it will attack. (Friday, The New York Times)

“It is time for us to return to as much normality as possible. We have been careful and thoughtful about protecting the health of our students and staff. But I think it’s time.” — Dallas ISD Trustee Dustin Marshall, on the district’s plans to stop requiring masks by the end of the month. (Friday, The Dallas Morning News)

“As a company, we have to adapt. There are preserves, and although we have never used them and our goal is never to use them, I will say that we will do everything we can to continue to have fresh avocados in our restaurant.” — Robert Stevenson, general manager of Tex-Mex restaurant Mattito’s in Oak Lawn, on the US ban on imports of Mexican avocados following a threat against an inspector. Most avocados consumed in the United States come from Mexico. (Wednesday, The Dallas Morning News)

“Is it correct to say Jew? Yes! Please don’t say “fellow Jews” or “persons of Jewish faith”. Just JEWS. Thank you!” – Daniel Botmann, head of the Central Council of Jews in Germany, responding to an update to the German dictionary Duden explaining that the term Jude, or Jew, is sometimes “perceived as discriminatory” due to Nazi history, and offered alternative constructions. Duden has since changed the update to say the Jew is fine. (Wednesday, The Associated press)

“We’re not in a huge market where we are in Illinois, and Texas is huge. And Texas has the best gun culture in the world.” — Kevin Hogan, president of Rock Island Auction Co., an Illinois collectible firearms dealer that will take over a former Walmart in Bedford to add a North Texas location as early as next year. (Friday, The Dallas Morning News)

“When I first heard those Snoop and Dre songs I was driving a white Saturn. You? #superbowl at halftime” — Dallas Paul Varghese Comic (Sunday, Twitter)

Metrophilia: how to love Dhaka