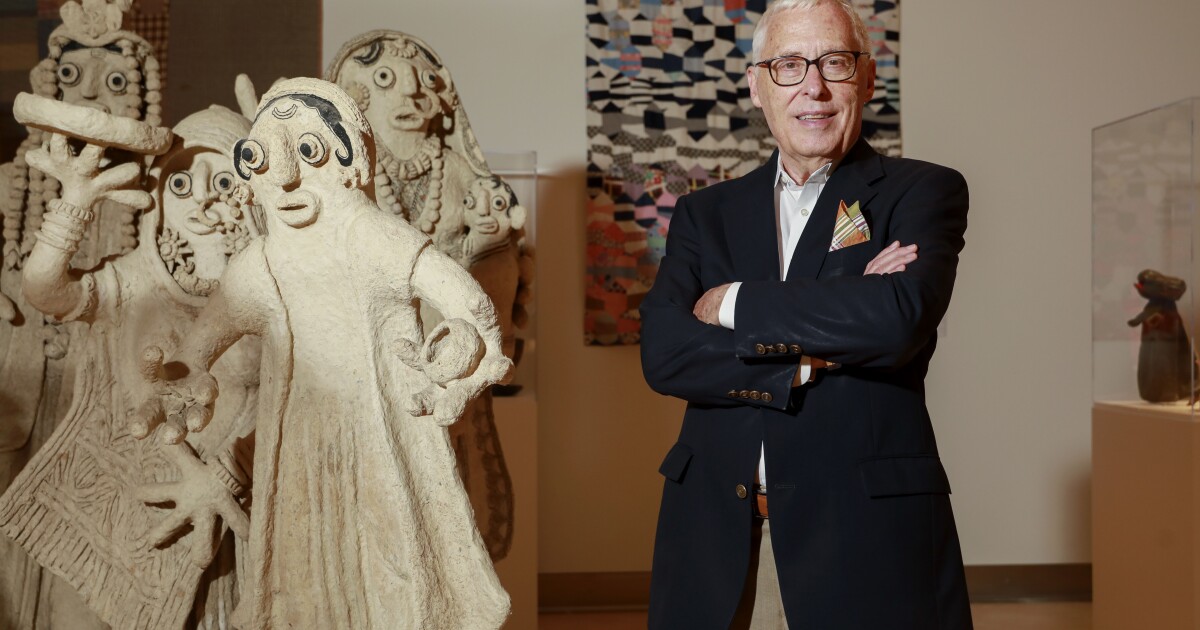 The New Mingei: “Something of Authentic Beauty and Wonderful Use”

When the Mingei International Museum in Balboa Park reopens on September 3 after three years and a $ 55 million reimagining project, customers will witness a marriage of craftsmanship and design.

â€œWe realized early on that we could allow the building and renovation process to be a real expression of our mission as a museum,â€ said Mingei Executive Director and CEO Rob Sidner, â€œin the way we would use the materials and the choice of materials. and a commitment to highly refined craftsmanship wherever possible.

The result, Sidner said, â€œSomething of genuine beauty and wonderful use. It is highly adaptable, modular, flexible. It really has been a widespread effort to transform the way we operate as a museum. “

A partnership between the museum and San Diego architectural-designer firm Luce and studio, the renovation project not only improved what Sidner called the “attitude and openness” of Mingei, 43, but the has equipped amenities that include a stylish bistro bar in the museum commons, boutique, walk-in cafe, education center, and inviting public spaces inside and out. A new staircase will lead to a previously unused space in the museum tower and inside a glass sculpture by the craftsman who transformed the Dale Chihuly genre.

â€œThis museum has always been dedicated to the arts of the people, the art of the people for the people,â€ said Sidner of Mingei, which houses more than 27,000 objects from 162 countries. â€œWe’ve tried in this renovation to take it in spades, to make sure people know that even though we’re putting a lot of money into it, that’s not what it is. It’s about making it a building open to the community, a building that says â€œThis is yoursâ€.

â€œMuseums exist for the general public. These are community assets that exist to open up to people the great achievements of human creativity. We want San Diego to know this is their museum.

As a celebratory gift to San Diegans, admission to Mingei on the opening weekend – September 3-6 – will be free. With everything that has been transformed at the Mingei Museum, a familiar friend will be in place at the main entrance: the mosaic alligator by Franco-American sculptor Niki de Saint Phalle, known as â€œNikigatorâ€. Saint Phalle’s acrylic resin sculpture â€œThe poet and his museâ€ is located at the new western entrance to the museum from the Alcazar garden.

Inside, two reopening exhibitions await the public: â€œGlobal Spirit – Folk Art from the Ted Cohen Collectionâ€ and â€œHumble Spirit / Priceless Artâ€, which was curated by Sidner himself. In addition, objects from the permanent collection of Mingei will be exhibited on the open-access Commons level of the museum.

The Cohen Exhibit features folk art from the collection of the late Oakland-based collector and exhibit designer. “He gave us over 10 years at least 500 objects probably from at least 20 countries,” Sidner said. â€œHe was a great traveler with a wonderful eye, and he stuffed his little apartment with these things. We hope we will give a little insight into how he lived with them. “

Among the objects in the Cohen Collection are 200 works, including handmade dolls, puppets, masks, instruments and baskets, all from his 62 years as an exhibition designer in more of 30 museums, including the Mingei.

â€œHumble Spirit / Priceless Artâ€ is of particular significance to Sidner, who is in his 27th year at the museum. â€œI had a great opportunity to be exposed to used objects from cultures around the world,â€ he said. â€œIt’s a show that, as I neared retirement, wanted to reflect in my own way about what Mingei is to me.

â€œThe first thing is that we can find out. Dr Yanagi (Japanese art critic and philosopher Soetsu Yanagi, founder of the mingei movement) always encouraged people to look at the world with new eyes, to discover beauty where we might have missed it, in places unusual.

The â€œHumble Spiritâ€ exhibition focuses on objects made from found materials. â€œIt’s an effort to look at things made from the simplest materials,â€ Sidner said, â€œthe least expensive materials. Yet they are objects of great beauty and great pleasure – things made of paper and tin and clay and straw and wood and papier mache. Real artists do wonderful things out of limited materials. It’s really important for all of us to know that.

Unsurprisingly, Sidner likes to quote Yanagi: â€œHe used to say that a lot of the simpler things, if used and respected and cared for although they cost little, become like friends, what he called â€œcompanionsâ€ in our lives who have affected us.

As the Mingei Museum enters a new era, Sidner thinks it’s important to think about how little things can be ‘monumental’ and to realize that works of art exist in our own homes, in our midst. .

“We are surrounded by beauty and things that we have lived with day in and day out.”

Sidner’s â€œHumble Spiritâ€ exhibit also makes a statement about the â€œdisposable worldâ€ we live in, in which, he said, â€œwe think things are only good when they are. new”.

â€œToday our museum increasingly needs to draw attention to taking care of and respecting what we already have. Ultimately, it’s a way of respecting each other. If we can’t respect each other, we’ll never show respect for things. “

Reopening of the Mingei International Museum

Admission: The museum will be free for all visitors from Friday September 3 to Monday September 6. After that, admission is $ 14 for adults; $ 10 for seniors, students, military and college students; free for those 17 and under

What to expect: In addition to the new look and equipment, the exhibitions “Global Spirit – Folk Art from the Ted Cohen Collection” and “Humble Spirit / Priceless Art” will be presented.

How cities change at night