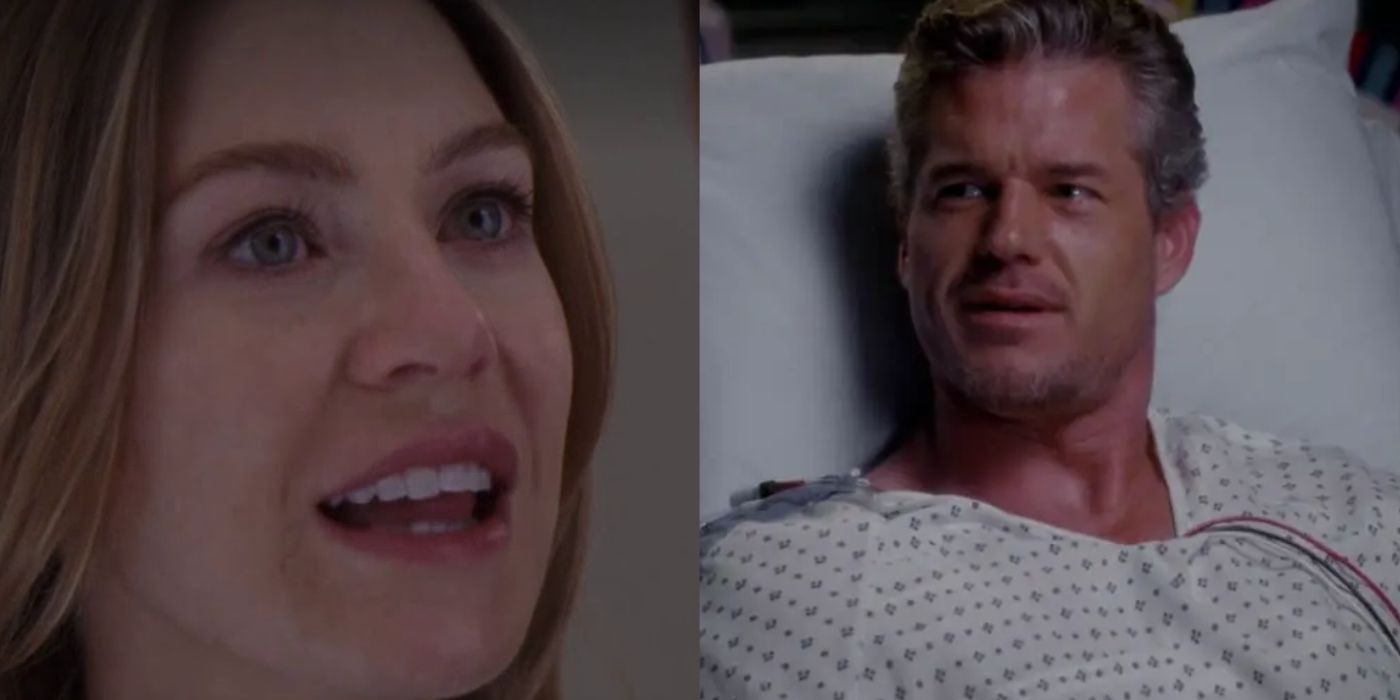 Grey’s AnatomyThe 19th season will premiere on October 6, and fans can expect a few changes, including minimal appearances from protagonist Meredith Grey. Could the end be near? Hopefully not. It would even be interesting to see a new protagonist.

On ABC’s medical drama, characters have come and gone, with some even returning, but one thing that has remained constant is the dialogue. With over 2 decades of lines to choose from, picking a top 10 list would be all about the writer’s opinion in all other circumstances. But the show’s loyal fans are never shy about making their voices heard on Reddit and in a few threads they’ve picked out the remarks they think are the best.

“You say it and you say it loudly.”

Noticing that Jackson Avery is reluctant to express his feelings to April, Mark gives her some advice. TrustIsEarned2020 says the quote “changed my perspective on when to tell someone you love them”.

As the show’s chief seducer, Mark can be trusted to provide the best advice when it comes to winning the heart of someone you desire. Monogamy is a challenge for him, but there is no doubt that he has mastered flattery. Thanks to his advice, Jackson puts in the necessary efforts. In no time, he and April become one of Grey’s Anatomy‘s best couples.

“There is a land called ‘Passive Aggressiva’ and I am their queen.”

During one of their arguments, Derek calls out Addison for standing up to everything he’s trying to pull off in the relationship, and Addison responds appropriately, Redditor _murmaider_ says “that’s the one”.

We can always expect Addison to hold his own. A distinct difference between her and Meredith is that she never bends to Derek’s will. Here, she makes it clear that she knows what she’s doing that irritates her partner, but she doesn’t particularly think she’s doing anything wrong. For her, it is the other party that overreacts.

“There are bats everywhere, Alex. And they know everyone’s phone numbers.

As Richard scolds Alex for his poor work during his tenure as acting boss, Alex quotes Richard’s mother. Richard isn’t happy about this, so Alex explains why he can’t quote his mother giving an example of some of the weird things she used to say. Redditor kidretro_ comments, “I love so many lines from the show, but this one is so funny.”

Alex is certainly not one of the best chiefs of surgery in Grey’s Anatomy since he makes a total mess during his short tenure, but he makes a good point. He’s never had a good parental basis to base his decisions on, so he’s just trying to figure things out over time. The quote about his mother is hilarious because bats are blind and there’s no way they don’t have people’s phone numbers. There’s no reason for them to have that kind of knowledge either.

“I refuse to apologize for the way I chose to fix what you broke.”

When they decide to wear makeup, Derek expresses his disappointment that Meredith opened up her heart to other people. Meredith thinks the whole thing doesn’t make sense and many agree, including ash894 who writes, “If you’re going to clap on screen at Grey’s it’s during that scene at that quote.”

Indeed, Meredith has no reason to say sorry to Derek because it was he who left her to return to Addison, whose love for him had already diminished. It’s something Derek doesn’t realize until later, which is why he tries to hit the rest button with her. As always, he tries to make it look like it’s her fault, but she refuses to be intimidated this time.

“Are they licking the seats?”

While Maggie and Amelia are inside Meredith’s car, Maggie mentions that Amelia isn’t wearing panties. Meredith is furious that her kids will sit there too, but Amelia insists that will only be a problem if they like to lick the seats. ThePeasantKingM writes, “What kills me with the line is her gestures when she says it.

It’s weird moments like this that make Amelia one of the friendliest members of Meredith’s family. From a medical standpoint, there’s no way her fashion choice will affect Meredith’s children. On this occasion, Meredith and Maggie channel their moral superiority, so it’s good for Amelia to defend herself.

This is the best advice a departing friend can give to someone who has had problems in their relationship. Cristina knows that since she won’t be around, Meredith might have a harder time making good decisions about issues related to Derek because her judgment is clouded by love. The advice kind of sticks, but fans never see her implement it for too long as Derek becomes a statistic in the saddest Grey’s Anatomy deaths.

Wanting to spend the rest of her life with Derek, Meredith urges him to divorce Addison. DAseaword says the line is “cliched, but I still get it”.

The Redditor is correct that it’s one of the most referenced lines in the series. Even though it’s been used so many times, it’s a brilliant line because of the raw honesty that shines in the words. Meredith loves Derek, and she wouldn’t have it any other way. The only thing that ruins what is one of Grey’s AnatomyDerek’s most romantic moments are that Derek still considers rekindling his relationship with Addison after this.

Redditor naive_antelope thinks the “McBastard” line was golden. In one of the best examples of “Mc” labeling in Grey’s AnatomyGeorge seems surprised when Meredith tells him about Derek’s antics.

Trust George to squeeze three “Mc” tags into a single sentence. His remark is not only good because it’s funny, but also because it highlights one of the most interesting habits of doctors: their need to gossip. With the exception of a few people like Richard and Burke, other doctors can’t help but poke their noses into other people’s lives.

In order to get Callie’s father to warm up, Arizona gives him details about her own childhood. Ariri2005 calls it their “favorite speech of the whole show”.

Not only by courting Callie, but also by trying to make herself understood by her father, Callie proves that she is a devoted father. The quote also highlights the struggle members of the LGBTQ community have to gain acceptance from others. Callie’s father’s initial disapproval has nothing to do with the character but the fact that it is a lesbian relationship.

“I will always love you. But I don’t want to love you, I want to be happy.”

Tired of the complexity of her relationship with Mark, Lexie suggests that they break up. PlasticWillow thinks the quote “summarizes how we don’t choose who we love”.

As charming as Mark is, he is a toxic lover due to his inability to commit to just one person. Lexie’s words underscore her difficulty letting Mark go, given how much her heart has warmed for him, but as she says the words, viewers have no choice but to support her because it is clear that if she stays with him, she will end up heartbroken.

Funny Quotes About Troublemakers For Those Who Live For Evil