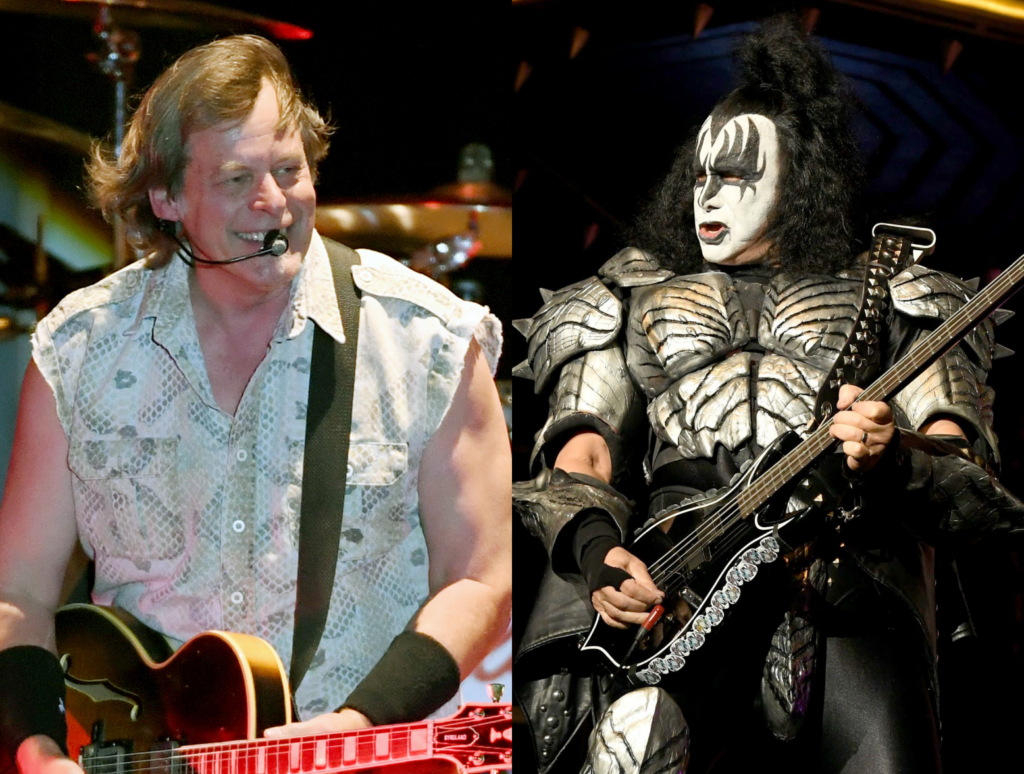 Ted Nugent criticizes Gene Simmons for his position on vaccines

Gene Simmons has been very open about his feelings about anti-vaccines and even said at one point that he’s not “worried if some idiot gets COVID and dies.” Ted Nugent is also very open about his position on COVID-19 vaccines, which had a lot to say in a recent interview regarding Simmons.

Nugent said during an appearance on the “Joe Pags Show”, “I think [Gene has] been so bombed. Remember, he lives in Los Angeles. Number one, I love Gene Simmons – he’s a big man, rock solid in the asset column. But my own brother, who has also spent most of his life in New York and LA, they are so overwhelmed with lies and hate and misinformation. And when the people on the coast – and I mean overall; only the guilty need to feel guilty – but when they call someone a racist, they are racist; when they deal with someone as a child molester, it usually comes from a child molester. So you need to give them the benefit of the doubt.

Le Nuge continued, â€œBut the real shock, I think, and you’ll agree, is that here is Gene speaking the truth, logic and common sense most of the time – I really respect the big picture of man – but here is a man who constantly refers, and rightly so, that his mother survived the Holocaust where abusive monsters of power forced people to succumb. And then the Nuremberg trials proved that none man, no human has the right to re-impose drugs or unwanted experiences, like this investigational drug, on people.

Nugent adds, “And here is Gene Simmons, who so powerfully educates people about the horrors of demonic Nazism and the Holocaust, then he compartmentalizes it and literally falls into the abyss of abuse of power.” It’s kind of like a lot of my Jewish friends who are anti-guns and think guns should be banned, which was what Joseph Goebbels and Hitler didâ€¦ I can’t explain it. I just know I love Gene Simmons, and I’m going to call him up and try to fix it.

Earlier this month, Simmons said in an appearance on TalkShopLive, â€œI don’t care about your political beliefs. You are not allowed to infect anyone just because you think you have rights which are delusional, of course. You are not allowed to pass a red light; in fact, the government has the right to tell you to stop. You have to put on a seat belt. “

He continued, â€œIf they tell you that you cannot smoke in a building, you cannot smoke in a building. And it’s not because they want to take away your rights; it’s because the rest of us hate it. We don’t want to smell your smoke. I don’t want to catch your disease. I don’t want to risk my life just because you want to pass a red light. This whole idea, this crazy, evil idea that you can do whatever you want and the rest of the world be damned is really terrible. You need to identify these people and bring them out into the open, so that you know who they are.

Simmons would add, â€œKnow who your friends are and how much they care about you. This includes COVID. If you are willing to walk among us without being vaccinated, you are an enemy.

Erica Banas is a classic rock / rock news blogger who knows the label well and is extraordinarily kind.