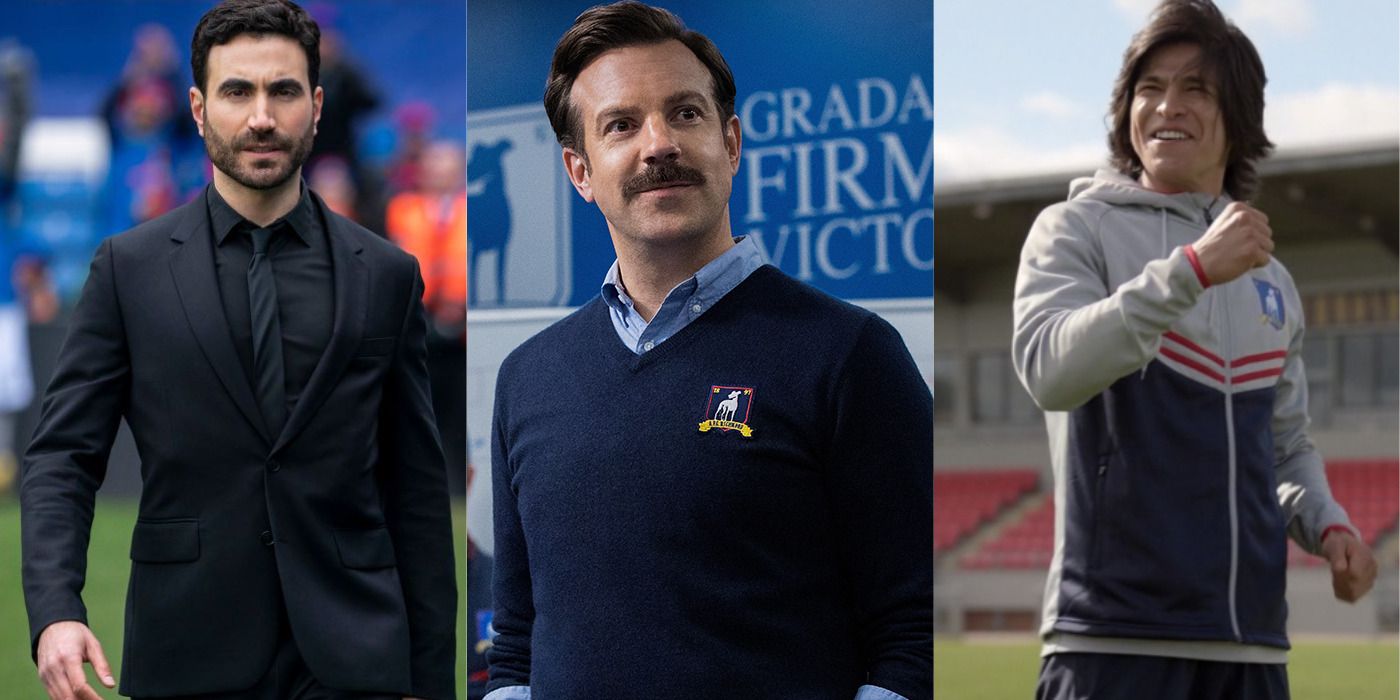 Ted Lasso: The 10 Most Inspirational Quotes

A third season of the hit Apple TV, Ted lasso, should arrive next year. The series saw Ted (the unlikely candidate for a British football team coach) take on his role with enthusiasm and conviction at AFC Richmond, helping himself and the team to progress.

Not only does the show brilliantly combine drama and comedy, but it also interweaves that with moments of wisdom and inspiration, which are always perfectly in sync. From love and heartbreak to victory and defeat, at least one character in every situation always knows what to say and how to help motivate themselves or their peers.

In the opening episode, Ted and Coach Beard boarded a plane to the UK to begin their new job, knowing they had a challenge ahead of them. Coming from American football, the duo had a lot to learn, and in some cases, a lot to unlearn.

The concern of the fans was manifested even before their arrival. During the flight, one of them walks up to Ted to tell him, “You’re a legend for doing something so stupid, it’s mental. They’re going to kill you.” Ted barely blinks, admitting he’s heard this before and is ready to continue. No matter what people think, he won’t give up and he won’t be defeated.

Ted is good at being able to read someone’s personality quickly and accurately. At the start of the series, Jamie Tartt may be the most defiant player Ted has to face, but he resumes his egotistical character from the start.

In Season 1, Episode 2, Ted chooses calm instead of raising his voice to get his point across to Jamie. He recognizes his talent, but also kindly offers him a way to make himself even better. Ted is ready to inspire anyone, whatever their attitude.

“If you’re with the right person, even tough times are easy.”

In the turmoil of his marriage to Michelle, in Season 1, Episode 5, Ted finds himself talking about relationships with Coach Beard and Nate. He explains why he flew to England, when he worried about his marriage.

Ted then asks Higgins about his relationship, wondering if they’ve had their ups and downs. Perhaps unknowingly, Higgins proves the importance of a happy partnership in a few short words, which seem to hint at the motivation to keep looking until you find the right fit.

“You’re not leaving Ted, you just let me go.”

Ted had to leave his wife and son in America when he started working at AFC Richmond. Shortly after, they visit him, much to Ted’s delight. Unfortunately, Michelle doesn’t want to be with Ted anymore, so he walks away from the relationship, allowing her to be happy.

At this point in Season 1, Episode 5, Ted is expressing his disappointment at having quit. However, Michelle explains that he’s not giving up, prompting her to realize it and know he’s doing the right thing.

â€œAll that matters, Roy Kent, is what you think of Roy. “

Fame and fame are an integral part of a professional football career and the players at AFC Richmond are no strangers to it. Every game they are watched by adoring fans, though every mistake they make is scrutinized as well.

As the oldest player on the team, Roy is increasingly concerned with becoming a â€œhasbeenâ€ and not being anything else. In Season 1, Episode 9, Keeley encourages Roy’s niece, Phoebe, to describe him, which indicates that he is much more than just a footballer. Either way, Keeley makes it clear that the most important opinion of himself is his and that no one else matters.

Rebecca starts dating again after her divorce from Rupert. In Season 2, Episode 1, she has a double date with her newfound interest, John, and Keeley and Roy. They all exchange stories and a polite conversation before the end of the night.

After John leaves, Rebecca wants Keeley and Roy to give their opinion on him, resulting in a very middle-of-the-road response. Eventually Roy gets quite lively and delivers one of his best quotes in Ted lasso, adamant that Rebecca deserves more than someone who is “well”. He understands that Rebecca has so many great qualities, wanting her to know that she should never be with someone on a lower level.

“I would like to withdraw from my campaign with Dubai Air.”

A cheerful character on Ted lasso, with many fantastic quotes that explain his overall personality, Sam is highly regarded at AFC Richmond. He never intended to hurt anyone, only wishing the best for others. Sam is participating in an advertising campaign for Dubai Air, which is owned by Cerithium Oil. Upon seeing the announcement, Sam’s disappointed father divulged the information that Cerithium Oil was the cause of the damage caused in Nigeria (their home country) after an oil spill.

Sam becomes as upset as his father and, in Episode 3 of Season 2, tells Rebecca that he no longer wants to be a part of their campaign. He courageously chose to step aside without any fear of the implications because defending his home came first.

Although Dani’s wellness slogan is heard throughout Ted lasso, it’s always inspiring. Dani is totally passionate about football, engaging in every aspect of it.

Introduced in Season 1, Episode 6, he approached his first workout with vigor. And while the quote does refer to football, it can apply to anything. His belief in the game he plays, as well as the joy it brings him, is an inspiration to everyone, no matter what they do.

“And while I think Ted Lasso will fail here and Richmond will suffer the embarrassment of relegation, I won’t be gloating when that does happen, because I can’t help but support him.”

â€œTrent Crimm, The Independent,â€ is a pretty stern journalist, following Ted’s development and his progress as a coach. Word that spread in the media was that Ted basically didn’t know what he was doing and had an extremely unusual way of doing it.

Naturally, that didn’t bother him, as he reveled in the opportunity to spend a day with Trent in Season 1, Episode 3, while he watched Ted at work. After publishing his article, it became evident that Trent was going against popular opinion, expressing support for him and proving that it was okay to be a little different.

“For me, success isn’t about winning and losing. It’s about helping these young guys be the best versions of themselves, on and off the pitch.”

Ted cares about everyone he meets, especially those who mean a lot to him. Therefore, it is not surprising that he thinks of the lives of his footballers beyond football.

During a conversation with Trent Crimm in Season 1, Episode 3, Ted tells him how much he enjoys coaching, explaining what it means to him. Ted manages to slowly change Trent’s thoughts about him, one of the quiet former villains of Ted lasso, as it becomes clear that Ted firmly believes that life doesn’t just start and end with football. There is more to experience off the pitch and he goes out of his way to inspire them to be great men.

NEXT: The 10 Best Ted Lasso Episodes, According To IMDb