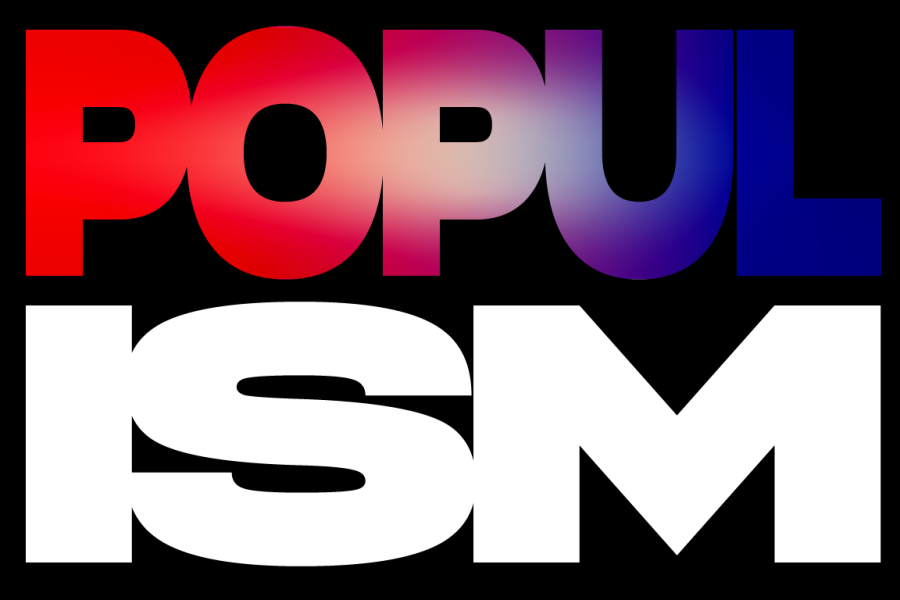 Talking about action through the creed of Americanism

Change is a disruptive force requiring the metaphorical wrecking ball. Questioning the establishment, the managerial elite, is absolutely necessary to harness power and be accountable to those who operate. It is only through the vigor of populism that America can utilize more comprehensive political participation and awareness.

Populism in the United States dates back to 1892, but is now an important part of modern politics. It does not adhere to a specific set of values, although it does tend to manifest itself on the right. Populism, the rhetoric of the â€œpeopleâ€, calls on the ignored masses to rise up and fight for their worth by restoring the vision of the Founders of our institutions.

Professor of Political Communication at the College of Charleston Michael j lee presents a provocative interpretation of populism through his essay “The Populist Chameleon”. His stance despises populism while acknowledging the incredible power behind it.

The paradox of populism lies in its restorative thinking of an idealized history.

“To put it simply, there is constantly a war between the two parties for the populist vote”, according to the late republican strategist Lee atwater. Where does this populist vote manifest itself in this showdown? Atwater thinks he’s exclusively liberal or conservative, but also contextual, which makes him pretty hard to define.

Georgetown historian and teacher Michael kazin refers to populism as â€œa language whose speakers conceive ordinary people as a noble assemblage not narrowly limited by class; view their elite opponents as selfish and undemocratic; and seek to mobilize the former against the latter. Kazin’s interpretation sounds very familiar to the 2016 platform ideals of Senator Bernie Sanders and former President Donald J. Trump.

At the heart of populism is the virtue of the Founders’ vision with a strong distrust of its current form. The paradox of populism lies in its restorative thinking of an idealized history. Trump’s slogan alone, “Make America Great Again,” demonstrates the aforementioned concept.

This American identity is only one facet of the populist claim – after the revitalization of our institutions.

The problem with this restorative logic is the targeted delivery of ideal weather. The 1950s may have been good for some, but certainly not for all, as Jim Crow was still alive and present. However, there is something to be said for these iconic values â€‹â€‹of this era – almost as if they were at the heart of American identity. Religious faith, family and patriotism were in the foreground.

The post-war boom of the 1950s granted “the golden age of American capitalism” and a thriving middle class with a suburban boom. Hollywood has portrayed healthy traditional ideals through sitcoms like “Leave It To Beaver”, “The Honeymooners” and “I Love Lucy”. Actors such as John Wayne, Marlon Brando, and Marilyn Monroe have been hailed as pop culture gods. Elvis Presley, Johnny Cash and Sam Cooke, among many others, paved the way for the â€œAmerican brandâ€ of music. This American identity is only one facet of the populist claim – after the revitalization of our institutions.

In “The Populist Chameleon”, political organizer and writer Harry boyte considered populism as “the conviction that an elite has dishonored a people historically, culturally or geographically constituted, its memories, its origins, its common territory, its ways of life”. Atwater and Boyte believe populism is more of a right-wing phenomenon, which seems correct as members tend to be from the majority culture, unlike left-wing protests, which tend to reflect the minority. Boyte’s recognition of culture and history accurately script Trump’s 2016 slogan. Conservative America desires its preservation and respect for its heritage.

Groups that embrace populism may be more important than the values â€‹â€‹themselves. â€œThe peopleâ€ provide collective power. These groups are ordinary people, hardworking and ordinary, opposed to a common enemy that is economically and culturally distant.

The enemy must be of a “great” nature, similar to words like “system” and “establishment”, reflecting an impurity of the Founders’ conception. The idyllic demands translate into a political language of non-negotiation or compromise. “Drain the swamp” a popular metaphor of modern conservatives, is indicative of this state of mind. Fundamentalist logic can garner the support of the most passionate and even of dissidents, allowing unrecognized voices and ideas to be heard.

From another perspective, Atwater sees populism as a tale of victimization and redemption. The sacred people, betrayed by their own, seek the redemption of their nation through a moral purge of governance. Populism here seems more apocalyptic, although the general idea seems to be exemplified by the modern right. Trump’s populism viewed institutions, including government, as morally bankrupt and deviating from America’s ideals. By contrast, leftist populism focuses on corporate wealth, the billionaire class, and the inherent horrors of capitalism on its disenfranchised class of Americans.

Both sides of the political spectrum adhere to a common enemy: the elite.

Populists pit their audience, the â€œusâ€ group, against a relatively abstract â€œotherâ€ group.

the Foreign Policy Research Institute analyzed quotes from Sanders and Trump to demonstrate perceived populist rhetoric. Populists pit their audience, the â€œusâ€ group, against a relatively abstract â€œotherâ€ group. Then they insist on “popular demands” which are general mantras on political issues.

Trump was cited: â€œUnder Hillary Clinton, it is the powerful who protect the powerful. Politicians defend politicians. The initiates fight for the initiates. I am fighting for you. The government will work again for the citizens. The era of division will be replaced by a future of unity. Trump is pressuring a failed system negotiated by the powerful elite class, strengthening the “us” group against a corrupt government.

The language of populism denigrates politics against concentrated power between citizens and what is said to be the â€œelite ruling classâ€.

Both quotes from each politician consider “the people” as well as the proclaimed enemy and their desired quest: an idealized democracy. The two also share the same enemy, “the system”, but in different light.

The language of populism denigrates politics against concentrated power between citizens and what is said to be the â€œelite ruling classâ€. Populists pit “the people” against the elites while providing a wealth of power through moral necessity, patriotism and the fear of a nation on the brink of ruin.

Ultimately, the populists do not want to dismantle the existing system, they want to fix it by restoring or purifying our institutions. The preservation of our history and our culture should not be a question of left or right, but it is the populists who fervently defend its preservation and respect.

The 52 Best Quotes From “The Mindy Project”