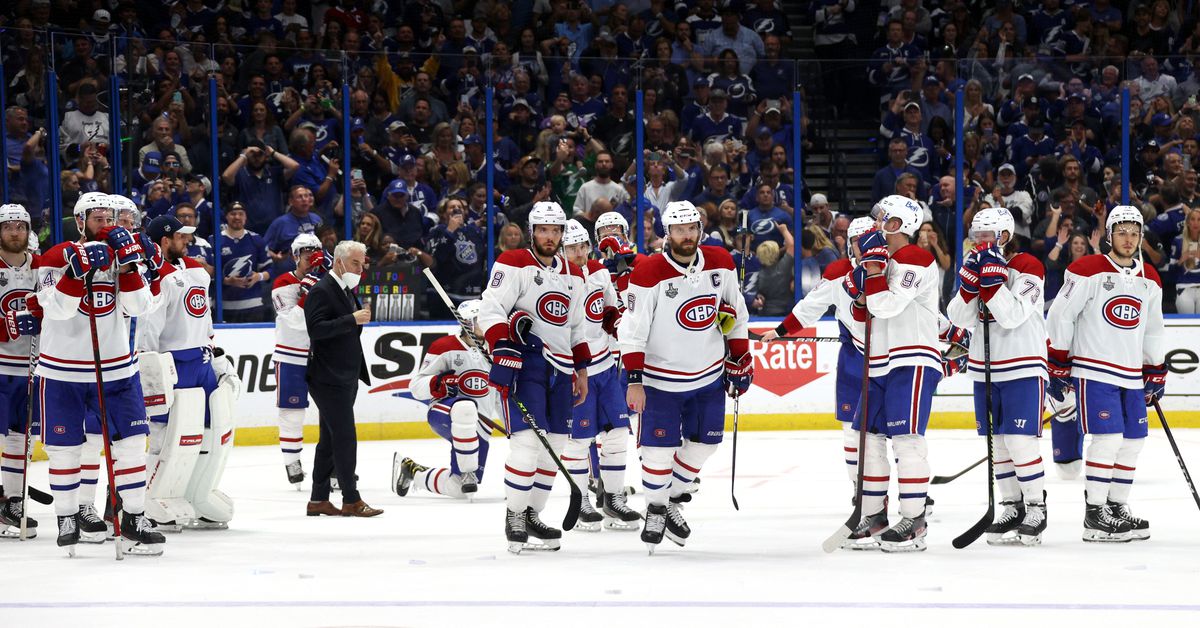 After a breathtaking run to the Stanley Cup final, the Montreal Canadiens held their exit meetings and end-of-season media availability on Friday.

Players will speak to the media via Zoom one at a time throughout the morning, followed by general manager Marc Bergevin and interim head coach Dominique Ducharme later this afternoon.

This article will be updated throughout the morning as more players speak to the media.

Eric Staal was the first player to speak to the media.

#Habs Staal on his (immediate) future: â€œCome home and be a father and a husband. I have been away from (my family) for more than six months, â€adding that the race to the playoffs was memorable:â€œ It was special to wear the colors of the Habs. “

Being away from his family, Staal said his wife was very important this year as they have been separated since being traded to the Buffalo Sabers.

“She is a rock” – Staal pays homage to his wife

#Habs Staal pays homage to his wife and children for staying strong without him, admitting that he and his family have all had their “moments” apart. This is an example of the mental adversity the players have endured during this bizarre season.

“There are bright days ahead of him, it was a pleasure to meet him.”

Staal compared Canadiens forward Phillip Danault to brother Jordan and had more good things to say about him.

#Habs Eric Staal: “you win with players like Phil Danault”

#Habs Staal said that in quarantine after arriving in Montreal, his back was “a little wobbly”. Prior to the playoffs, he developed left pectoral muscle tension that made faceoffs difficult. Gm 3 against TO missed due to a numb L hand linked to a persistent neck problem.

7 motivational quotes that will uplift your day like nothing else