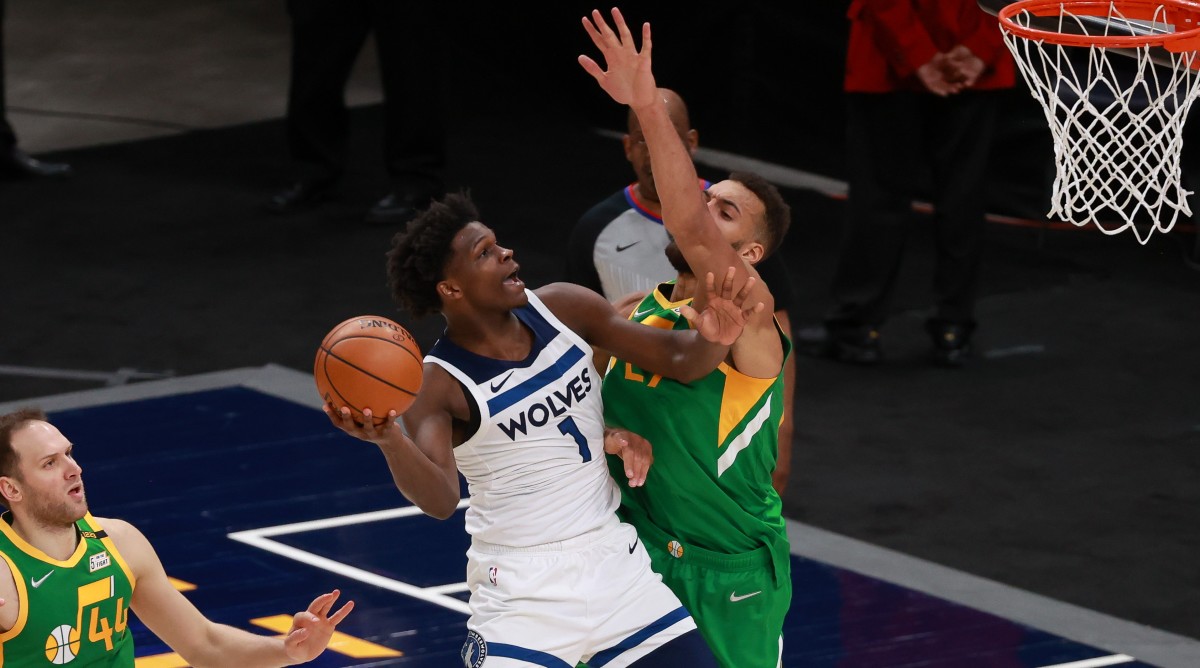 The timber wolves has pulled off the NBA’s offseason blockbuster so far, signing a deal with the Jazz to land All-Star center Rudy Gobert. The trade will give Minnesota a defensive foothold to pair with budding star Anthony Edwards’ explosive offensive talent.

However, an old quote started making the rounds after the trade that reminded fans of Edwards’ unimpressed opinion of Gobert’s defensive abilities.

After a loss last December to the Jazz, in which Utah snuffed out Minnesota’s high-octane offense, Edwards did his best to explain his team’s lackluster performance. When asked if Gobert was a major reason for this, the former No. 1 pick said that while the presence of the big French man could affect some, he was absolutely not afraid to challenge the seven-footer at the edge.

“I think [Gobert] was in people’s minds. He wasn’t even blocking shots for real, I think. People would just go to the rim and be just like, ‘Ah, they’ve got Rudy Gobert.’ And I tell them “he’s just like anybody else,” Edwards said at the time.

“For me, the best rim protector in the league is [Kristaps] Porziņģis. Every time I go against Porziņģis I don’t get any lay-ups, you know what I mean? So I don’t understand why we couldn’t finish on Rudy Gobert… he doesn’t scare me.

While Edwards’ comments are likely rooted in his belief that he can compete with any player in the league, his remarks will likely require some explaining to his new teammate. The 20-year-old will surely appreciate having a three-time Defensive Player of the Year on the list, so clearing the air will be one of the first things on Minnesota’s offseason checklist.

Watch the NBA online with fuboTV: Try for free!

From there, the Timberwolves will aim to make the leap into the Western Conference. Minnesota surprised in the 2021-22 campaign with a bold run to the first round of the playoffs and are now hoping Gobert can fit in with the rest of the roster next season.

10 Most Moving Quotes From Stranger Things Season 4, Vol. I