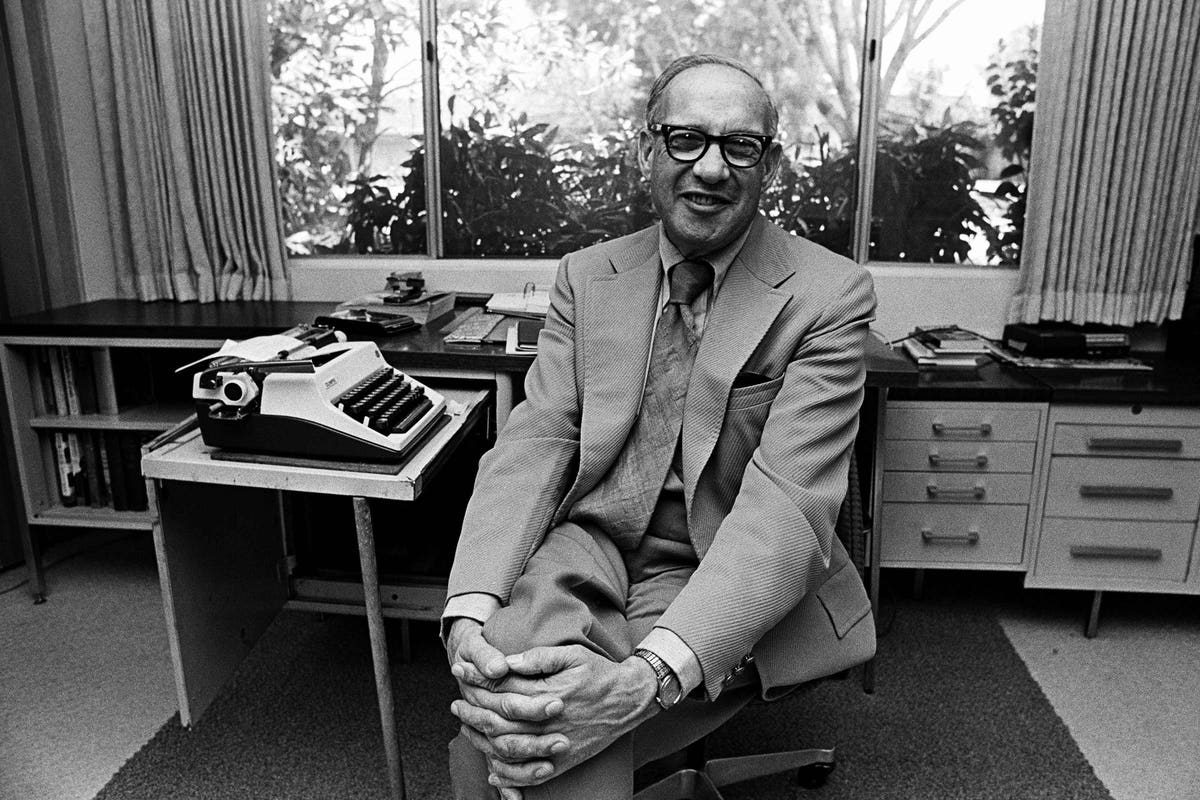 Peter Drucker, the father of business management theory, the guru of enlightened capitalism, was a visionary whose time has come once again. Without Drucker, there might not be an executive MBA: he created the model at Claremont College. His work helped establish business management as a respected intellectual subject, a liberal art, and elevated its status as a major university curriculum. He is also the inventor of MBO: management by objectives, one of the most influential practices in the history of American and global business.

Yet Drucker was actually a philosopher of the human condition, disguised as a business consultant. He wanted to write books that would make possible human flourishing in the post-industrial age. He was born in Habsburg Vienna, whose empire and culture gave us Freud, Wittgenstein and Kafka. After the catastrophe and the humiliations of the Great War, Austria also gave us Hitler and the specter of European fascism. This haunted Drucker. He understood the tyranny of fascism as the hopeless and demonic centralization of power over all private endeavor: a mirror image of Stalin’s totalitarianism. It was the death of free enterprise, which for Drucker was the central creative force behind human progress.

In Jack Beatty’s biography of the management sage, he quotes Drucker on fascism: “It’s illiberal, but also anti-conservative. . . against large companies, but also against small craftsmen and traders. He was born because the German economy was in a downward spiral and the people wanted a strong leader who would grab and control all the power to right the ship. Exactly the opposite happened. As Beatty writes: “To finance the ‘most gigantic arms production program ever undertaken’, the economy must be driven into the ground. . . the six-tiered Nazi bureaucracy required businessmen to fill out up to 600 forms to conclude foreign trade agreements. It was Germany’s economic chaos before Hitler and its collapse because of him that gave rise to the nation’s irrational allegiance to centralized power. Drucker spent his life trying to nurture the economic creativity that would prevent this horror from happening again.

For Drucker, the way to avert the economic disaster that leads to political tyranny was through enlightened corporate leadership. Its mission was “the establishment of freedom and justice through economic development”. His whole vision of the prosperity of the private sector rested on his understanding that management and labor had identical interests. They are one team. In the 40s and 50s and even the 60s it was often the case, de facto. Drucker lived through America’s post-war boom, the greatest period of wealth creation in world history. He was invited to General Motors
to analyze and advise management on the best way to sustain the growth of this business. He lived inside the company, exploring everything they did and came away with some ideas. They didn’t like what he told them.

What he advised is what more and more private sector leaders are only now embracing: stakeholder capitalism. He recognized early on that the worker and the manager, from top to bottom in the organization chart, represent the creative engine that makes a company successful. Employees should be treated with respect, right down to cradle-to-grave dedication: he even advocated a variant of a universal basic income within the private sector, as the standard of compensation. It would be a safety net in case of illness, furloughs and any other disruption to a worker’s productivity. He wanted workers to have an emotional and financial stake in the future of the company – and he wanted each of them to be a intrapreneur. A creative mind working to innovate day by day. The management’s dedication to the well-being of its employees was the foundation of this motivation.

In The world according to Peter Drucker, published in 1998, Jack Beatty focuses on Drucker’s pension fund proposal to General Motors. It’s strange these days how much pension funds meant to Drucker. It was his way of integrating major shareholder capitalists into the GM organization to ensure a fair return on effort for workers. Because the fund would be based on the performance of the US economy – and of General Motors itself – workers would be motivated to put all their creativity to work. What was good for GM would be good for them, thanks to the company’s investments in the pension fund.

Drucker wanted General Motor to simply increase the fund each year from its profits, which would have had the desired effect – profits go up, workers earn more from the fund. GM instead based the fund on the securities market itself, and this private investment model for developing a pension fund has been widely adopted by the private sector. As a result, hostile takeovers in the 1980s nearly bankrupted dozens of companies, and the private sector itself. Under siege, pension fund managers (in order to produce the results necessary for their annual contribution to the fund) have often ended up siding with with corporate looters, which promised higher returns for shareholders. It was shareholder primacy on steroids.

All the hallmarks of this cancer were there from the start: reduced R&D, stagnating wages, running the business for short-term results. It is the dominant business model that for decades has eroded Drucker’s vision of freedom and justice through economic development. And we know what happened to the pension fund (for most workers) since the 1980s, alas.

Ducker has been a prophet. He predicted how disruption would become the most pervasive force in American business: how entrepreneurial endeavors would shatter past organizations and assumptions. How Schumpeter’s “creative destruction” would become the open door to the uncertain future of America. Drucker said intellectual labor would replace industrialism and it is, at least on American soil. He said knowledge workers could do their jobs remotely, anticipating one of the giveaways of the pandemic as it proved him right. And he predicted the global economy, where nation states began to give way to transnational corporations as the locus of power, for better or for worse.

Towards the end of his book, Beatty cites Drucker’s disenchantment with the type of capitalism practiced at that time: “Although I believe in the free market, I have serious reservations about capitalism.” Our “post-capitalist” society is governed by a knowledge economy and not an industrial one. Drucker recognized this particular disruption as groundbreaking. Ours “is the first company in which honest work does not mean a calloused hand”. It’s more than social change, observes Beatty. Drucker says, “It’s a change in the human condition.” Yet, as more and more knowledge workers operate as individual, independent contributors, capitalist investors are pumping out a market almost entirely detached from the interests of ordinary people – not at all what Drucker envisioned.

His vision of free enterprise is noble and at the heart of stakeholder capitalism. Workers are the fountain of creativity that disrupts the past and unveils the future, whether they are doing freelance intellectual work at home or working in a large organization. And the management of the organizations that employ them continues to be a means of directing the motivation of the workers towards a common objective. The arc of this contemporary story will only lean toward freedom and economic justice if employers take stakeholder capitalism to heart. Business management remains in this new century, as strange as it may seem, the origin of human development and prosperity. That’s the hope of the future, but only if business leaders heed Drucker’s call to be responsible for the lives, not just the jobs, of their employees.

To say that Drucker was a relevant visionary for our time is an understatement.

A conversation with Devon Walker-Figueroa