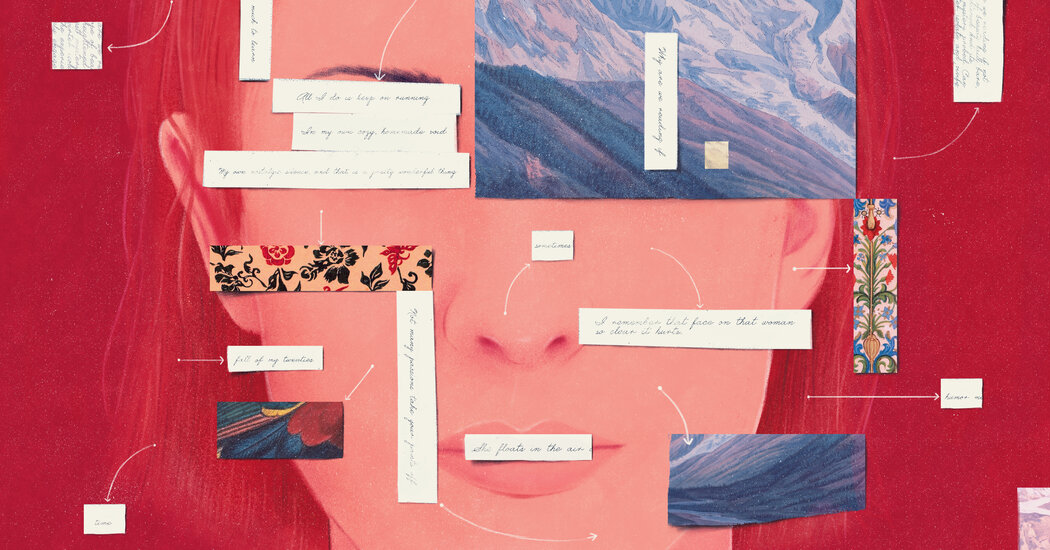 I’ve never been a newspaper person, but not for lack of trying. A monogrammed duffel bag in my parents’ basement contains many old diaries — furry leopard print from grade school, Moleskines with unbroken backs from college — each with an upbeat entry or two. But the habit never took. It’s partly due to a lack of discipline, but I think it’s mostly self-awareness. I can’t help but read what I write like a future me would, rolling my eyes, condescending to the other side of the dilemma I’m going through.

But there is one notebook that I have kept regularly for a decade: my ordinary book. The thin red book is filled with quotes, lines from books, songs, poems, and conversations that stuck with me. Nothing is my original thought, but it all felt significant to me when I wrote it.

Ordinary books are nothing new. During the Renaissance, readers began to transcribe classical fragments into notebooks, bringing ancient writings into dialogue with their own lives. After his wife left him in 1642, John Milton dealt with it in his mundane book, chronicling a reading frenzy about bad marriages. Arthur Conan Doyle transcribed the theories of criminology into his own, then gave Sherlock Holmes his own mundane book, filled with information about would-be forgers. But the idea of ​​a personal intellectual database fell into disuse as printed materials became more accessible to a wider audience. You can just check out a copy of “Bartlett’s Familiar Quotes”. Today you can scroll through inspirational quotes on Instagram.

I started holding a mundane book in college for an English homework. Over the next 10 years, I kept going. When I lived in Austin, I updated it regularly as I read at my desk; in Brooklyn, where I had no room for a desk, I took pictures of passages in library books and transcribed them later in a cafe. These days, I live semi-nomadic, with no fixed address, and email myself lines. Every few months I sift through them and copy the ones that still resonate in my book.

With the words of others as intermediaries, the harsh light of hindsight softens.

Since my early 20s, there have been pages trying to convince me that the friendship I had could be as valuable as romantic love, which I didn’t. (Andrew Sullivan: “If love is about the bliss of primal unfreedom, friendship is about the complicated enjoyment of human autonomy.”) Then there’s a reference to the kind of heady, urgent closeness I surrounded myself instead. (Sean Wilsey: “Those three mornings in a booth with a bunch of people I really enjoyed talking to and being with. engaged and a beautiful woman across the room who you thought you had something with. ”) There are quotes from songs and stories that sent me, and finally, poems in which I saw my own love story. Ultimately, when I was no longer so preoccupied with finding romantic love, my shift to looking more carefully at my other relationships is reflected in my transcripts: Vivian Gornick on her relationship with her mother; Durga Chew-Bose on the Lovely and Cool Intimacy I Miss Now.

Unsurprisingly, there is also an evolution in the way I thought of being a writer. First, the canon I studied in college: John Steinbeck’s descriptions of my beloved California coast, Roberto Bolaño’s melancholic posture. Then, a turn towards the making of my own canon, marked by “On Pandering” by Claire Vaye Watkins: “I read women (some, but not enough) but I didn’t watch them. I didn’t give them megaphones in my head. Just as I was beginning to think that maybe I could become a writer, my book had more lines of the kind I wish I could have written: the cadence of Hanif Abdurraqib, the precision of Parul Sehgal, the evocative details of Pamela Colloff ( “One girl’s heart was beating so furiously that her pulse was visible under her dress, the other girls’ belts were shaking”).

Inevitably, there are also quotes about writing lines you like. Take Mary Karr on memorization as Eucharist: “It rewires your head and keeps you in the company of the gods.” Or Martha Gellhorn on writing thank you notes to artists who open your mind: “We say thank you without meaning to; why not say thank you when you are truly grateful. Or Nicholson Baker on mundane books: “My own brains bristling with worry are melting in the potent solvent of other people’s grammar.”

Flapping beneath the pages is a shifting self-image. When I read them, I recognize the past me who saw herself in these quotes, but I don’t look up at her. With the words of others as intermediaries, the harsh light of hindsight softens. If keeping a journal was a way of looking in the mirror and making an honest assessment of myself, keeping a mundane book is more like looking at myself out of the corner of my eye.

It is certainly a different approach to my generation’s inclination towards frontal responsibility. Daily journal apps, self-improvement podcasts, and faith-based Instagram stories speak to the belief that to grow as a person, you have to be whole, unflinching. But I couldn’t catalog my flaws without flinching. And I don’t think I need it. That’s part of the purpose of reading, I think: when I find myself too serious, too impatient, too many, I can be in conversation with other spirits instead. Keeping a mundane book seems like a softer way to grow, struggling with other people’s joints out in the open while I hopefully adjust inside.

Charley Locke is a story writer and producer. She often covers young people for the Kids section of The New York Times and regularly reports for the “70 Over 70” podcast.