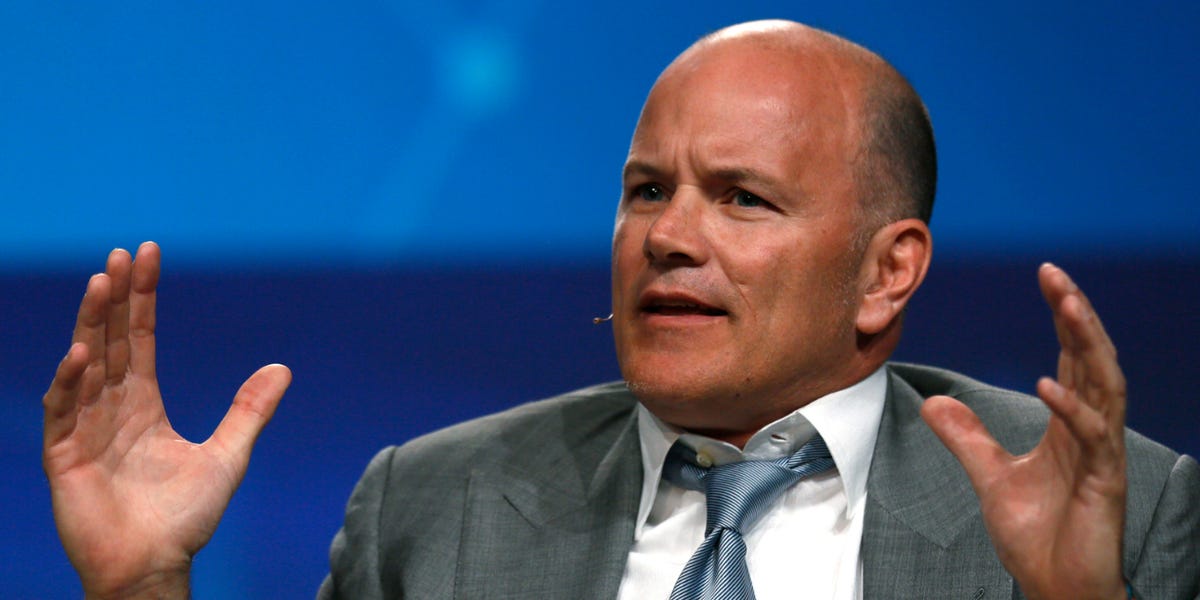 The veteran investor and CEO of Galaxy Digital also suggested that the crypto crash would help weed out excessive leverage, reckless speculation, and aggressive tribalism from the fledgling industry. He made the comments in interviews with CNBC and Bloomberg and at a Morgan Stanley conference this week.

1. “It’s hard not to underestimate the huge impact the response to COVID-19 has had on all assets. We’ve pumped so much

in the markets, it was crazy, we had never seen anything like it. We were tossing trillions of dollars like matches.”

3. “The only way to kill inflation at this level is to plunge the economy into a deep recession.”

4. “A soft landing is impossible. The economy will quickly go into recession. You will see the economy come to a screeching halt. This is what the Fed needs to do to bring inflation down.”

5. “As long as the market thinks the Fed is behind the curve and will catch up, I think you’re going to see asset prices under pressure.”

7. “We are going through what looks a bit like a long-term capital management moment in crypto.” (Novogratz was referring to a highly leveraged hedge fund that boomed in the late 1990s.)

8. “When you have really big players who have borrowed money all over the place, it creates a daisy chain effect. It’s burning through the system right now. I feel like it’s largely exhausted, but these fires go till they run out of oxygen You’d have to be one hell of a diamond handed player to put up with all this if you have too much leverage I guess leverage has been removed from the system.

9. “A lot of confidence has been kicked out of the market. It’s going to take a while for Humpty Dumpty to get back into place.”

10. “During the COVID bubble, Robinhood and many others spread this idea that everyone should be an investor. Well, a lot of people don’t have the training to be investors, they don’t understand management. You’ve seen a lot of foam, and it’s mostly been taken off the market now.”

11. “In crypto, it’s tribal as hell. I literally get death threats when I denigrate another ecosystem. There’s almost an irrationality to the way people invest — not just in crypto, around the planet. It’s going to be washed away. Not completely, these communities are resilient, but I think it’s going to be a lot less.” (Novogratz cited GameStop and AMC’s retail fanbases as examples of “identity investing.”)

12. “Bitcoin will pull the markets out of this Fed tightening. As the Fed pulls back, as Powell pauses because the economy really starts to recover, you are going to see bitcoin explode north.”

Read more: BANK OF AMERICA: Markets Are Highly Volatile – So Invest In These 23 Stocks Poised To Generate Long-Term Returns