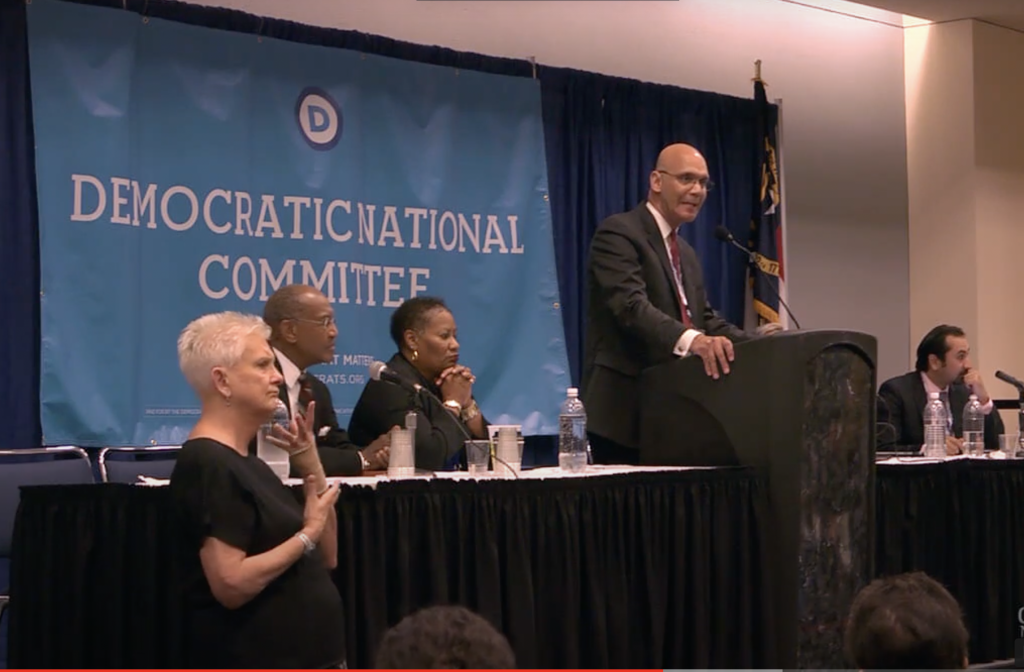 Derrick Harkins campaigned for Warnock in 2020 while earning over $175,000 from the DNC

A New York Times Sen. Raphael Warnock’s profile cites a federal official who downplays the Georgia Democrat’s ties to a management company that evicted low-income residents. But the Time failed to disclose one thing: the official was a paid Democratic agent who helped elect Warnock in 2020.

Derrick Harkins, director of faith-based and neighborhood partnerships at the Department of Housing and Urban Development, told the Time it is “simply not correct” to say that the Ebenezer Baptist Church of Warnock played a direct role in filing eviction notices against residents of its low-income building. The Democratic National Committee paid Harkins more than $175,000 in political advisory fees in 2019 and 2020. As the DNC’s Director of Interfaith Outreach, Harkins boosted Warnock in his runoff campaign against former Senator Kelly Loeffler (R., Ga.).

Maya King, the Time reporter who wrote the profile, did not return a request for comment.

Harkins’ defense of Warnock comes as the Democratic senator gave up a sizable lead over his Republican challenger, Herschel Walker, amid a deluge of negative publicity that slashed his approval rating. Warnock now trails Walker by 1.4 percentage points in the RealClearPolicies polls average with just over a week until Election Day.

Harkins told the Time that Warnock “certainly does not oversee the operational elements of a property that is part of the larger portfolio that is under the umbrella of what Ebenezer has put in place”. But Ebenezer Baptist Church lists Warnock as the chief executive of a charity through which he owns 99% of Columbia Tower in MLK Village. Warnock is senior pastor at the church, which pays him a housing allowance of $7,417 a month in addition to his Senate salary.

Court records show Columbia Residential filed 15 eviction lawsuits against residents of the building during the pandemic. Fulton County marshals have executed two court-ordered writs of possession on the property since 2020, records show, and a resident accused the building in September of changing its locks and temporarily evicting him without notice .

Columbia Residential told the Time that he only files eviction notices in “certain circumstances” and that his legal threats rarely reach the point where he actually evicts and evicts residents from their homes. The property management company also said no evictions had been carried out at the property since 2020.

But residents of Columbia Tower have had to pay heavy legal costs to stave off threats of eviction from Columbia Residential during the pandemic. A resident of the building told the Free tag in October, that she was served with an eviction notice after being only one day late in paying her rent. The resident said she had to pay more than $300 in legal fees, a figure equivalent to about two months’ rent, before Columbia Residential dropped her eviction lawsuit.

According to Time profile, Warnock compared himself to Martin Luther King, Jr. when a supporter asked him about “criticism of his blending of faith and politics.”

“It puts me in good company,” Warnock said. “That’s what they did to Dr. King. They challenged his Christian identity.”