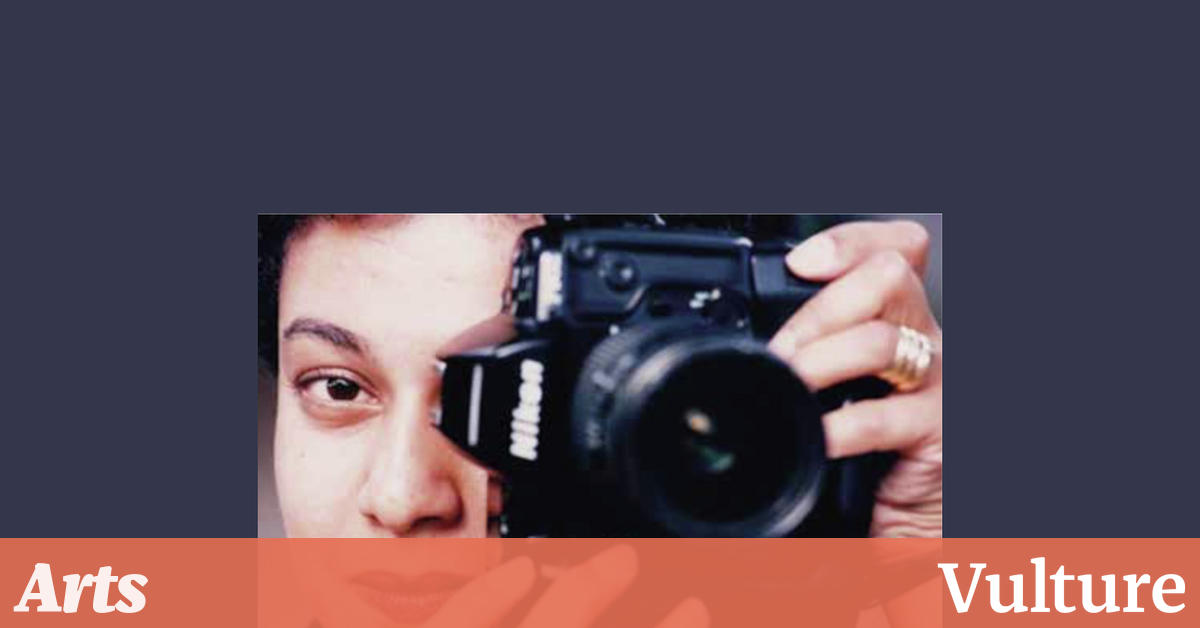 A shimmering piece of gold warns that all is not as it seems in Maud Sulter’s series of photographic portraits, currently on display in the exhibition space of the New Hall Art Collection. Introducing an amalgamation of characters from famous writer Alice Walker to personal partners and companions, Sulter’s works speak of never-before-seen lives and forgotten stories. Each portrait has a sense of individuality, but at the same time, unparalleled brotherhood. Looking at these striking portraits in person, it is difficult to reconcile their art with a culture that has consistently devalued the contributions of black photographers in favor of works from the perspective of the elite. Whether adorned with jewelry or adorned with period costumes, the models lock the viewer into a confrontation with the artistic and literary representation of black women throughout history – or its absence.

Maud Sulter: the center of the frame features photographs of the much-ignored Scottish-Ghanaian artist, poet and curator Maud Sulter (1960-2008). The title of the series, Zabat (1989), evokes a sacred dance performed on occasions of power. Produced in response to the 150th anniversary of the invention of photography, Sulter’s series places black women at the center of the history of the medium. Each work takes its title from a muse in ancient Greece and is accompanied by a poem written by Sulter herself, in which she expresses her views and thoughts on the identity and representation of muses and role models. through a creative and spoken style. Her work addresses the fact that black women have often been relegated to the periphery, or more commonly not at all present in the canons of art history and literature. With this series, Sulter initiates discussions on the lack of visual and institutional representation of black women in the art world.

” Its important to me [..] put black women back at the center of the frame – both literally within the photographic image, but also within the cultural institutions where our work operates â€

In Calliope, Sulter is taking matters into his own hands. She herself is the model of this work: no longer speaking in the margins, she centers herself as both muse and artist in this portrait. Sulter presents herself not only as a Greek muse, but also as Jeanne Duval, an early 19th-century Haitian dancer who is often remembered only for her relationship with French poet Charles Baudelaire – despite her own prolific career. Defining himself as Duval, Sulter claims both Duval’s place and his own place as the subject of the image. Calliope no longer presents her as the muse of a white European poet, but rather as the muse of epic poetry, the one Ovid described as the “head of all muses”. Channeling Duval’s voice into the accompanying poetry, Sulter suggests that in this portrait all she wants is “my name back on my poetry and out of the teenage scribbles whose influence is meant to be.” me â€- in other words: a complete artistic recovery.

Such reinterpretations and reorganizations are characteristic of Sulter’s work. She finds new angles and points of view with which to examine the so-called canon, revealing hidden links between European and African cultures. In Phalia (Portrait of Alice Walker), one of the first works to enter the New Hall Art Collection when it was created in the early 90s, Sulter dialogues with Ã‰douard Manet Olympia (1863). Manet’s portrayal of Olympia, a prostitute, shook the art world in its austere and innovative depiction of the female nude, a legacy still felt today in the discourse surrounding representations of the female body. In contrast, much less attention has been paid to the dark maid, who stands at the foot of the bed.

“Za’bat n.1. Sacred dance performed by groups of thirteen. 2. ‘An opportunity for power’ – orig. From the witches’ sabbath. 3. Rite of passage for black women [f.Egy.18th dyn.]”

Although some contemporary art historians have begun to recognize the racist aspects of this work, created barely 15 years after the abolition of slavery in France, dramatic gaps in scholarship remain. While much is known about Victorine Meurent, who modeled for the figure of Olympia and was an artist in her own right, the life of the model who posed for the maid, Laure, remains shrouded in mystery. In Olympia, Laure holds out a bouquet to the eponymous subject of the painting. In Phalia, Walker’s own bouquet, whose flowers bear the vibrant colors of the Ghanaian flag, alludes to this pose. As in the case of Duval, Sulter recalibrates Manet’s work, placing Laure, and Sulter’s national identity, at the center.

Part of the gravity that Maud Sulter: the center of the frame holds can be found in its conservation. Speaking to the collection’s deputy curator, Naomi Polonksy, it became clear that locating the nine muses was completely impossible, partly because of the private collection of these pieces, and partly because of Sulter’s lack of recognition. in the general public. However, where the absence was felt in the quantity of pieces put together, there was a surprising sense of uniformity in the conservation of the pieces that were there. Polonsky explained in detail how Sulter presented specific visual and practical instructions on how this series should be presented, from preserving the original frame to ensuring that the font of his poetry, displayed next to each print, was the same, and how she liked it – amusingly Sulter even requested a specific font, apple chancery, as the typeface for the headlines, which was featured in this exhibit. Although Sulter never received the recognition she deserved during her lifetime, her power can be seen in the strength of her curatorial vision when she presents her own work to the public.

This iconic series celebrates the medium of photography on the occasion of its 150th anniversary. Created through the process of destroying dyes, a medium now almost obsolete in the age of digital photography, Sulter’s works are made even more exceptional. In Calliope, Sulter poses alongside a daguerreotype, a nod to the first forms of photographic representation. Yet here the image is hidden in the shadows – perhaps a reminder of the absence of black women, both behind and in front of the camera, in the medium’s stories.

â€œBlack women have been using cameras since their invention. Part of the difficulty for those of us engaged in rebuilding this participation, our history, is the lack of documentation and the inherent difficulties in trying to retrieve it.

Sulter herself has been largely excluded from mainstream accounts. Very few archives of his life and work remain, and what little does exist is often scarce and inaccessible to the public. With this exhibition, the New Hall Art Collection amplifies the voice of Sulter, long stifled. The exhibition has sentimental significance for the New Hall Art Gallery, not only as Phalia was one of the first works to enter the collection, but also for Sulter’s relationships with other artists in the collection, such as his partner, Lubaina Himid.

Showing Maud Sulter at the University of Cambridge, the embodiment of one of the â€œcultural institutionsâ€ criticized by Sulter for its lack of diversity, has an even deeper meaning. Recalling that conservation and display were key elements of Sulter’s practice, the gift of Phalia at a Cambridge college must therefore be seen as a deliberate and intentional act to bring these discussions to such institutions, as part of a larger program of decolonization.

Zabat was created in 1989, in response to Sulter’s frustrations with prejudices in the art world. Yet in 2021, while racial violence and the under-representation of black voices remain widespread, the series remains relevant. Sulter’s series shouldn’t be unique in its portrayal of black women as protagonists, and yet in the mainstream it still is – a testament to the continued importance of Sulter’s work today. When it comes to recognizing Sulter’s contribution not only to exposing the injustices of the art world, but the medium of photography itself, we can only hope that this exhibition is just one start.

Maud Sulter: The Center of the Frame highlights the work of Scottish-Ghanaian artist Maud Sulter (1960-2008); drawn from public and private loans from across the UK. Maud Sulter (1960-2008) was a Scottish artist, poet and curator from Ghana. Sulter grew up in Glasgow and moved to London at the age of 17 to study at the London College of Fashion. She went on to obtain an MA in Photographic Studies from the Derby School of Art.

The New Hall Art Collection is a collection of modern and contemporary art by women from Murray Edwards College. The largest of its kind in Europe, the Collection is on display in the iconic Brutalist building, designed by Chamberlin, Powell and Bon as a manifesto for the education of women. You can read more about the exhibition and the New Hall Art Collection here: https://art.newhall.cam.ac.uk/event/maud-sulter-centre-frame/