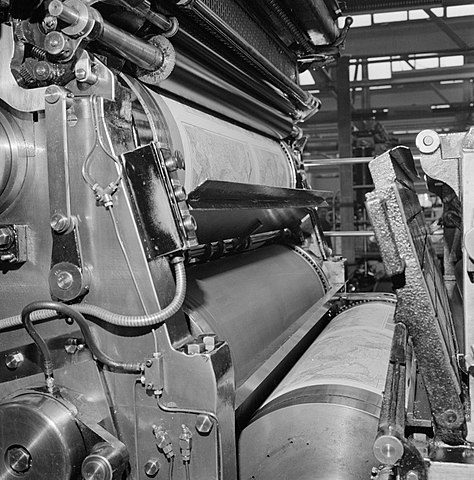 Long live the liberals: freedom of expression and freedom of the press

By James A. Haught

Many atheists are also progressive “warriors of social justice” who strive to make life better and more equal for all. They include James Haught, contributor to Daylight Atheism. Here is a chapter from his 2016 book, Hooray for the Liberals.

Freedom of speech and freedom of the press mean the same thing: the right to express any belief or idea, even unpopular – orally or on paper – without fear of being punished for it. Sometimes it’s called freedom of speech. Throughout history, various advances have slowly conquered this right, which is at the very heart of democracy. It is the right to think freely, free from arrest or prosecution.

Some ancient Greeks and Romans first proposed tolerance from different points of view. In 1501, Pope Alexander XI of the famous Borgia ordered the censorship of unwanted ideas. The church is famous Index Expurgatorius, listing prohibited books, was started in 1559 and continued for centuries, ultimately prohibiting believers from reading the works of René Descartes, Galileo, David Hume, John Locke, Daniel Defoe, Jean-Jacques Rousseau, Voltaire and many other thinkers. In France, the printer-scholar Etienne Dolet was burned alive in 1546 for his unorthodox writings. England’s infamous Star Chamber, which tortured and maimed Mavericks, also censored the printed materials.

In 1644 the poet John Milton Aeropagitic appeal to Parliament against censorship of writing. “Give me the freedom to know, to say and to argue freely according to conscience, above all freedoms,” he wrote.

In the 1730s, after England took New Amsterdam from the Dutch and renamed it New York, a new British governor was sent to the colony. He turned out to be a greedy and arrogant tyrant seeking to get rich. Many New Yorkers have turned on him. Some have started a little journal, The New York Weekly Newspaper, to express their concerns. It was printed by a German immigrant, John Peter Zenger.

The newspaper did not dare to openly criticize the governor, but issued vague warnings without using his name. Nonetheless, the governor ordered Zenger’s arrest for inflaming the people against the crown. The printer was locked in a cell for nine months, but continued to publish his weekly, dictating his wife and friends through a hole in the door.

When his case finally went to trial, an aging Quaker lawyer from Philadelphia eloquently argued that people should have the right to criticize authorities. To the surprise of almost everyone, including the defense, jurors quickly declared Zenger innocent, even though he admitted to printing the reviews. New Yorkers hailed him as a hero.

It was a small milestone in the struggle for freedom of speech and of the press, which was later locked into the First Amendment of the American Bill of Rights and subsequent democratic codes.

Freedom of speech and the press are fundamental principles for liberals and have been for centuries. Crusading newspaper columnist Heywood Broun (1888-1939) once said: “Free speech is about as good a cause as the world has ever known.

Supreme Court Justice Oliver Wendell Holmes Jr. (1841-1935) said: “The very purpose of our institutions is simply this: that we can think what we like and say what we think. “

Yale University president and historian Alfred Whitney Griswold (1906-1963) wrote in Essays on Education: “Books will not remain banned…. Ideas will not go to jail. Throughout history, the censor and the inquisitor have always lost.

Singer Harry Belafonte said: “You can cage the singer but not the song.”

Philosopher-lecturer Ralph Waldo Emerson (1803-1882) wrote: “Whenever they burn books, they will also burn people in the end.

“The freedom to read is essential to our democracy. He is continually under attack. Private and government groups in various parts of the country are working to remove books from sale, censor textbooks, label books “controversial”, distribute lists of “objectionable” books or authors. and purge the libraries.

The US First Amendment bans any law “restricting freedom of speech or of the press” – yet conservatives have spent centuries trying to ban gender from written or oral recognition.

Historically, prudish censors have banned the writings of Charles Baudelaire, Gustave Flaubert, Honoré de Balzac, James Joyce, DH Lawrence, Henry Miller, Samuel Beckett, the Marquis de Sade and many others. An 1897 court ruling stated that a newspaper called the Chicago Expedition “obscene, obscene, lustful and indecent.” The novel of 1760 Fanny hill by John Cleland was banned in Boston until 1966.

Sexual censorship reached its peak in the late 1800s under the grumpy Anthony Comstock, a Civil War veteran who had been offended by the foul language of his fellow Union soldiers. In 1873, Comstock established the New York Society for the Suppression of Vice and began a lifelong career in eradicating sex.

That same year, he pushed Congress to pass the infamous Comstock Act banning “obscene, obscene or lascivious” material from the mail or other public places. It also banned mentions of birth control, abortion, venereal disease and the like. He even prevented the sending of anatomy textbooks to medical students.

Comstock was appointed postal inspector with the right to carry a pistol. He became a dynamo attacking and harassing all writers who mentioned sex. He was called “a weeder in the garden of God”.

When Ida Craddock wrote marriage textbooks containing sexual details, Comstock had her sentenced to federal prison. She committed suicide on the eve of going to prison.

Comstock alerted the police to a play by George Bernard Shaw, Mrs Warren’s profession, and called Shaw an “Irish coal seller”. Shaw replied that “Comstockery is the world’s permanent joke at the expense of the United States.” He said this made Europeans see America as “a provincial place, a second-rate country civilization after all.”

Conservative sex censorship has continued for decades in America. In 1940, publisher Jacob Brussel reprinted Henry Miller’s book Tropic of Cancer describing his sex life as an American in France in the 1930s. Brussels was jailed for three years. In 1961, Grove Press printed the book again and was forced to spend $ 100,000 to fight sixty cases of censorship. The Pennsylvania Supreme Court ruled that it was “not a book. It is a sump, an open sewer, a pit of putrefaction, a sticky collection of all that is rotten in the debris of human depravity. However, in 1964 the Supreme Court ruled in Grove Press Inc. v. Gerstein that Cancer is not obscene.

In subsequent rulings, the High Court has said that sexual material can only be prohibited if it violates three standards: (1) it appeals to lustful interests in a way that violates “contemporary community standards” , (2) they are presented in a “manifestly offensive” manner. manner ”and (3) the whole work“ lacks serious literary, artistic, political or scientific value ”. Since then, obscenity lawsuits have waned in America, and the internet has brought a flood of explicit sex of every kind imaginable.

Finally, a horrific new kind of censorship – killing writers and publishers – has emerged in the current era of faith-based slaughter.

Islam is based on the belief that the angel Gabriel dictated the Quran to Muhammad – but in 1988, Muslim-born novelist Salman Rushdie wrote Satanic verses, which contains dream scenes subtly flouting the fundamental claim of faith. Muslims around the world have exploded in rage and riots. Ayatollah Khomeini of Iran issued a fatwa calling on Muslims to assassinate Rushdie and his editors. Iran has released million dollar rewards for all the killers. The author hid under police protection 24 hours a day, but one of his translators was stabbed to death and two others injured. In 1993 in Sivas, Turkey, mobs of mosque worshipers attacked a hotel hosting an arts conference featuring a writer who had attempted to publish Rushdie’s book. Enraged assailants torched the hotel and killed 37 people.

Another example: a satirical French magazine, Charlie hebdo, has repeatedly mocked Islam in writings and cartoons. In early 2015, armed Muslim assailants stormed the Paris publication office and killed a dozen people. Various other religious murders – a supreme form of censorship – have taken place.

Freedom of speech and the press are a central liberal ideal, but they can be threatened by this new threat.

(Haught is editor-emeritus of West Virginia’s largest newspaper, The Charleston Gazette-Mail, and an editor of Free survey magazine.)

Best of Dan Campbell’s quotes as Lions head coach, from kneecaps to poop

Expulsion, the Little Iliad and Occam’s Razor | At the library column