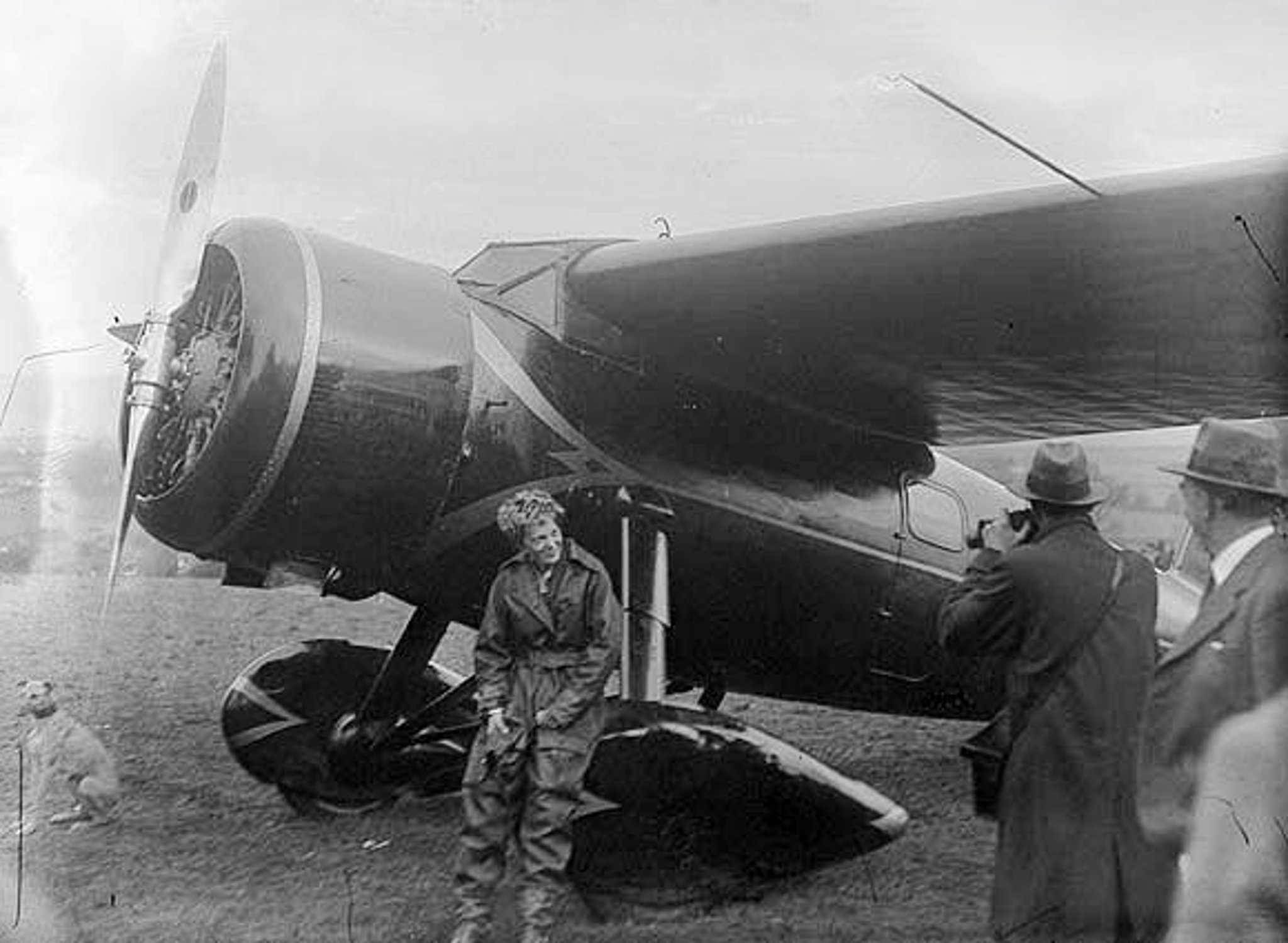 This weekend, May 20-21, leaders from Earhart’s hometown of Atchison, Kansas, USA – home to the new Amelia Earhart Hangar Museum – will join the Amelia Earhart Legacy Association, at Derry, for two days of 90th anniversary festivities to commemorate Earhart’s groundbreaking flight: the one that changed aviation forever, making Earhart one of the most inspiring women in history.

“We are honored to return to Derry for this extraordinary celebration hosted by our transatlantic partners at the Amelia Earhart Legacy Association in Derry,” said Karen Seaberg, Founder and President of the Amelia Earhart Hangar Museum in the United States – where the dream of Earhart’s flight has begun. .

“We share a commitment to preserving Earhart’s legacy to defy the odds and pursue his dreams that changed aviation forever.”

May 1932… Amelia Earhart rests on her plane after landing in suburban Derry.

The new state-of-the-art museum, which will open in 2023, will immerse visitors in the pioneering life of Earhart. Highly interactive exhibits will pilot a virtual reality recreation of Earhart’s transatlantic flight in 1932 with challenges reflecting the obstacles Earhart overcame to land in Derry.

On May 20, 1932, Earhart set off in his red Lockheed Vega from Harbor Grace in Newfoundland, Canada, intending to fly to Paris. With weather and technical problems altering her route, Earhart landed, on May 21, 1932, at Robert Gallagher’s farm at Ballyarnett on the outskirts of Derry.

“When Amelia landed here, no one had ever seen a woman driving a car, let alone flying a plane or wearing pants,” said Nicole McElhinney, co-founder of the Amelia Earhart Legacy Association. “Her fearless spirit was groundbreaking, especially for women, and continues to be an inspiration around the world.”

As part of the 90th festivities in Derry, students from across Northern Ireland will take part in the Amelia Earhart STEM Challenge, hosted by the Royal Academy of Engineering in the Great Hall at Ulster University Magee (10am-2pm) Friday, May 20. Student teams will build model airplanes with judging criteria to include the longest flight distance. Karen Seaberg, along with Jacque Pregont, board member of the Amelia Earhart Hangar Museum and coordinator of the annual Atchison Amelia Earhart Festival, will serve on the jury.

The Amelia Earhart STEM Challenge is organized by Clare Doherty, the great-great-granddaughter of Robert Gallagher who owned the farm where Amelia landed on May 21, 1932. The Gallagher family opened their home to Amelia, providing her with food and a place to sleep. Clare Doherty is Head of Technology at St. Mary’s College Derry and is the Connecting STEM Teachers Coordinator at the Royal Academy of Engineering.

The winning team will take a helicopter ride over Derry and along the flight path from Earhart Landing to Gallagher’s Farm in Ballyarnett. They will also receive an Amelia Earhart Legacy Association trophy.

Other 90th anniversary events in Derry include:

* Amelia Earhart 90th Commemorative World Radio Call from Ballyarnett, May 20-21 – The North West Amateur Radio Club will transmit from the field where Earhart landed, connecting to the Amelia Earhart Memorial Airport in her hometown of Atchison, Kansas, and Harbor Grace, Canada — as well as thousands of radio operators around the world. To learn more, visit https://www.qrz.com/db/GB0AEL.

* Amelia Earhart Mural Launch, 2pm, May 20, Galliagh Co-Op Building – A new 48ft mural by Derry artist Joe Campbell tells the story of Earhart’s historic landing in Derry. The mural will feature Earhart’s flight path, a portrait and one of his inspirational quotes: “But what do dreams know of boundaries?” To learn more, visit https://www.studio2derry.com/earhart-mural

* Amelia’s Speakeasy, Walled City Brewery, 6 p.m., May 20 – This reservation-only event will feature Earhart Gin made from botanicals hand-picked from the field where Amelia landed.

* Amelia Earhart Vintage Fashion Show, 1:30 p.m., May 21, GuildHall – The event will feature pieces from the Amelia Earhart collection of Christopher Reid, the Derry-born fashion designer known for his TopherLily collection and his collaboration with Alexander McQueen.

“It was a dream come true to come to the United States and walk the same streets of Atchison where Amelia grew up,” Nicole said. “All of us in Derry can’t wait to return for the grand opening of the Amelia Earhart Hangar Museum in 2023.”

This month, Atchison Mayor Abby Bartlett issued a proclamation acknowledging Atchison, Kansas, USA and Derry, Northern Ireland as “linked in connection with the monumental beginnings and achievements of Amelia Earhart “. It recognizes their “mutual dedication to honoring and recognizing Amelia Earhart’s contributions to aeronautics and to educating and sharing with others the story and courageous exploits of Amelia Earhart.”

“Amelia faced many obstacles, but she persevered and believed in her dream of flight,” added Karen Seaberg. “Together with our partners across the Atlantic, we are committed to sharing Amelia’s story of tenacity and courage to inspire future generations – in Kansas, Derry and around the world.”