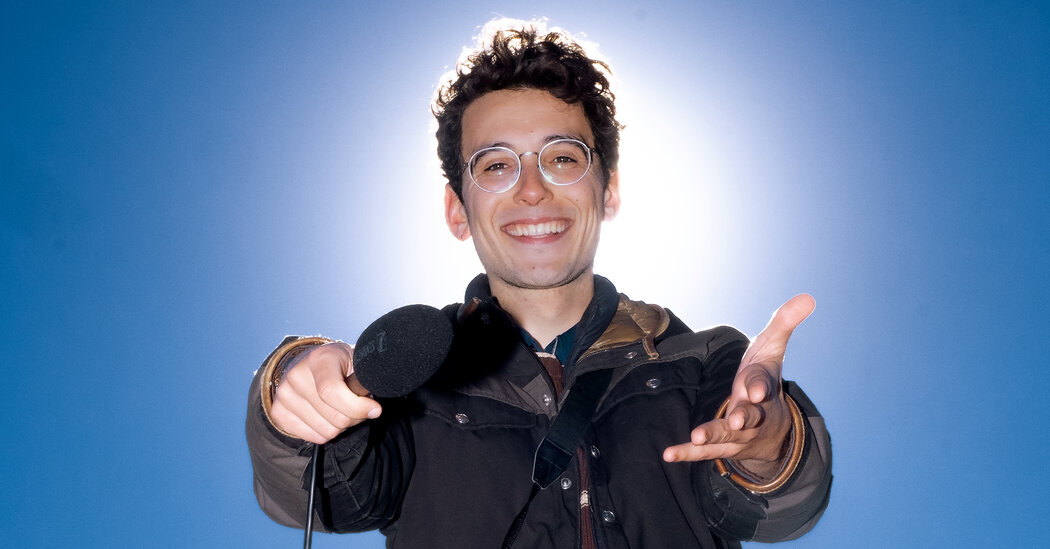 They caught up with children on benches, in front of statues, in the middle of Flatbush Avenue. Mr. Shapiro-Barnum wielded his interviewer’s microphone like a magic wand, using it to distract, redirect, conjure and tune. An accomplished director, he rechecked his lighting or changed Mrs. Ty Goldberg’s stance.

Mr. Shapiro-Barnum scrolled through the approaches as one would with a TikTok feed: quirky questioning, imitation, silly voices. At one point, he pretended to be a tiger, wondering if he could befriend a child he also wanted to eat. The child hesitated, not exactly scared. Occasionally, he would suggest a reshoot, ask a child to answer a question again, or turn forward when delivering lines he could clearly see as quotes for an episode.

In order to preserve his chaotic portrait from the apprehension (mis) of childhood, he sometimes had to postpone the intervention. “Sometimes parents can’t help giving directions. ‘Recover.’ ‘Smile.’ “Wipe the ice cream off your face,” Mr. Shapiro-Barnum said. “We like it to be a little more informal.” As two young women walked past, one leaned over each other and said, “He’s the Instagram guy who makes the kids videos we were laughing at.”

When I asked parents why they allowed a stranger access to their children, on camera, for free, they had different answers. “I’m a big fan of the show,” one said. “He looked so sweet,” said another. “We need this kind of open community connection now,” said a third. The father of a girl who appeared in a previous episode opened up about the recognition his daughter received. “The whole school came to us after it aired,” he said. “She was like a celebrity.” (After the shoot, the girl asked for a treat. “When you hit 100,000 likes, you can have a donut,” her dad joked.)

Mr. Shapiro-Barnum has woven golden threads on the internet with his young subjects. He got down to their level – the floor. He echoed their thoughts, encouraging elaboration. He scaffolded their energy with silly riffs. “All you need is an entry point,” he said. “We’re just looking for a bit.”

Some of this ease comes from years of working with young children. Mr. Shapiro-Barnum taught improvisation to young children at MacGuffin, a theater and film company in Philadelphia. And he was a creative force in bringing together the energies of younger cousins ​​he spent a lot of time with in his teenage years. “I like that kids feel comfortable, look good, and feel like they’re having fun,” he said.

10 quotes from Chicago Bears assistants who stood out