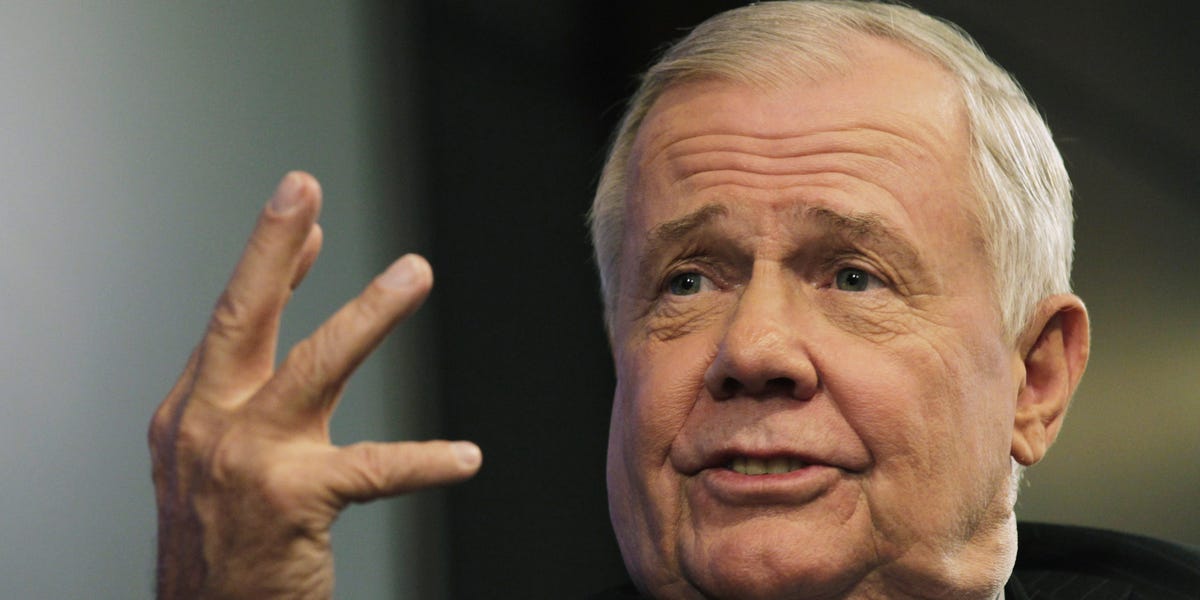 Jim Rogers warned that a historic stock market crash is on the horizon, touted energy and agriculture as near-term winners and warned that tackling inflation will require much higher interest rates raised during a recent Kitco News interview.

Rogers is best known as the former business partner of George Soros and the co-founder of Quantum Fund and Soros Fund Management. The seasoned investor predicted a painful recession, ruled out bitcoin’s success as a currency, and claimed that even a peace deal between Russia and Ukraine would not prevent asset prices from plummeting over time.

1. “I know more bear markets are coming. The next one will be the worst of my life.”

3. “It’s been 13 years since we’ve had a big problem, and that’s the longest in American history. It could be 30 years, who knows, but that’s already behind on a basic We have very high valuations, we have huge debt, we have a lot of new investors coming in. This isn’t my first rodeo, I’ve seen that movie, I know how it works. They’re all gonna lose. a lot of money. I hope I don’t go one of them.”

4. “When you have inflation, if you own the things whose price goes up, you make money. Farm products will go up, energy will go up before it’s over. You can sell to discovered a lot, a lot of action, all around the world and earning a lot of money. If you don’t know how to do either, put your money in the bank and wait – it’s better to earn 1% a year than losing 20% ​​a year. markets lead to big losses.”

5. “I own a lot of US dollars. Not because it’s sound money – it’s a disaster for the future – but in times of trouble people look for a safe haven. For historical reasons, many many people think the dollar is a safe haven. It’s not, but they think it is.

6. “There is no level at which I would buy cryptocurrencies unless something drastically changes.”

7. “Bitcoin is wonderful for people to buy, sell and trade it. I know people who have fun trading it; nothing wrong with that. But if it ever becomes a crowned currency success, no government will allow it. No government wants to lose control – they all love their monopoly, they’re not going to give up their monopoly.”

8. “Because we made so many mistakes this time around, interest rates will have to go very, very high. We will have a severe recession; a lot of people will go bankrupt, we will have a lot of problems. There’s no other way to solve the problem than to have double-digit interest rate hikes, à la Volcker.”

9. “We have to raise interest rates a lot, and have a lot of pain. Or we let people keep printing money, and have horrible inflation, and cause even more pain. I don’t know how. we solve the problem
too much inflation without pain.”

10. “If there was peace, we could reach new highs, but that wouldn’t negate the bear market. If something positive happens in Ukraine, there will be a big rally. Oil will go down , grains will go down, stocks and everything will go up for a while, so hopefully I’m smart enough to sell this rally because it’s probably the last big rally.

Read more: According to BlackRock’s chief investment officer, it’s time to shift money from US stocks and cash to struggling European companies. It lays out the top 3 reasons why and reveals what investors should buy.