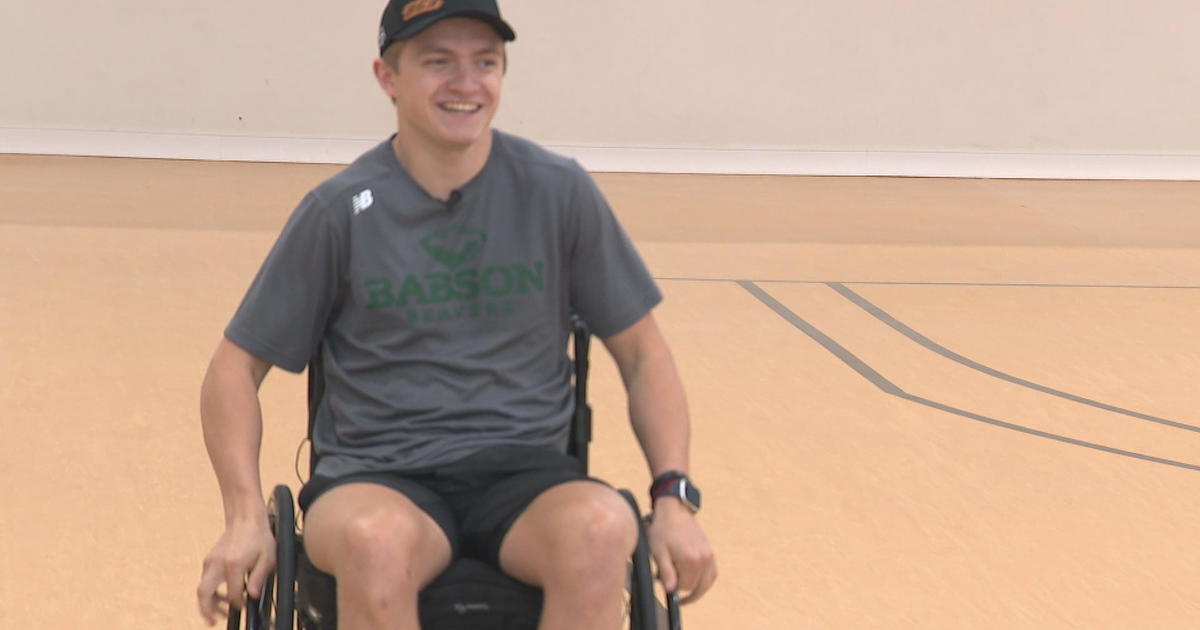 WELLESLEY — This week marks a milestone for a Fitchburg teenager who was paralyzed in a hockey accident a year ago. Jake Thibeault was determined throughout his recovery and even walked across the stage during her graduation from Milton Academy in spring. Now he is at Babson College.

“You look back now, Sunday marks a year where I lay in a hospital bed not thinking I’d be a freshman in college right now and still able to fight, that good,” said Thibeault.

It’s a new chapter for Jake. The 19-year-old has come a long way and is now at university.

“I realized that you have to cherish life,” he said.

Jake’s decision to attend Babson has a lot to do with head hockey coach Jamie Rice.

“I want to be there for him because I feel he’s always there for me,” Rice said.

“Since day one of the injury, Coach has been there for me. I always have him on my phone, the inspirational quotes he sent me that help me out,” Thibeault said.

“He inspires me,” Rice said. “Immense courage and a lot of humility.”

“There’s always a hand to open a door or push me up the hill, so getting around campus is relatively easy,” Thibeault said. “I feel like I have 35 brothers that I didn’t have two weeks ago.”

Jake arrived on campus last week, but his first day at the new Babson Recreation and Athletic Center was Tuesday. He’s not sure what his role will be on the hockey team, but he knows it will be important.

This program also includes rehabilitation for three hours a day at Journey Forward in Guangzhou.

“The other day I was able to swing my legs and generate all the effort I had and try to walk,” Jake said.

Milestones he hopes to continue to build on and inspire others along the way.

“I’m determined to get through here most of the time on my own.”

Paul Burton is a generalist reporter for WBZ-TV News.