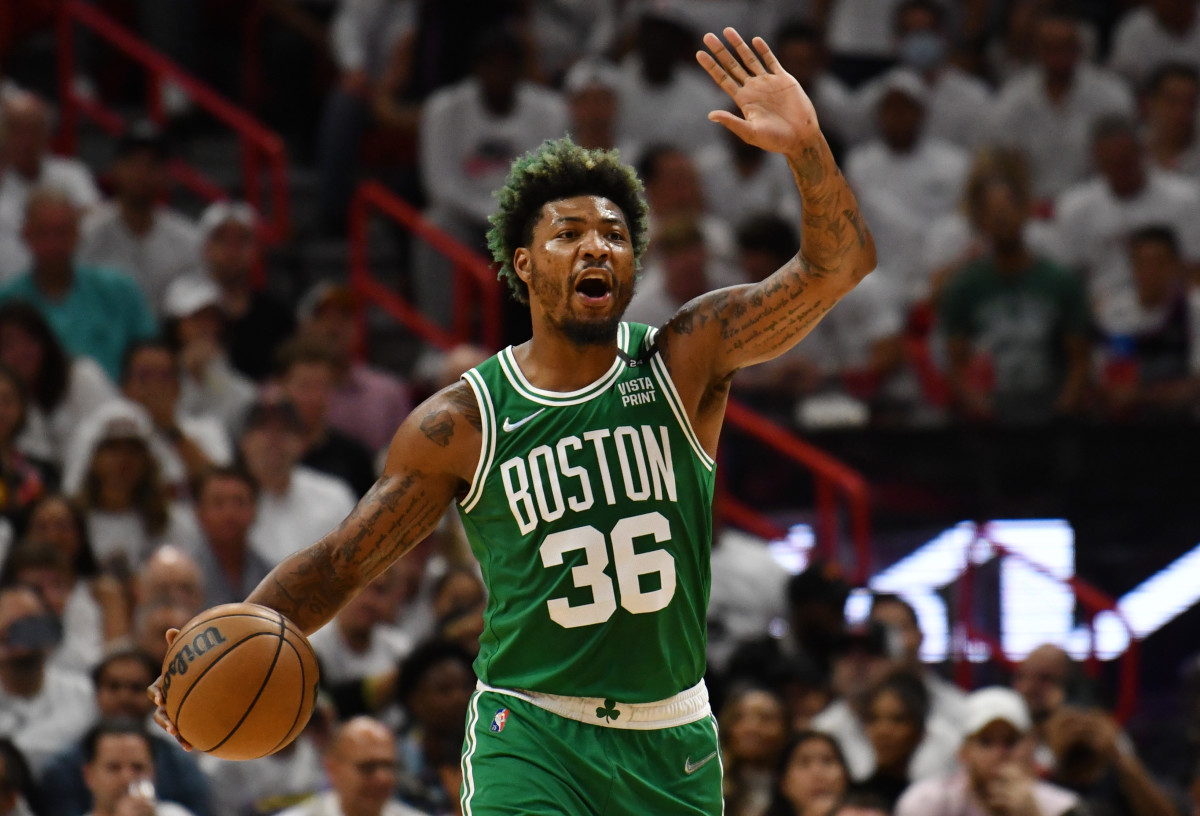 “If you take a job and they pay you five dollars a day, give them seven dollars a day of work.” : Marcus Smart posts inspirational quote from Bill Russell

Marcus Smart won the DPOY award for the 2021-22 season, and it’s clear his impact on the Boston Celtics goes beyond the stat sheet. He goes all out every night defensively, and there’s no doubt that his hard work to disrupt opposing offensive players often pays off for the Boston Celtics.

Recently, Marcus Smart posted an inspirational quote from Bill Russell, which suggests that hard work pays off. There’s no doubt that this is a quote that encourages the reader to work their best, as Marcus Smart suggested in the follow-up tweet.

“If you take a job and they pay you five dollars a day, give them seven dollars a day of work!” -Bill Russell

Obviously, becoming an elite defender like Marcus Smart takes a lot of dedication and hard work. There’s no doubt that the hard work has paid off for Marcus Smart as he earns recognition from others while helping his team advance to the Eastern Conference Finals. He was also instrumental in their win over the Miami Heat on the road in Game 2, recording 24 points, 9 rebounds, 12 assists, 3 steals and 1 block. The Celtics managed to blow up the Miami Heat and, as Jimmy Butler suggested, embarrassed the Heat on their own soil.

The Boston Celtics have a legitimate shot at advancing to the NBA Finals this season, and it would mark their first Finals appearance under the Jayson Tatum-Jaylen Brown era. The Boston Celtics defense has been suffocating for much of the season, and a lot of that has to do with Marcus Smart’s leadership at that end of the field. Marcus Smart will be the key for them during this series, and we will see if he is able to help them finally break through at the highest level.