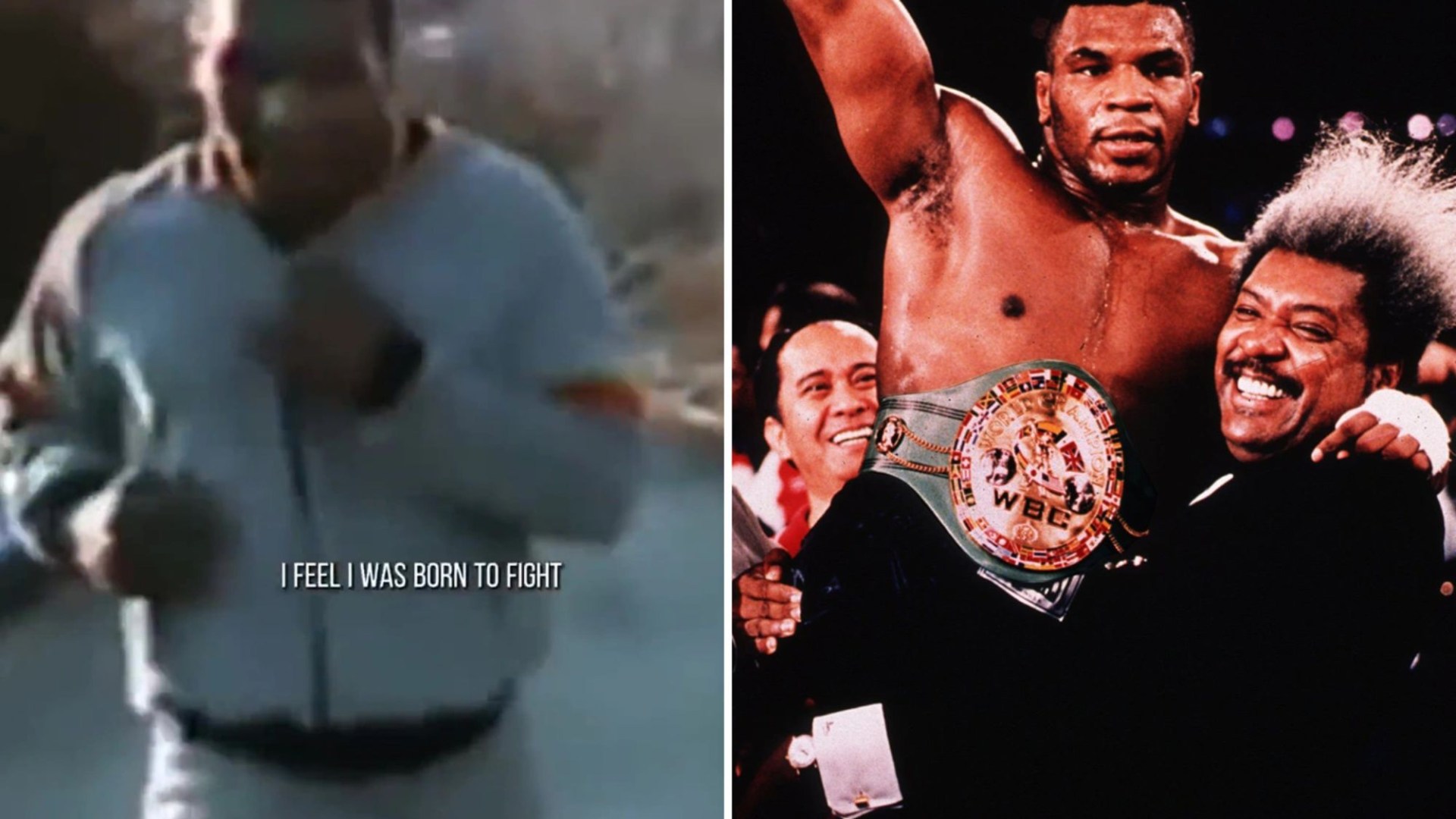 MIKE TYSON claimed ‘determination and willpower’ were more important than talent in a motivational interview given at just 16.

In a clip unearthed on social media, a teenaged Iron Mike offered his take on what helps make a champion.

In the clip shared by the @Handz0fStone Twitter account, Tyson said: “I feel like I was born to fight because I have no interest in anything else. Everyone is a fighter at full share.

“You are a fighter, I am a fighter, everyone in this room, even the journalists, they are fighters.

“And not everyone has the discipline to wait in the locker room for two or three hours and then go into the ring and do what they’ve been taught all those years in the gym.

“So that’s what separates a champion from a mediocre fighter.”

“Well some people, they have talent, that’s good, it helps when you have talent.

“But as long as you have a lot of determination and the will, that’s all you need. And you have to have the will to win.”

Having realized all there is to boxing, Tyson recently led the rule over young contender Jake Paul.

The pair posed for photos together, but according to Hall of Fame trainer Freddie Roach, Iron Mike had little interest in watching The Problem Child.

Roach told FightHype, “Tyson looked at him and left.

“He saw him practicing for 30 seconds and said, ‘Freddie, can we come downstairs and see the pictures?’

“He knows that’s where the good pictures are. He wasn’t as interested as I was.”

Don’t be afraid of the artwork of the future