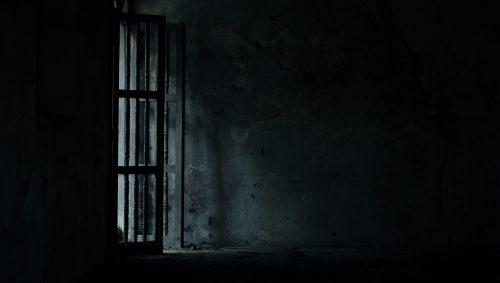 Guest Comment: The use of tropes in the AD campaign does a disservice to our community

A trope is a rhetorical device thatestablishes a predictable or stereotypical portrayal of a character.” A dog whistle is perhaps a particular type of trope aimed at a specific audience that understands its meaning and significance. In the literary sense,tropes become popular because they work. Tropes are used over and over again because they speak to us on a deep level and connect with our experiences, fears and hopes..”

Tropes are often based on a historical stereotype that becomes shorthand for a group characteristic that demonstrates their inferiority or danger. Stereotypes that evolve into tropes, and in some cases dog whistles, can be long-lasting and represent enduring representations of entire groups.

They can be used and mobilized to categorize and create us/them distinctions. Indeed, given their presumed occult content, dog whistles specifically appeal to a group to build solidarity among members. Dog whistles use terms that speak on a deep level and

Anti-Semitic and anti-Black tropes are so common that long lists have been compiled to alert people to their use. See, for example, the report of the American Jewish Committee Glossary of Anti-Semitic Terms, Phrases, Conspiracies, Cartoons, Themes and Memes. And while the focus here is on rhetorical tropes, visual tropes are used in media that elicit specific expected responses or behaviors. See familiar racialized TV tropes here.

Typical contemporary anti-Semitic tropes include accusations of receiving “Soros money” (in my childhood it was Rothchild money) or belonging to a cosmopolitan elite – a concept that Stalin used and was used recently by Putin regarding the oligarchs. In Putin’s case, he is NOT saying they are Jewish; he simply says that they are dangerous like the “rootless cosmopolitans” of the Stalin era.

There are tropes relating to homeless individuals, the most common and enduring being the use of “transient” to describe them. This indicates that homeless people are not “from here”; they are not of us; they are aliens.

And, of course, Lee Atwater’s entire southern strategy was a series of tropes that evolved as the N-word became inexpressible in public. As Atwater made clear, this led to the use of other words that meant the same thing. Terms like bus, state rights (which have come up in recent weeks) and, later, the economic issues of welfare and the lazy poor.

Lately, a trope of seemingly recent origin has appeared nationally and locally in the news. This trope combines some elements of being soft on pedophiles, accepting child pornography, or, more insidiously, engaging in “grooming” children to be sexually abused by homosexuals.

I say apparently recent origin because most of us associate these tropes with the rise of Q-Anon and the accusation that the leaders and members of the Democratic Party are engaged in a worldwide conspiracy to enslave and sexually abuse the children.

Although laughable in a way, the Q-Anon conspiracy had potentially serious consequences when a Q-Anon follower showed up armed at a pizza joint in Washington, DC. It’s interesting how far this conspiracy has come into the mainstream, since then, in the form of a related trope or tropes.

But this trope is not new. In an excellent article by Mother Jones: Why are right-wing conspiracies so obsessed with pedophilia? Ali Breland traces the historical durability of not only the conspiracy, but also the tropes that grew out of it. Indeed, this particular trope is one of the oldest anti-Semitic tropes – the blood libel trope. It has been around since the Middle Ages and accuses Jews of using children in human sacrifice.

The trope mobilizes our fear to protect the most vulnerable members of our families and communities. It is linked to our evolution and is always visceral, leaving a feeling of repulsion.

Therefore, perhaps we shouldn’t have been surprised to see this trope deployed during Ketanji Brown Jackson’s Senate Judiciary Committee hearings. Notice that no one had to say that she had become close to pedophiles; they only had to question his conviction record. Once the trope was unleashed, it didn’t matter that the record showed she dealt with this category of crime in a way that is the norm. Doubt is sown; the trope established Judge Jackson as a certain type of character. In his case, this character is someone who, if given the chance, will put our children in danger. She is a danger.

When District Attorney Jeff Reisig used a similar trope in an (alert?) campaign ad attacking Cynthia Rodriguez, he did the same. The trope is designed to place Ms. Rodriguez beyond paleness – not just someone who is likely to coddle criminals, but the worst kind of predators. She is a danger.

I’ll also note that the Reisig ad image also added a half-page of silver images, which raises the question of whether statements about Soros’ support for the so-called progressive candidates of the AD could be on the horizon. Reisig supporters in the last campaign used this trope and the issue was raised in a recent forum.

(I must briefly address the “accusation” in the Reisig ad. The Rodriguez campaign received donations from the families of two people convicted of sex crimes – sex with minors. That is not disputed. But the movement quick to release the “support for pedophiles” trope obscures the question of why these donations were made and, more importantly, whether they say anything about how Rodriguez will handle charges of criminal behavior related to sex with children or child pornography that may be submitted to him as DA are aware of these donations because the donors (family members of the donors, more accurately) committed and were convicted in a very public way. They are known offenders. Second, there is no legal reason why they cannot contribute to a campaign, regardless of their crimes. And third, perhaps the Their contributions say more about their treatment by the DA’s office than their support for the DA’s opponent.)

The pervasiveness of media – social and informational – has increased appeals to stereotypes, led to the rapid proliferation of memes, and led to the recycling and repurposing of even old tropes. It behooves us, as consumers of these media, to recognize how terms, concepts and images are used to connect, especially in these times, to our fears.

We claim to want elections and government processes to be about “the issues,” but too often we let tropes and other rhetorical mechanisms shape and dictate our engagement.

We don’t need tropes in this race; we need substantive discussion and debate on issues such as AB 1928, the purpose of bail, appropriate and inappropriate uses of restorative justice, charging philosophies and plea bargaining, mental health and crime.

Robb Davis is a former mayor of Davis