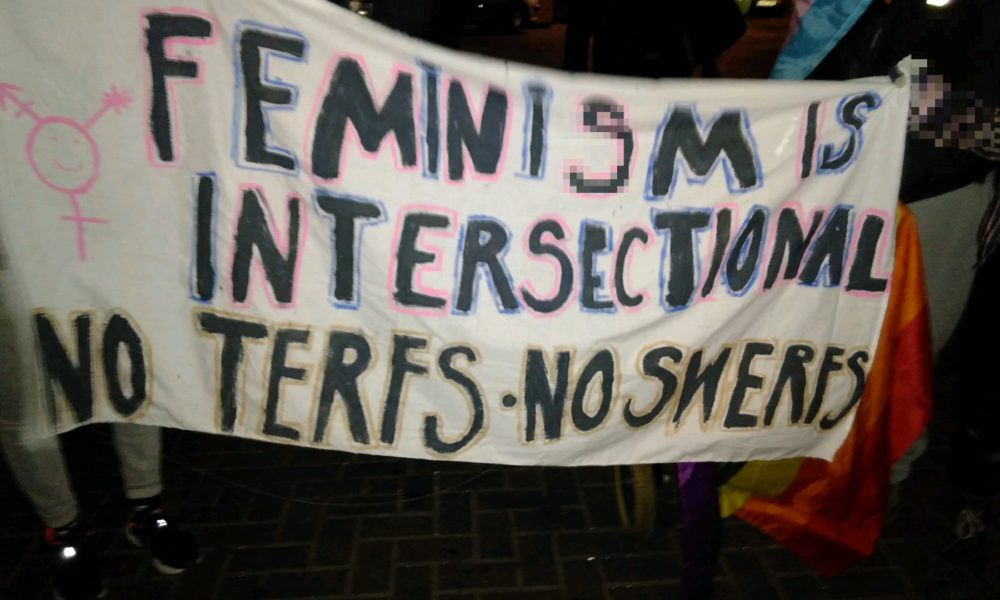 Gender critics are the female auxiliaries of neo-fascists

In recent years, the most important document outlining the platform of the movement has been the Declaration on the Gender-Based Rights of Women. He calls for the same policies as Raymond: end legal recognition of trans identities and their legal recognition as a class. He argues that the legal existence of trans people as a class discriminates against women and against rights recognized by the UN. Likewise, he argues that all medical procedures related to the transition are part of “gender identity”, which they believe inherently contrary to women’s rights, and therefore should be prohibited. The only right for trans people that the document lists is that people should be able to dress as they wish.

History provides evidence that, if the opportunity presented itself, the American right would accept a â€œsoftâ€ eradication of LGBTQ + people. When AIDS was killing gays at a frightening rate in the ’80s and’ 90s, they refused to do anything because they saw it as a solution to a problem, God’s rightful revenge on the wicked. Right-wing radio hosts who paved the way for Shapiro and Carlson gleefully read obituaries of dead gay men, while playing Queen’s “Another One Bites the Dust” in the background.

Coordination between these three factions on trans people has increased. The LGB Alliance (an anti-trans group that claims to deal with LGBTQ + issues, but only lobbies against trans people) recently held a conference in London. American writer Andy Ngo was in attendance and had a press pass for the event. For those unfamiliar with Ngo’s work, he primarily provides glowing Proud Boys coverage to far-right media like the Post-millennium, serving as a sort of Wal * Mart Leni Riefenstahl to necks trying to join the Sturmabteilung 75 years too late.

If all of their wishes come true, everyday life for transgender people becomes almost impossible unless they never leave their homes. They will not be able to obtain an accurate official ID. They will not be able to use the public washrooms, except for those few unisex tagged at one stall, and they will not be able to get medical treatment related to the transition. Going to work or school will be impossible: no toilet that you can use regularly, and always a teacher, student or colleague exercising their right to laugh at you and humiliate you. Violence against trans people will continue to escalate as they are demonized and transformed in a terrorist campaign of stochastic violence that the police do nothing to prevent.

As a result, trans people who are in the closet are under great pressure to stay there. Those who are already out and have made the transition will need to consider leaving the country, as some have already done in Hungary and the UK. When you commit cultural genocide, you don’t have to kill people; just making life so miserable that they run away or go underground is enough.

We can already see this kind of thing happening all over the world. In Hungary, which US conservatives present as an example of how to wage culture wars, women and gender studies programs have been banned, as has the recognition of trans and intersex people as classifying and modifying gender markers on government documents. In the UK, a person making an appointment today to see a similar clinic for an admission appointment can expect to wait around 1,296 years before being seen, which is tantamount to a ban medical care. In Russia, Vladimir Putin (whom the religious right also loves) has called the acceptance of trans people a “crime against humanity”, while LGBT people in the country are beaten with impunity by street thugs who support Putin’s moral order.

We have to stop pretending that there are two equally valid sides to this. It’s not about trans people versus women with â€œlegitimate concernsâ€. It was the trans people against an alliance of well-funded religious authorities worthy of the Republic of Gilead, neo-fascist henchmen in search of their free brown shirts, and the overt “liberals” who decided that these movements were theirs. golden ticket to a world with far fewer trans (out) people.