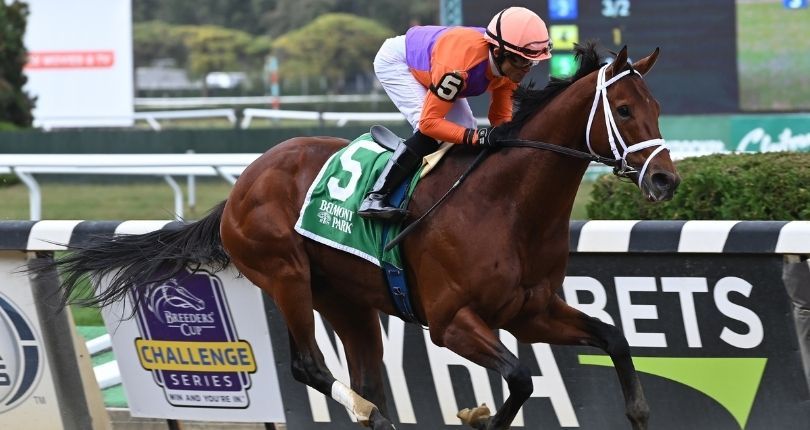 (After the Sea / Photo courtesy of NYRA)

From the NYRA media team:

Trained by Hall of Famer Todd Pletcher, Follow Sea wired the four-horse field for a full 4-length victory. After a third place finish in the Grade 1 H. Allen Jerkens Memorial on August 28 at Saratoga Racecourse at the highly regarded Jackie’s Warrior and Life is Good, Follow Sea returned to Big Sandy, where he is now 2 for 2 during from the dirt road – adding to an impressive allowance earned on an older company in June.

Quotes from the trainer:

Pletcher said he asked Rosario to pass judgment on tactics after the break.

â€œWe just wanted to take advantage of the outside post and see how everything went,â€ Pletcher said. â€œHe broke nice, got right in front and it felt like he was in hand the whole way. He looked like he got off to a good start and Joel took care of him quite late.

Pletcher, although still undecided, said he is considering the Breeders’ Cup Sprint as his next start.

â€œWe’re going to play it by ear and see. I’ll talk to the guys at Spendthrift and we’ll come up with a plan. It has to be on the line, â€Pletcher said.

â€œIt’s going to be a steady pace. Whether it’s Jackie’s Warrior or this horse [Following Sea], no one will have an easy lead in a slow pace. It will be a passionate event, â€said Breen.

Quotes from the jockeys:

Rosario said he felt confident aboard Follow Sea throughout.

â€œI just helped him get out of there,â€ Rosario said. â€œHe looked like he had broken really well and he got in his head. I thought he liked it and he had a big race.