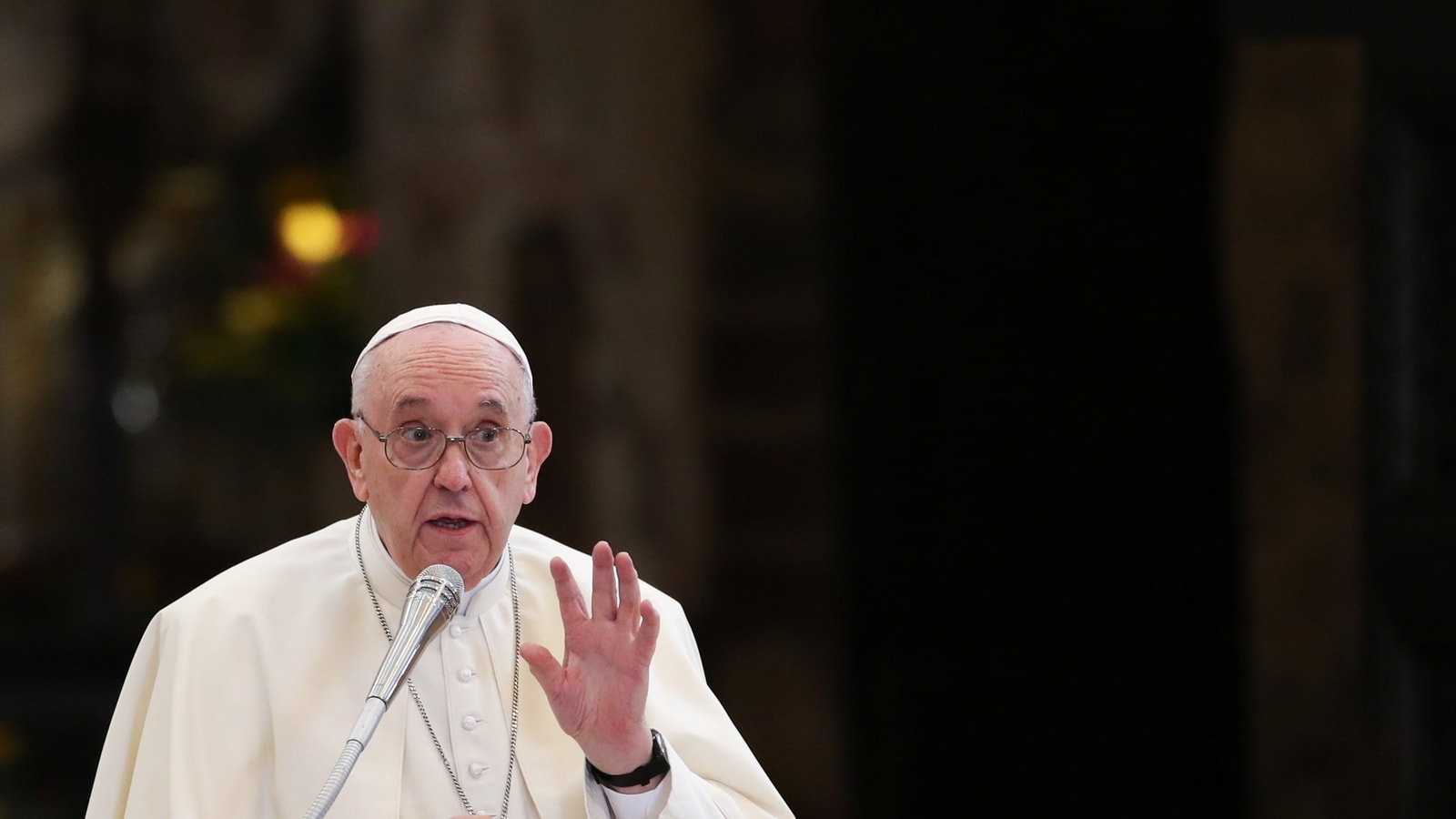 From ‘rivers of blood’ to ‘perverse abuse of power’: 5 quotes from the Pope on Ukraine | world news

Russian-Ukrainian war: Pope Francis during his address to the Catholic Church conference in Bratislava recalled the destruction caused in Europe during the two world wars of the 20th century

Pope Francis on Friday again condemned the ongoing Russian-Ukrainian war which has entered the 23rd day. Without naming Moscow once again, the pope in his message to a conference of the Catholic Church in Bratislava, the Slovak capital, recalled the horrific scenes of the two world wars that hit Europe in the 20th century.

Here are the Pope’s five major statements while condemning the uninterrupted war that has been going on in Ukraine since Vladimir Putin launched a full-scale invasion on Ukraine, calling it a military operation.

> “Once again, humanity is threatened by a perverse abuse of power and partisan interests that condemn the defenseless to all forms of brutal violence,” Pope tells Catholic Church conference

>”Faced with the barbarism of the killings of children, innocents and unarmed civilians, no strategic reason can stand. The only thing to do is to stop this unacceptable armed aggression before it reduces cities to cemeteries In the name of God I ask you: stop this massacre!” The Pope declared on March 13

> “In Ukraine, rivers of blood and tears are flowing. This is not just a military operation but a war that leads to death, destruction and misery,” the pope said March 6.

> “Those who pay the price of war are the people, the Russian soldiers and the people who are bombed and die,” the pope told Patriarch Cyril of the Russian Orthodox Church.

Fighting between Russian and Ukrainian forces continues to escalate with each passing day. kyiv, Mariupol, Lviv and Kharkiv are bombarded relentlessly by Russian forces. Ukrainian authorities said on Friday that Russian missiles targeted a military aircraft repair plant near the airport in Lviv, the cultural capital.

Successfully subscribed to the newsletter

Thank you for subscribing to our Daily news capsule newsletter.

The Listening Heart: The Reforming Vision of Corita Kent