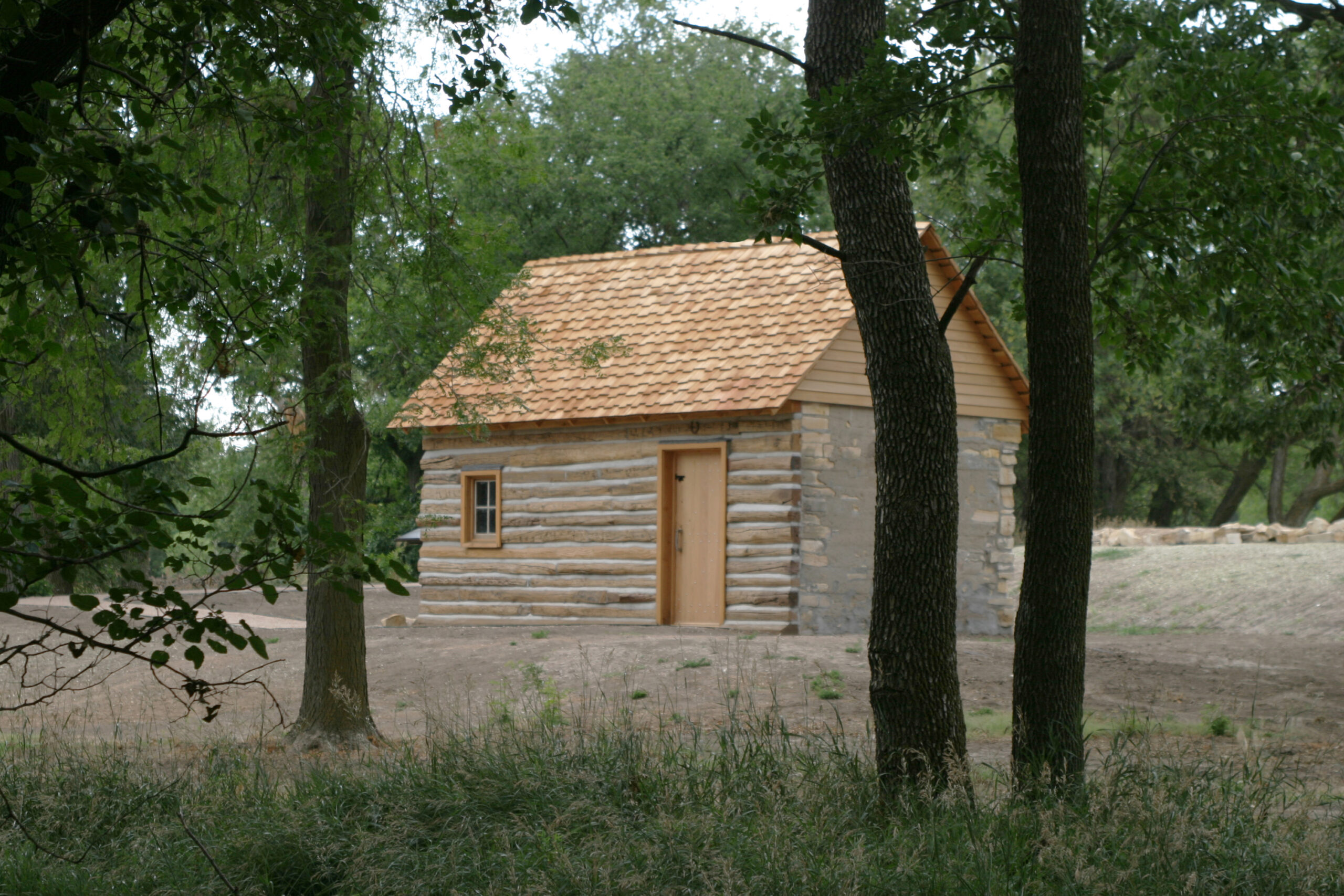 For 150 years, ‘Home’ has been where you sing this song

Brewster Higley is an enigma.

When he arrived in Kansas in 1871 he was already 50, so life on the frontier must have been a special challenge. Higley was a doctor, what today we would call an ear, nose and throat specialist. But in rural, remote Smith County, near the geographic center of the contiguous United States near the Nebraska line, he was a simple country doctor. He amputated limbs with a handsaw, fought typhoid fever, dressed gunshot wounds.

And he wrote the lyrics to what would become the unofficial American cowboy anthem. One hundred and fifty years later, the first line of Higley’s poem-turned-song is instantly recognizable:

As a kid growing up in Kansas, I didn’t think much about the song. It was just always there, part of a collective soundtrack played live at school recitals and emanating from the AM radio on the kitchen table. “Home” was in my old Mel Bay guitar book, but I skipped it, looking instead for the power chords I hoped (unsuccessfully) would make me cool. But over the past few months I’ve revisited the song and been struck by how each generation has appropriated the old melody.

“Home on the Range” became Kansas’ official song in 1947, but it was hugely popular before that. It has been covered by artists from Bing Crosby (1933) to the progressive rock band Kansas (2016). A campfire favourite, it’s relatively easy to learn and you can hear it play just about any old-school acoustic guitar gathering. It has also been a lightning rod for plagiarism allegations. Various states have claimed the song as their own, including Colorado, Arizona, and New Mexico.

There is little doubt now that Higley was the author.

What’s less certain is what motivated him to come to Kansas in the first place.

“Dr. Brewster Higley was an eccentric character,” wrote his friend, publisher W.H. Nelson, in a 1914 edition of the Smith County Pioneer. Nelson recalled Higley, an amateur poet, as “gross and crude in appearance, but with a heart filled with poetry and compassion for suffering humanity”.

Back in Indiana, Higley left a life marked mostly by her misfortune. Those who knew him there have told historians in the decades to come of his family’s poverty, his marriages, his losing battle with the bottle. He had good reason to be a troubled and lonely man. His first three wives are deceased, according to CM Cooper in the Great Plains Quarterly. When he married a fourth wife, Mercy Ann McPherson, a widow with a young son, the union apparently proved so unpleasant (perhaps for both parties) that he sent his two children to live with relatives in Illinois and left, secretly, for Kansas. . For years, according to Cooper, no one in Indiana knew where Higley had gone.

Higley took with him a borrowed revolver and the ambition, apparently, to start a new life by settling in Kansas. After spending the first year at a boarding house, he staked out a claim on Beaver Creek in Smith County and built a one-piece dugout. It was there, in 1872, that he wrote the poem that begins with the line “Oh, give me a house where the bison roam”. The poem was published in the Smith County Pioneer a year later.

Then Higley forgot about the poem for about a year until a friend found it hidden in one of the doctor’s books. The friend urged Higley to set the poem to music, and Smith County neighbor Dan Kelley, a musician and Civil War veteran, offered the melody that would be recognizable to us today. Kelley performed the song with local band Harlan Brothers, and a chorus was added that mentioned clear skies and no discouraging words. From there, the song takes flight on cattle trails, passing from singer to singer, performed in somewhat different versions.

There have been several fanciful accounts of how Higley came to write the song, including a dubious 1947 biography by Margaret Nelson which purports to show his thought process as he wrote every line. One of the most common stories is that Higley was waiting for a deer to wander by his cabin so he could shoot it for supper (presumably not with the borrowed gun) when, tired of waiting, he started writing on what he had observed in his cabin. gate. But Cooper, who wrote the article in the Great Plains Quarterly, treats such stories with suspicion; it is unlikely that Higley wrote of things he saw from the dugout, since by 1872 there were probably no bison left in Smith County. Similarly, antelopes or swans glide along Beaver Creek.

“The landscape that Higley has created in his poem,” Cooper believes, “is an ideal conglomeration of benevolent forces, a perfect and peaceful ‘garden of the West’. ”

Perhaps this is the purpose of “Home on the Range”, a desire to live in a pleasant and peaceful place where animals play and are not needed for dinner. Higley was certainly looking for a home, and perhaps he found it in the three or so years he lived in the dugout and cabin he later built.

Decades later, the song was a staple of radio’s golden age. After Franklin Delano Roosevelt told reporters that “Home on the Range” was his favorite song, it became the most popular song on the air. Most performers thought it was a traditional folk tune and in the public domain. But in 1934, the stations stopped playing the song because an Arizona couple, William and Mary Goodwin, sued NBC for $500,000 for copyright infringement. They were the authors, they claimed, and had published scores, under the name “My Arizona Home”, in 1905.

A New York lawyer, Samuel Moanfeldt, was hired by NBC to uncover the truth, and the lead led him to Smith County and the version published in the Pioneer in 1873. Although the newspaper edition that carried originally the poem was lost, publisher Nelson republished the poem in 1914. More importantly, another local newspaper, the Kirwin Chief, had reprinted the poem in 1876, and those copies were available.

This settled the Goodwins’ case, but it didn’t stop many others over the years from claiming to have written the song. And while the preponderance of evidence weighs heavily in favor of Higley, folklorist John A. Lomax Sr. had his doubts, as he had a letter from a Texan claiming to have known the song as early as 1867. Lomax, who heard the song for the first time by a black saloon owner and former cowboy, had the song published in 1910 in his anthology, “Cowboy Songs and Other Frontier Ballads”.

So what’s in the song that’s kept it going for 150 years?

“I dare you to close your eyes and sing the chorus and not think about your house,” he told me.

Holthus, the Home on the Range cabin spokesperson, has given similar quotes to other reporters, but he delivers the line with such sincerity that you believe him every time. And there’s truth in what Holthus, an 89-year-old who has lived his entire life in Smith County except for his college and military stints, has to say. We all long for home. It’s ingrained in us, as it was in Higley.

The song was near the top of Western Writers of America’s Top 100 Western Songs. According to multi-Spur award-winning novelist and WWA Roundup editor Johnny D. Boggs, the reason is simple.

“Why was ‘Home on the Range’ recorded by artists ranging from Vernon Dalhart in 1927 to Bing Crosby, Frank Sinatra, Lisa Loeb, Mitch Miller, The Mormon Tabernacle Choir, virtually every cowboy movie star? singing boy who’s ever strummed a guitar and the rock band Kansas? Because while it may be Kansas’ official song,” Boggs said, “its appeal is universal.”

The song offers us an idyllic world without storms or pollution, according to Boggs, where everyone gets along, even the animals.

“Alas, you won’t find that anywhere today,” he told me. “You probably couldn’t find it often in the late 1800s – but wouldn’t it be great if we could look at these stars and wonder if ‘their glory exceeds ours’?”

My friend Jim Hoy, who has written about Flint Hills cowboys and just about everything you could think of Kansan, talks about “Home on the Range” in a forthcoming book. He showed me a chapter of the manuscript in which he jokingly says he’s sorry for the other states that don’t have such good songs.

“We can lay claim to the most melodious, poetic, and well-known official state song in the entire country,” Hoy wrote. He admits a bit of hyperbole there and says he really doesn’t know any other state song except maybe “Oklahoma!”

A documentary on “Home on the Range”, directed by Ken Spurgeon and starring Buck Taylor, was released in 2017. Filmed entirely in Kansas, it won a 2018 Western Heritage Wrangler Award from the National Cowboy and Western Museum in Oklahoma City . It was produced with the financial support of the Peoples Heartland Foundation, a non-profit organization that operates the Home on the Range Cabin site.

The cabin, which was in poor condition and being used as a chicken coop when author Homer Croy visited it in the early 1940s, was listed on the National Register of Historic Places in 1973. It was restored in 2013. Although owned private, it is open for daily tours “from day to dark”, according to the website.

Holthus, the cabin’s spokesperson, said there was something special about the site.

“You can come and sing the song where it was written,” he said.

Higley would never know how popular the lyrics he wrote along Beaver Creek would become. Those who knew him said he never thought much about the song and liked another song he wrote better. But, there would be at least some measure of happiness for the solitary doctor with a troubled past.

In 1875 Higley married his fifth and last wife, Sarah Clemons.

“Hospitality Means the World” and Other Courageous Quotes of the Week