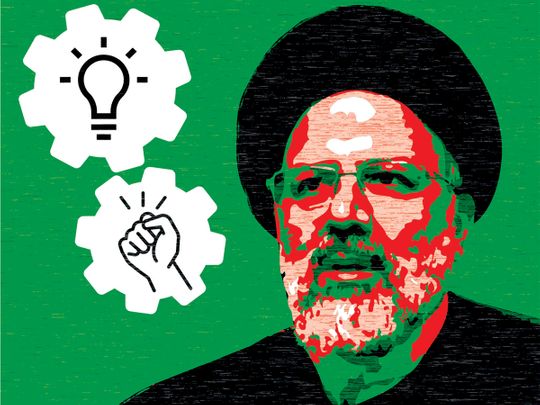 The victory of diehard Chief Justice Ebrahim Raisi in Friday’s presidential election finally ended the argument that there is a strong reform movement in Iran that may in fact challenge the absolute power of the government. Supreme Leader Ayatollah Ali Khamenei.

The election results may have touched the last nail in the coffin of all moderate tendencies in the regime, known in the West as the reformist camp. Today, the different wings of Iranian power are explicitly controlled by a single camp, the extremists, and by a single man, the Supreme Leader.

In 1997, a moderate cleric, Mohammed Khatami was elected president. He was re-elected in 2001. His election was hailed in Iran and the West as a victory for the â€œreform movementâ€. He was elected by the majority of Iranians, nearly 70% of the vote.

He pledged to transform the Islamic Republic into a fully democratic state, ease political, social and religious restrictions, modernize the economy and improve relations with neighbors and the outside world and attract foreign investment. .

The election of Khatami, a charismatic cleric fluent in Arabic, then marked the beginning of what would be called the reform movement in Iran. It raised the expectations of all concerned. During his two terms, he visited dozens of countries. He even visited the Vatican twice – in March 1999 and April 2005, his last international trip as president.

By comparison, his predecessor, Akbar Hashemi Rafsanjani, traveled only seven times during his presidency. The Iranians hoped that Khatami’s presidency would bring about substantial changes. But as many had suspected, Khatami’s election was just a variation of the same theocratic regime that has dominated Iran since 1979.

His election was necessary for the regime. It was about showing that he was evolving; say it was not a rigid system. However, after eight years in the presidency, Khatami has failed to keep any of his promises. The power of the presidency was too limited to bring about any change.

Today, 24 years after Khatami’s election, the same supreme leader and his vast network of powerful entities, such as the Revolutionary Guards, continue to rule unchallenged. Khatami and other “reformists” who were elected after him to parliament and the presidency, in particular incumbent President Hassan Rouhani, are too weak to face the absolute power of the supreme leader and the many unelected bodies that report to him. .

Disenchanted with the regime

There has never been any attempt to address the loopholes in the constitution to empower the people and the officials they elect.

The “reformists” were too afraid to stand up for what they claim to believe – a Republican system in sync with today’s world economically and politically, at peace with its neighborhood and attractive to the young people who make up the majority of the population. population today, but disillusioned with a regime that is not only oblivious to their aspirations and potential, but has succeeded in violently crushing any attempt on their part to demand a better Iran. These “reformists” stood passively as popular protests were violently crushed year after year.

Rouhani, who won the presidency on a â€œreformistâ€ ticket in 2013, is leaving office and Iran in a worse state than it was eight years ago. The current economic crisis is perhaps the worst since the revolution. The Iranians have seen much better days, even during the long war with Iraq in the 1980s.

The US sanctions, imposed by former President Donald Trump, after his exit from the nuclear deal in 2017 and the implementation of his policy of “maximum pressure” on Iran, have led to the drop in oil exports from 2.8 million barrels per day in 2018 to as low as an estimated 200,000 b / d in some months of 2020.

The currency, the rial, has lost 70% of its value since 2018. Inflation is at a record 50% and poverty at a record level. Relations with neighboring countries are at an all-time low due to hostile foreign policy and Tehran’s interference in several Arab states like Yemen, Iraq, Lebanon and Syria.

Although they have moderate presidents as the face of the regime internationally, these bellicose policies are in fact decided by the Supreme Leader and his Revolutionary Guards. In a leaked conversation with an Iranian think tank, published a few months ago, Foreign Minister Mohammad Javad Zarif said he had â€œzeroâ€ say on Iran’s foreign policy.

All major foreign policy decisions are made by the military, especially the guards, he said, confirming what most Iranian analysts and observers have been saying for years.

Rouhani and his “reformist” allies are either too weak or too complicit to demand that the president-elect and his team make these decisions. The moderate camp existed because Khamenei allowed it to exist, not because of its strength or popular appeal.

The idea of â€‹â€‹reform is of course attractive; the majority of Iranians are looking for real reform. But the people who claim to represent these ideas are not. There have been no reformist politicians in Iran. The moderates who managed to win important positions did not defend these ideas.

The Iranian people no longer believe in it. They no longer differentiate between Rouhani and Khamenei. At best, they are two sides of the same coin. Khatami, Rouhani and other so-called moderates have always been loyal soldiers of the regime they claim to oppose.

This is one of the main reasons the moderate camp seems to be fading away. A real reform movement never existed. The Supreme Leader is fully aware of this. So he gave up on the idea of â€‹â€‹bringing another so-called reformer to the presidency. He decided it was time to accelerate his “pure society” project.

The engineering of Friday’s election in favor of Raisi only paves the way for the guards and other conservative entities, closely led by the Supreme Leader, to exercise full control over the regime.

What are payday loans and how do I apply for them?

Consider These Online Money Loans If You Have Bad Credit