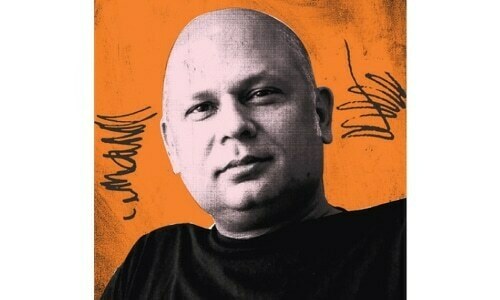 Translation is an art. It becomes more demanding when translating creative prose or poetry from one language into another. Then it becomes a genre in itself, which requires a similar, if not equal, mastery of both languages.

Additionally, there must be a deep engagement and cultivated ability to appreciate the history and cultural sensitivity of native speakers, the lived tradition behind the use of certain metaphors and symbols, and the cadences and nuances unique to those languages.

In the case of poetry, some still argue that it can never be translated. Why should we just limit it to poetry, though? If we follow this argument, nothing can be fully translated from one language into another, be it poetry or prose, because the most a translation can offer is the impression that a piece in a language created in another.

In some cases, this impression may well become as impactful as the original, or approach it – if the translator is someone as talented as Stephen Spender, who rendered Johann Wolfgang von Goethe’s German verse into English. , or Aseer Abid, who transformed the classic Urdu poetry of Mirza Asadullah Khan Ghalib into chaste Punjabi.

Most translations may not be of such high quality, but they are important nonetheless. Without translations, we will not be able to mutually access most of the literature of our own languages ​​in Pakistan, let alone what has been written in French, Spanish, Japanese and hundreds of other languages ​​around the world.

When it comes to translations from ours into other languages, our collective performance remains dismal. Neither our classical works nor our contemporary writings are sufficiently translated into international languages. Occasional initiatives on a small scale in certain countries of Europe, North America or Far Eastern Asia remain limited to a few works by a few writers.

There are only a few selections available in English, or literally two or three other languages, even for the best of us. In many cases, even though English translations of our own literature are made available through the publications of organizations such as the Pakistan Academy of Letters (PAL), some language promotion institutions for various languages ​​spoken in Pakistan, or Rarely, by an academic institution or a random individual, they are rarely available online or in a bookstore outside of Pakistan.

But the people who translate our poets and fiction writers into English should be recognized and appreciated. If their translations are not read as much right now, they will be valuable to serious readers in the future. The printed word is never lost.

We have been introduced to many different linguistic and literary traditions – Russian, Spanish, French and Arabic – through our Urdu literary journals, subject collections and dedicated books. Since the spread of English has widened the space of its use for intellectual and literary discourse, we also access the writings of most other languages ​​through English.

Dr. Laeeq Babree is one of the few people who have enriched us in more ways than one. Having equal fluency in English, French, Punjabi and Urdu, and significant knowledge of Arabic and Persian, he translated Urdu poetry, including works by Ghalib, Allama Muhammad Iqbal and Faiz Ahmed Faiz, into French.

He has written for Pakistani readers on different aspects of French poets and writers, from Stéphane Mallarmé to André Gide, from André Malraux to Charles Baudelaire. He has also translated various scientific articles from Urdu into English.

Babree was drawn to mysticism and translated Sufi Punjabi poetry. He took to writing poetry in Punjabi and made a notable addition to contemporary Punjabi verse through his collections Ghughoo Ghoray [Muted Horses] and Khinger [Hurtful Stone]. His articles on a variety of cultural and literary issues have appeared in various newspapers and periodicals.

Earlier this year, Dr. Amjad Ali Bhatti compiled and edited two books comprising Babree’s work. One book is in English, the other in Punjabi. Dr. Laeeq Babree’s literary works in English have eight sections, each dealing with a particular theme that concerned Babree.

From French literature and writers to his contact with mysticism and spiritualism, the book also contains his original articles on cultural and linguistic issues and his translations, ranging from a critical article on the Arab poet Mahmoud Darwish to the essay by Agha Salim on Sindhi drama. The collection also contains letters written to Babree by scholars, writers and diplomats, as well as speeches he gave at various events.

If we must see in the two books a truly appreciable effort to bring Babree’s work closer together, we must not forget that Babree wrote and translated into French a large part of his life. Naturally, it is not published here for lack of readership. Therefore, what is offered in English and Punjabi is not its full repertoire.

Babree was born in Lahore in 1931 and breathed his last in 2003. In some 72 years, he added new colors to the cultural and literary landscape of Pakistan.

The columnist is a poet and essayist. He recently edited Pakistan Here and Now: Insights into Society, Culture, Identity and Diaspora. His latest collection of verses is Hairaan Sar-i-Bazaar

What is Wealth Management and do you need it? – Forbes Advisor