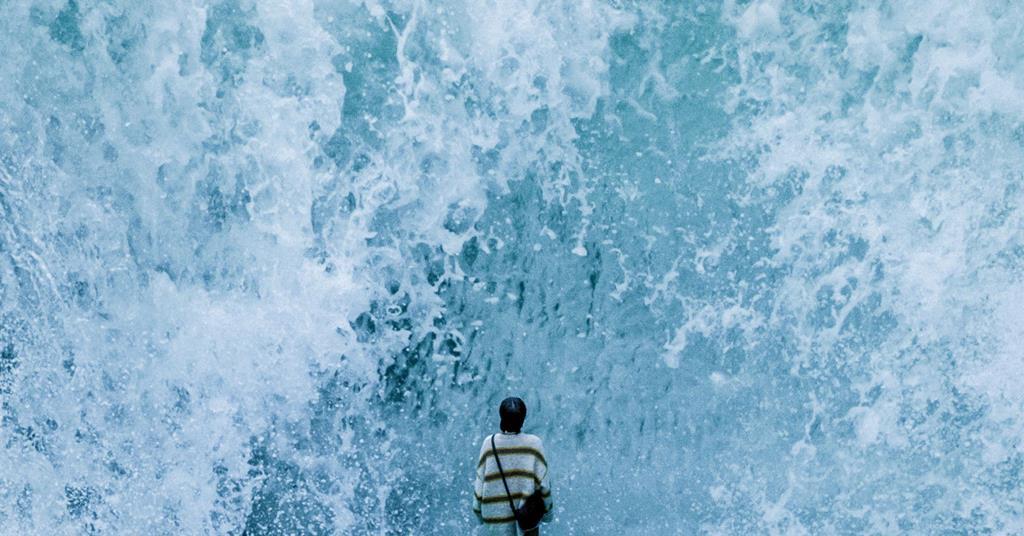 Like the rest of Cannes, short films came back strong this year. Postponed to October 2020, the year of the Cannes label, and broadcast to a smaller audience in 2021, a typically eclectic and distant selection of short films screened from May 21 to 28 in the Official Selection, Fortnight and Critics’ Week, without forgetting Cinefondation.

This year, the Palme courte and Cinéfondation jury was chaired by Egyptian Yousry Nasrallah, made up of actors and directors Monia Chokri and Félix Moati, writer and director Laura Wandel and journalist Jean-Claude Raspiengeas. The five chose to recognize an array of films from the eight titles competing for the Palme, 16 for the Cinefondation, and seemed to focus on crediting films with a running theme of social commentary on war and natural disasters. – an appropriate light on the last years of universal difficulties and a tribute to the power of cinema.

At the Quinzaine des Réalisateurs, ten short films competed for the first Illy prize, awarded by the Europa Cinemas Label jury, and as many were shown at Critics’ Week, whose jury was chaired by Kaouther Ben Hania.

The murmurs of water (China, 15 min) – SHORT FILM PALME D’OR
Real: Jianying Chen
Inspired by “Les Joyaux” by the French poet Charles Baudelaire, The murmurs of water explores the raw human emotion that emerges when residents of a small riverside town are forced to flee their homes after an unexpected asteroid hits the earth. Shooting in 35mm and digital to capture both the grainy textures of the salty and rocky atmosphere as well as the crisp landscape and horizon, DoP Xi Bing captures the darkness of a faded future with blues and greens that give this short a distinctly Tarkovskian feel. . Contact: rong_zhangxin@foxmail.com / shorts@neweuropefilmsales.com

Lori (Nepal, 14 min) – SPECIAL AWARDS
Real: Abinash Bikram Shah
Lori Director Abinash Bikram Shah has won awards back home in Nepal for his writing and is an alumnus of the Locarno Filmmakers Academy, Berlinale Talents and the Asian Film Academy. In his latest short film, he sheds light on the sinister underside of child trafficking, moving away from sensationalism and presenting the harrowing reality of young victims in Nepal with an authenticity similar to the social commentaries of the Dardenne brothers. Opening with a mother singing lullabies to her 12-year-old daughter, the story takes Simri (Ankita Yadav) away from that warm motherly comfort and compels the viewer to witness the tragic trajectory of poverty for girls around the world. Contact: anoopmimosa@gmail.com / lungkwokyiucareer@gmail.com

same old (US, 15 mins) – SCREEN CHOICE
Real: Lloyd Lee-choi
Rather than closing the door on the delivery man once our service request has been met, director Lloyd invites us to follow the journey of undocumented worker Lu (Limin Wang) in this neo-realistic depiction of the gig economy. Lu is a delivery driver with both a wife and a dependent mother whose bicycle (his livelihood, in a nod to De Sica) was stolen from him. The nocturnal quest along the damp streets of New York, dimly lit by the twinkling of eclectic, buzzing streetlamps, takes us into the unforgiving world of the forgotten who cross our paths daily. The film is led by a captivating performance by Wang. Contact: prokop@divisionseven.com / festival@salaudmorisset.com

A plotter (That, 19 min) – JACKPOT
Real: Valerio Ferrara
“BillGatesIsReptillia” is Antonio’s (Lucio Patanè) password for each account. He’s a barber who annoys his clients with biblical preaching and is obsessed with streetlights flashing an average of seven times, calling the coincidence a sinister government ploy, to who knows what end. A scene with the protagonist locked in a cell with four random strangers is a clever depiction of how easily a forest fire of disinformation can spread through online echo chambers but, after the first few jokes, the film loses. its comic elan with its repetition of satirical over-dialogue of the nose. Nonetheless, Ferrara’s timely and unique take on a working-class man’s search for autonomy in conspiracy theories deserves the €15,000 grant. Contact: g.gulino@cscproduction.it

Somewhere (China, 23 min) – SECOND PRIZE
Real: Li Jiahe
Set on an industrial farm that was once a thriving economic hub, thanks to its paper mill, Jiahe’s award-winning drama follows the livelihoods of two men repressing their grief as they search for the right place for their friend’s burial. . Elements of narrative spirituality are combined with Jiahe’s striking cinematography of framed window panes, abandoned buildings, and the blood-red horizon of the sky. The story progresses as the contrasting colors of the blocks blend into the natural hues of the earth. With little dialogue, Somewhere is a quietly powerful story of loss, masculinity and shattered dreams captured with incredibly meticulous direction and camerawork. Contact: wang121ming@hebust.edu.cn

Glorious Revolution (UK-Ukr-Ger, 20 mins) and Humans are dumber when crowded (France, 4 mins) – THIRD PRIZE
Directors: Masha Novikova and Laurene Fernandez
Yousry Nasrallah’s jury rewarded two films to share the third prize of €7,500. by Novikova Glorious Revolution encircles a mother’s fight to properly bury her son after his death during the 2014 Ukrainian revolution. It has spectacular staging that meticulously positions objects, walls and clothing together to reflect the colors of the Ukrainian flag in each frame. Fernandez Humans are dumber when crowded is a hilarious and brutal stop motion animation of the residents of an apartment complex told using excerpts from interviews with real-life neighbors. Contact (Glorious Revolution): g.harrold@lfs.org.uk

The past (US, 15 mins) – SCREEN CHOICE
Real: Pepi Ginsberg
Ginsberg’s short is a tense, chilling confrontation between protagonist Ben (Angus O’Brien) and a charming man named Sam after he declines Sam’s invitation to a private beach. Trapped in an open body of murky water and a dark, misty fog eerily captured by cinematographer Melanie Akoka, the film picks up speed in a menacing storyline when Ben encounters another man named Christopher. The past is a creepy watch that offers an eerie sense of comfort in its dangerous atmosphere for anyone who has ever been harassed. Contact: aaron@ground-work.co

Happy New Year Jim (That, 9 min) – ILLY PRICE
Real: Andrea Gatopoulos
Andrea Gatopoulos, also artistic director of the Il Varco International Short Film Festival, offers an ambitious experimental fusion of virtual reality with strange elements of the horror genre. As the title suggests, Happy New Year Jimwhich is shot entirely in video games, circles around the dialogue between two pro gamers Jim and Morten on the last night of the year. As their conversation delves deeper into uncomfortable territory, the audience is drawn further into the simulation, faced with unnerving issues. truths about technology, philosophy and reality that Gatopoulos’ latest short refuses to avoid. Contact: administration@gargantuafilm.it

baby (All, 16 mins) – SCREEN CHOICE
Real: Rudolf Fitzgerald-Leonard
baby follows Leon (Luis Brandt), a teenager with cerebral palsy, and explores his relationship with physiotherapist Mina (Lilian Mazbouh) in a short film inspired by the director’s personal experience. During a therapy session in a swimming pool with Mina, an incident occurs which results in a viral video mocking Leon. Platform for the cruelties of technology and militarized social media against people with disabilities, baby uses digital visual effects, instant messaging features and mobile phone screens to create an immersive story that positions the viewer against the daily battles experienced not only by Leon, but also by people with disabilities facing ablism around the world . Delicately, Fitzgerald-Leonard crafted a successful representative story with a thoughtful cast and ties to his own past after suffering a serious accident at the age of 14. Contact: office@problemkindfilm.com

ice cream vendors (Port-UK-Fr, 14 min) – LEITZ CINE DISCOVERY AWARD
Real: Joao González
Gonzalez’s silent animation follows the day-to-day working life of a father and son as they travel from their home on a cliff to the village below to sell ice cream to the locals. The film is a glimpse into Gonzalez’s exploration of daydreams, with a scraped graphite texture similar to that of Japanese Edo art but with a lucid saturated color palette coupled with a code red warning. against climate change. ice cream vendors is a moving portrayal of the nature of family ties. Contact: cola.audiovisual@gmail.com / agencia@curtas.pt

On the throne of Xerxes (Greece, 15 min) – CANAL+ SHORT FILM AWARD
Real: Evi Kalogiropoulou
The dystopian world of work at the Perama shipyard is introduced to the audience with a simple command: “There are no rules, except one: we don’t touch each other.” Ancient Greek mythology and the patriarchal structures that have ingrained themselves to the present day are explored through Kalogiropoulou’s imagination of an isolated world with a teasing forbidden eroticism, which will likely find its way into his first feature film. Kora, which is currently in development. Evan Maragkoudakis’ ambitious drone camera work positions the viewer as if seated on the throne of Xerxes, watching the workers below from a position of power that turns into voyeurism. Contact: shorts@neweuropefilmsales.com

Swan in the center (fr, 25 min) – SCREEN CHOICE
Real: Iris Chassaigne
Swan (Asja Nadjar) is a field investigator for a mall whose only human connection is with the shoppers she interviews for her job. Equally characteristic as Swan is the abundance of space, marked by empty mattress stores and changing rooms. The intersection between a mall being the breeding ground for commerce and the lack of freedom that Swan feels trapped in with a dead end job and still living at home with her mother is encapsulated in a shot of Swan staring at a billboard vacation of a woman stood with outstretched arms on the beach. Chassaigne then uses the state of the mall’s limbo after closing time to have Swan express her desires and desire for connection through intimate sex scenes with a woman who also works at the mall and feels equally lost in life. Anyone who has ever felt suffocated or isolated by the borders of capitalism will no doubt find some solace in this film. Contact: francoisolivier@lunaprod.fr