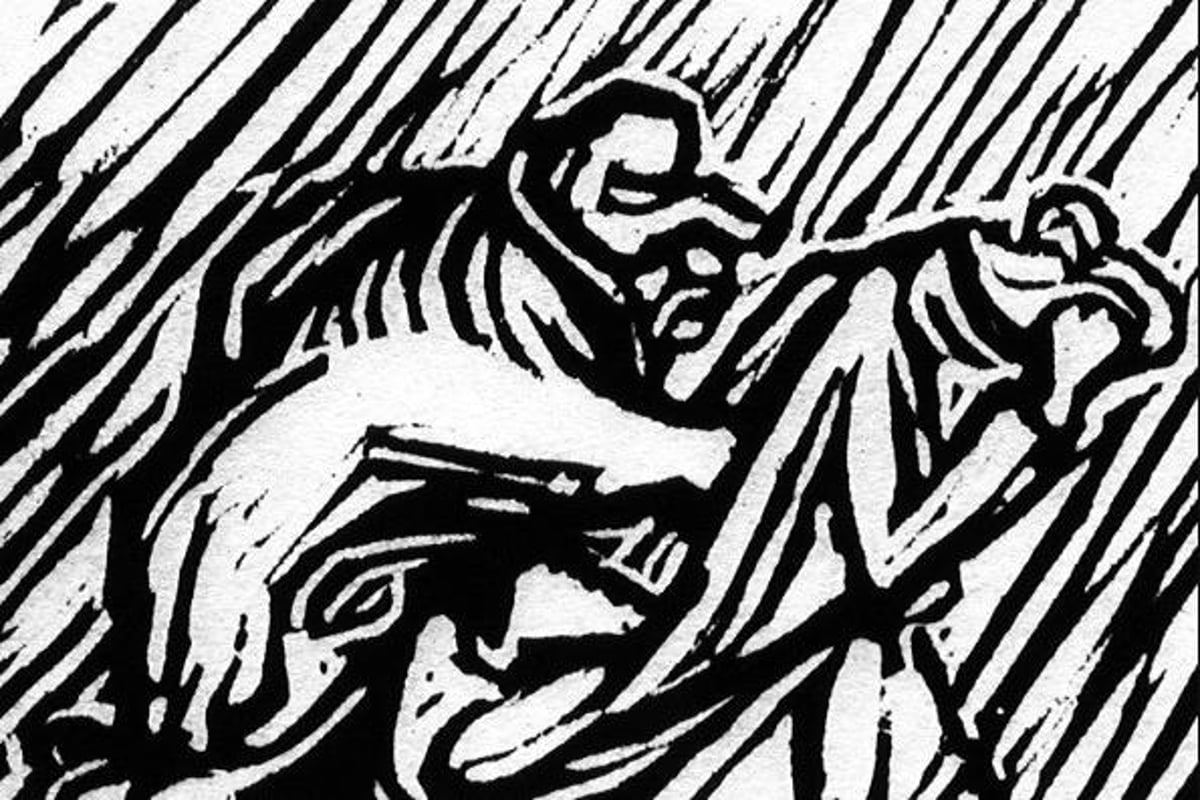 Now nine years old, Tapsalteerie is a small publishing house – founded by Duncan Lockerbie and based in Tarland, Aberdeenshire – specializing in new and innovative poetry across the Scottish, Gaelic and English languages. He already has nearly 30 titles on his list, ranging from Russell Jones’s science fiction poems Dark Matter to Ciara MacLaverty’s Glasgow Past Love In The Museum Of Transport collection; and now it is publishing the first in a series of collections under the title Modren Makars, featuring the work of three powerful Scottish-speaking female poets, selected and edited by Shetland writer Christie Williamson.

The three poets featured in this first collection are of retirement age, Finola Scott proudly declaring her status as ‘Scots first slam-winning grandmother’; but the most striking aspect of their work is their wide and energetic range of inspiration, and their rejection of the nostalgic tone often mistakenly expected from writing in Scots.

Fife-born Ann MacKinnon begins with Occitania, a Europe-wide reflection on the oppression of ancient languages ​​by emerging imperial states. His 30 featured poems also include Looking For The Rowe Back, or rewind button, a surprisingly timely reflection on watching the horror of war on television; a vivid view of Faslane Naval Base; poems by Louis Aragon and Charles Baudelaire translated from French; a wonderful poem called They Bring Me His Cap, about the loss of the Iolaire off Stornaway in 1918; and two laments for the Glasgow School of Art, damaged, restored, and then finally completely destroyed. His style is clean and rhythmic, his language is a strong and direct modern Scottish, without ever losing a syllable; and his poems breathe the life of modern Scotland, sometimes haunted by its own past, but also linked, day after day, to all the stresses of a planet in difficulty, and to a history that goes far beyond our own ribs.

Finola Scott is both more historian and more playwright than MacKinnon, delving deep into Scottish history to find voices that often sound thoroughly contemporary. Some of his most serious and moving poems confront the often hidden history of Scottish Covenanters, who in the 17th century were imprisoned, tortured and killed rather than conform to the state version of Protestantism. There are also breathtaking poems about an Irish migrant waiting on a hill above Greenock for her starving husband to arrive, and about the police horses sent to quell the suffragettes outside Perth Gaol in 1914 ; and a humorous trilogy – ideal for performance – about historical characters expressing their distaste for the new ways of the Romans, or, in Scunnered fae Skara Brae, with a husband who insists on spending his time building huge circles of stone across the Orkney landscape.

Irene Howat’s poems, finally, are of a somewhat more traditional cast, written in strong Scottish Ayrshire, and often returning to what seems to be the same haunting, beautifully worded story of a smallholder village and of a family traumatized by the First World War. Grandmother’s experience is strongly present here, both in memories and in Howat’s own grandmotherly experience; but the tone is not so much regretful or nostalgic as imbued with a deep sense of life’s richness, and its sometimes irreparable sadness. Tapsalteerie means “upside down”, as the very sound of the word suggests. Yet the first collection of Modren Makers from the imprint features three wise poets whose worldview could hardly be more upright in its sense of values, more realistic in its knowledge of pain and more imbued, nonetheless, with love and of wonder; and that bodes well for the future of the series, which will unfold over the next few years.

Answer to our prayers | Philstar.com