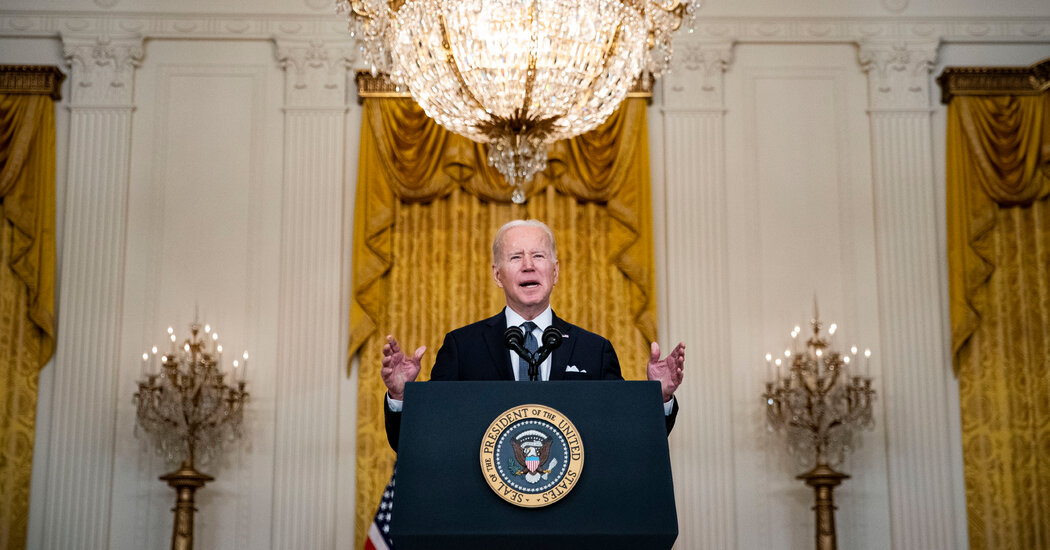 MOSCOW – President Vladimir V. Putin said on Tuesday that Russia had decided to “partially withdraw its troops” and the Russian Defense Ministry announced that some forces from military districts bordering Ukraine were being returned to their garrisons, a sign that Moscow could backtrack away from the threat of an invasion.

The announcement was the strongest signal yet that Russia might try to defuse the military standoff near the Ukrainian border, but it was far from clear that the threat of war had passed. Military analysts warned it was too early to draw firm conclusions on a possible troop withdrawal without more information.

Only a day earlier, US officials, closing the US Embassy in Kyiv, had warned that an invasion seemed imminent. President Biden, addressing the situation in Ukraine on Tuesday afternoon from the East Room of the White House, said “an invasion remains entirely possible.”

Earlier today, speaking in the Kremlin alongside German Chancellor Olaf Scholz, Putin said Russia would continue to press its central demands for a rollback of NATO’s presence in Eastern Europe. Is and a guarantee that Ukraine never joins the alliance.

“We are also ready to continue on the path of negotiations, but all these issues, as has already been said, must be considered comprehensively,” Putin said.

Later, during a briefing with German journalists, Mr Scholz expressed his frustration that the stalemate continued, given that Ukraine’s future membership in NATO – what the Kremlin calls a red line – is “not on the agenda”. NATO nations have made it clear that it will be years before Ukraine is considered, and Ukraine’s leader hinted this week that the country’s aspiration to join could be up for negotiation .

“Everyone needs to take a step back here and make it clear that we simply cannot have a possible military conflict over an issue that is not on the agenda,” Scholz said.

Despite Mr Putin’s announcement of a troop withdrawal, a spokesman for the Russian Defense Ministry, Igor Konashenkov, said that some servicemen the drills that raised fears of an attack on Ukraine – including in Belarus and the Black Sea – would continue.

Yet Putin’s comments added to signs that Moscow is willing to pursue its goals through negotiation, rather than launching immediate military action. Asked how Russia would act next, Mr Putin replied with a slight smile: “According to the plan.

But the outcome, he said, “doesn’t just depend on us.”

“We intend and will strive to reach an agreement with our partners on the issues we have raised, in order to resolve them through diplomatic channels,” Putin said.

Moscow added some weight to any negotiation when lawmakers in the Kremlin-backed lower house of parliament called on Putin on Tuesday to recognize breakaway states in eastern Ukraine as independent. This has raised fears that Russia could use this recognition to move more of its military to the regions.

Mr Putin indicated at the press conference that he would not immediately recognize their independence.

The troops described as being withdrawn come from the military districts closest to Ukraine, meaning they would remain relatively close to the country even if they were brought back to their bases. The statement said troops arriving in the region from further afield – Siberia and the Russian Far East – would remain deployed near Ukraine for the time being.

Ukrainian Foreign Minister Dmytro Kuleba said there was reason to be skeptical of Moscow’s statements. “When we see the pullout, we will believe in de-escalation,” he told reporters during a video briefing from Kyiv.