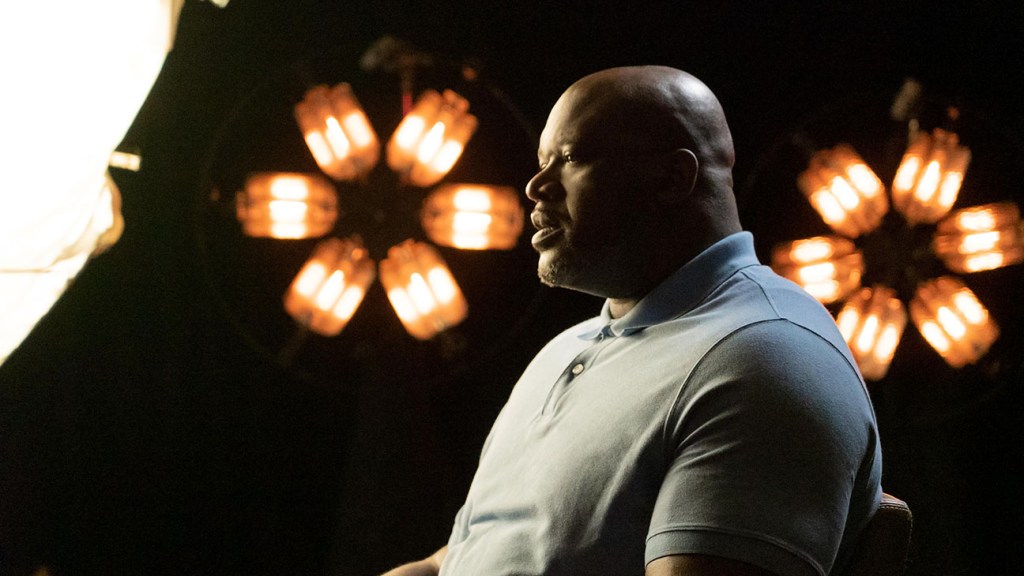 Repetitive, or at least duplicate, programming is nothing new, and it will only become more common as the television landscape expands.

In the case of anniversaries, that can mean dozens of shows focusing on 9/11 or the Los Angeles riots. In the case of freshly concluded news, that may mean several Fyre Island movies or more Jeffrey Epstein/Ghislaine Maxwell documentaries than I care to count.

Legacy: The True History of the LA Lakers

Eventually finds its own story, but the first few hours are redundant.

It can, however, be more arbitrary than that. Why did we need to celebrate the 23rd anniversary of Woodstock ’99 with two different documentaries pushing fundamentally similar buttons? I understand that only TV reviewers and news finalists will feel the need to watch every iteration on every topic, but it doesn’t seem particularly artistically adventurous to have multiple filmmakers telling the exact same stories at the same time using multiple from the same talking heads – usually with exactly the same limits of aesthetic imagination.

Even when there are variations, it is easy for fatigue to set in. Since March, for example, we’re on our third high-profile portrayal of the rise of the Los Angeles Lakers after the team was purchased by Dr. Jerry Buss.

The 10 parts of Antoine Fuqua — yes, ten — Hulu Documentary Legacy: The True History of the LA Lakers boasts a slightly ridiculous headline that implies other recent Lakers chronicles may or may not be ‘true’ – although its first chapter is beat for beat the story told in HBO’s first season Buying Time: The Rise of the Lakers Dynasty and its first four chapters are very, very, very close to the story told in Apple TV+ They call me magic.

Yes, it’s a scripted show, a show with a more singular focus and a decades-long omnibus. No, not everyone will watch more than one (or none) of these Lakers-centric projects. But I guess even the most dedicated Lakers fans might start rolling their eyes at some of the uncreative stories from the early episodes of Legacy. There is a time when Legacy locks in on its themes and areas of differentiation, but that point comes near the end of the six episodes sent out to reviewers.

This differentiation, which may or may not turn into an asset, comes from the extensive participation of the Buss family, especially Jeanie, as well as siblings Johnny, Jimmy, Joey, Janie, and Jesse. Access is great, but Jeanie, the Lakers’ current CEO and majority owner, is an executive producer on Legacy as well as several other key Lakers executives. And while the six episodes I’ve seen are quick to acknowledge the tensions between the siblings – and, presumably, the final four will delve into that even deeper – it’s hard not to feel that it This is a very involved advertisement for a luxury brand, of the type of warts and all that Disney+ has largely done for Disney properties.

Legacy is decent enough when it’s the story of a family in the throes of passive-aggressive, and ultimately active-aggressive tension, competing for the family business – like Succession if Kendall Roy was an executive producer, with a fun, star-studded basketball story in the background. The problem is you can’t make history without honoring Jerry, and Jerry Buss died in 2013, so the first four episodes are mostly generic basketball stuff with Jerry appearing in archival footage and the like kids discussing their madly nepotistic variations on Take Your Kid To Work.

It’s almost easier to point out the well-known anecdotes that aren’t mentioned or the ubiquitous talking heads that chose to ignore this one. Where is Michael Jordan? This guy will talk to anyone! It’s still fun and there are different levels of candor here compared to previous projects – Magic, strangely, seems much more at home as a supporting character than in the series that bore its name – but that’s not basically never revealing. It’s a Lakers story with the Buss family in the background and it’s exclusively a numbers documentary.

Eventually, however, the different Buss children begin to show different personalities and take on different leadership roles. Finally, Fuqua is able to build a structure in which the Lakers’ on-court family and their executive box family are compared and contrasted, which you will know because the director leaves many quotes in which players refer to the team . like their “family” that it would make a deadly drinking game. Being able to see which questions Jeanie, Johnny and Jimmy eagerly answer versus which they evade is interesting and even entertaining.

And finally, we pass the Showtime Lakers in The Lake Show and in the 2000s dynasty and the new voices – Shaq! Phil Jackson! Rick Fox! Nick VanExel! — to energize the debates. The absence of Kobe Bryant is an obvious obstacle. Even when people talk about Kobe’s initial selfishness, there’s a coyness and elegiac quality to the way they talk about it. This may or may not be a serious issue when the Shaq/Kobe feud escalates or when Fuqua tries to address (or not address) Bryant’s rape allegations. The cinema didn’t get any more dynamic, and Fuqua never found a way to tie the Buses and the Lakers to a larger exploration of Los Angeles or the culture of the time. But at least it’s starting to feel like people are talking about things they haven’t discussed a thousand times before.

Will be Legacy really become something great in these last four episodes? I don’t have the slightest pain. There are a few major speedbump topics that could get downright infuriating if handled with kid gloves or obvious internal protection towards the LA brand, but at least I can say that Legacy improves over time.

If you’re curious, I think I’d recommend Unlimited Entertainment, even though it’s stylistically inconsistent, winning time for this first chapter of the Lakers, then jump into Legacy at the third or fourth hour. And then watch the last hour of They call me magic if you are curious about Magic Johnson as a businessman. But who has time for all that?