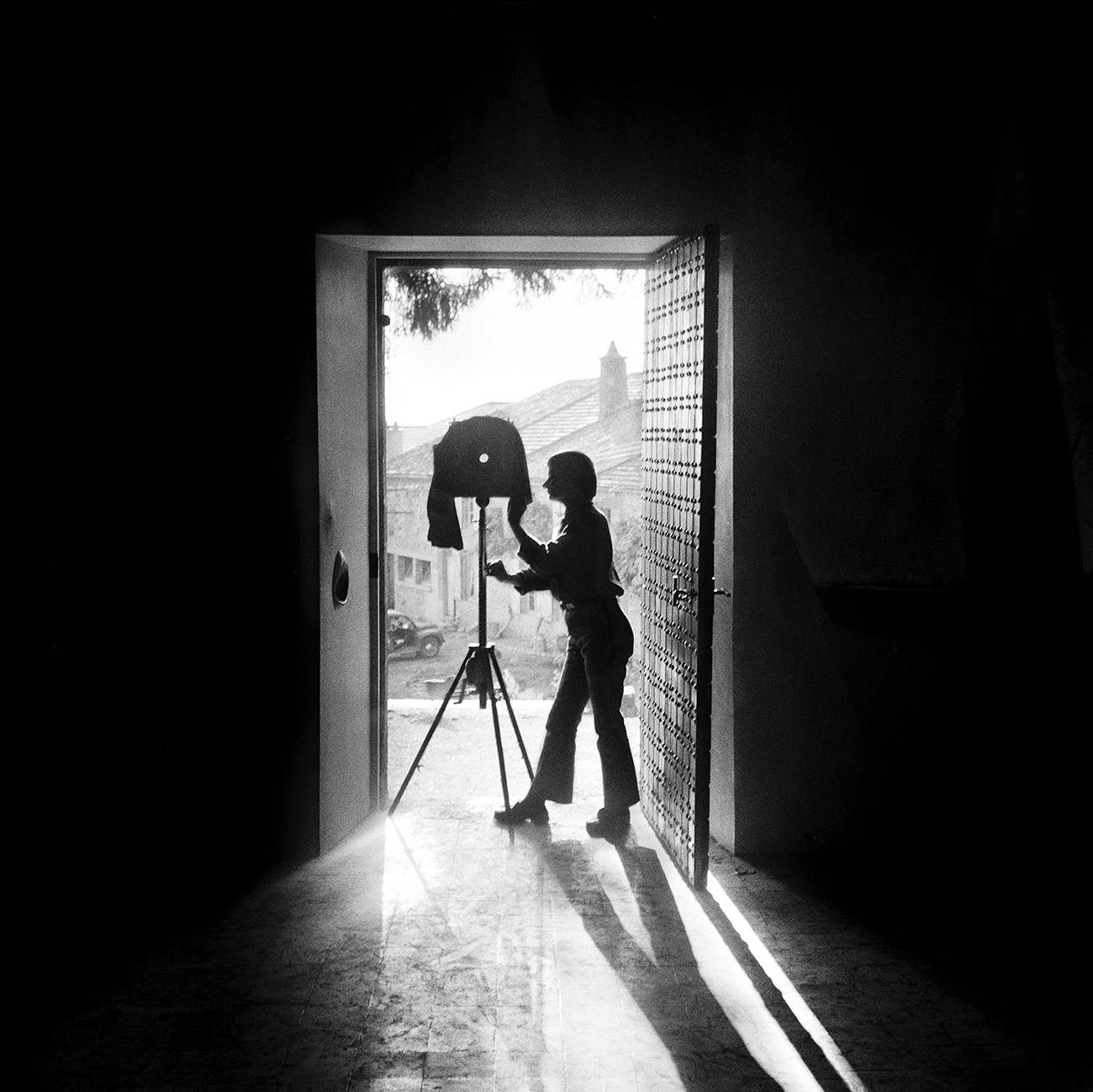 In Hauterives in the DrÃ´me, on the site of the Postman Cheval’s Ideal Palace, an exhibition celebrates the photographic and artistic work of filmmaker AgnÃ¨s Varda around human constructions. then the links between the two artists resonate very strongly.

There is something obvious when we look at the work of AgnÃ¨s Varda and that of the postman Cheval in a jumble. If the first is multiple, full of ethereal images and delicate attentions born of many trips while the second is circumscribed to a certain scope of work and particularly tangible, both proceed from the same force of having wanted to follow a Dream. . in their life as an artist and to exercise it with faith in a common imagination.

“The example of the perseverance of the postman Cheval with the palace which he took thirty-three years to build alone and without having studied architecture is finally close to the moment when, at twenty-five, completely self-taught. also, AgnÃ¨s Varda directed her first film “La Pointe courte” in the port of SÃ¨te “, underlines the co-curator of the exhibition, Julia Fabry, who was for a long time the collaborator of AgnÃ¨s Varda.

The human will that triumphs in these two artistic works is corroborated by the taste they both have for naive, often fanciful and sometimes grotesque figures, who emanate from a carnival world that sings the brotherhood of living beings in a grand gathering beyond ages, of all appearances and all social ranks. This is what we can see in a film produced for the occasion by Julia Fabry and which is made up of many shots of AgnÃ¨s Varda films where we follow the filmmaker in search of works of art. brut that fascinates her so much. She and Julia Fabry met twice at the Ideal Palace, which was a great source of inspiration for the director of ClÃ©o from 5 to 7.

A photo that she took during one of her visits is also presented, as well as other jewels of her relatively unknown photographic work, which was however her first artistic practice and which has never really left her. Where marvelous architectures stand, such as this devastated church in Italy, this succession of rooms in a palace in Portugal or this destroyed building in Avignon.

The pleasure of contemplating hidden human constructions is like a common thread that reveals AgnÃ¨s Varda’s love for the vulnerable nature of our imprint in the world. Hence, with good reason, the presence of photographs taken in SÃ¨te in the 1950s, the place of his adolescence, and in particular these images of tents and fishermen’s huts on the city beach, like beautiful vestiges of nomadic time. and which open up a thousand and one wonderful scenarios for the imagination.

But the correspondence with the Postman Cheval does not stop there. It is even more evident with one of the last works of AgnÃ¨s Varda’s life, her â€œcinema hutsâ€, kinds of totemic constructions to give other echoes to her films.

If some exist in real size, here the “models” are presented to the public. About 70 centimeters long and 50 centimeters wide, they carry all the very small films of a Super 8 camera which itself filmed the films represented on the model. Clearly, if we pay attention to the details, through the thin layer we can see moments of real AgnÃ¨s Varda films, which gives a feeling of fragility to these small constructions and an incredible depth to the gaze.

At the end of the exhibition, the short film Les dit caryatides â€, which she directed in 1984, speaks volumes about her love for architectural decors that speak in silence. She therefore portrays these great ladies from Karyes in the Peloponnese in Greece and defeated in turn by the Spartans and the Visigoths who made them slaves. On their dignity found in the streets of Paris where the architecture of the end of the 19th century particularly celebrated them on the facades of buildings, AgnÃ¨s Varda superimposes the bitterness of the poet Charles Baudelaire, silent and as if in exile at the end of his life. , but who also, like the Cheval factor and the filmmaker, has so often dreamed of an elsewhere:

“Babel of stairs and arcades,

It was an infinite palace,

Full of pools and waterfalls

Falling in matt or burnished gold; “