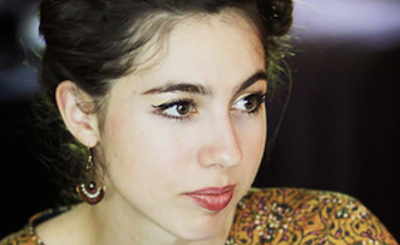 A conversation with Devon Walker-Figueroa

I met DEVON Walker-Figueroa in a ghost town. We were both spending part of the summer in Vamvakou – a town with only nine permanent residents in the mountains of Laconia, Greece – on a writing scholarship. As I sweated in the 100 degree heat trying to sort out the sentences, I noticed her immediately befriending the locals, a donkey named Bella, and moving easily through the landscape. She came out every night with stories, beautiful pictures of stone-capped buildings and streets that others might overlook, new poems forming in her hands.

When I opened his first collection, PhilomathI have seen this hunting and empathetic eye in the course of his work. Philomathwinner of the 2020 National Poetry Series selected by Sally Keith, is named after her home, another ghost town, in Oregon’s Coast Range. Philomath offers work that is both precise and expansive, poems that skip across the page, making use of white space and breath, or delivered in dense chunks like certain memories. The result is a lyrical testament to where we grew up and what will never leave us.

The poet brings to the page not only her language training, as a graduate of Bennington College, Iowa Writers’ Workshop and current NYU scholar Jill Davis, but also her training as a harpist and former dancer. ballet. It is a verse steeped in music, movement, sound. Philomath is a song to the Northwest, to self and family, to those places we thought we wanted to escape so badly before realizing they had already shaped us.

“‘Love of learning’ is what / Philomath means,” the book begins. Who leaves, who stays? What is the “sound of becoming” in these spaces?

I recently sat down with Walker-Figueroa at a Brooklyn cafe to recount our summer adventure and delve into the world of her famous collection.

SARAH HERRINGTON: This is the first time I’ve seen you with Brooklyn around you instead of Greece!

DEVON WALKER-FIGUEROA: Seeing your face brings me straight back to Vamvakou.

I expect Bella the donkey to show up with her bell. Thank you for taking the time to speak and congratulations on Philomath. OWhat inspired you to write for the first time on Philomath? And what about ghost towns?

[Laughs.] Well, I for one feel like ghost towns have a way of finding me and then swallowing me up. They are my Jonah’s whale. But also, I grew up in one. Kings Valley is a literal ghost town, and you feel it when you’re there. It is also known to be haunted. If you ever go to the Philomath Historic Society, you can read all the accounts of people who saw apparitions and wanted it recorded. Whether or not you believe in ghosts, it gets you thinking about what we want to record, to then share with others. I guess I naturally started recording my house, which is something of my own.

Then my best friend who lives in California took me to Bodie, California which is an old ghost town from the gold rush boom days but it was wiped out by fires. Bodie was eventually turned into a state park, so now people pay to walk around looking at houses or the remnants of them. I like this. This idea of ​​something that becomes priceless through disuse.

I remember this story from your poem “Curse of Bodie”, with its grand opening:

Bodie is the first ghost town I’ve come across that makes people want
to visit it.

Yes, and you already know this, but I just spent my whole summer in a ghost town in Greece, Vamvakou. I like calm. I don’t care too much about the feeling of being invisible. And I find how people in such distant places come together and invent a kind of culture of their own endlessly fascinating.

Let’s talk about the form of your work. What is the meaning of space in your poems? What is your process for researching a poem‘the form ?

First of all, I would say spaces have a lot to do with modulating the speed at which the reader moves through the poem. The look that moves over the words and the silences that separate them is a kind of dance, which can be influenced by the use of space. As in, you can use space as a unit of motion and time, speeding up or slowing down the poem and the reader, depending on the poem’s needs.

Can we take one of your poems as an example? I look at “My Materia”:

Every day it opened
with such an inherited blessing it was more
Cadence more than melody, …

The lines seem, somehow, both stretched and jerky.

Thinking about musical notation, you can compare a larger hyphen to a whole rest and a shorter one to a quarter rest, for example. And beyond the use of hyphenations, there are also certain poems, as in “My Materia”, which use blocks of space, allowing the text to press against invisible borders and mark, or to frame, the absence.

You highlight what isn’t there – it’s also a bit ghostly of you.

Yeah, absolutely. And if you want a span, say, but don’t want a full line break, you can use a hyphenation like this. You can add a small successful direction error (or simply, direction) in there by introducing some soft pauses. This absence here (in “My Materia”) relates to the absent mother, but also to the geometries formed by the young virgins of this old religious group, the Daughters of Job. The women arranged themselves in the shape of a cross. If you consider that geometrically, you see that a cross forms a border between four implied voids, shaped like boxes or triangles, depending on how you visually apprehend it.

Thanks for mentioning religion. Can we talk about the role of faith in the book?

Sure. The book makes extensive references to the Bible and Christianity. The Bible says some strange and wonderfully mystical things about scripture itself – speaking of the Word made flesh, or claiming that our immortal souls are in the balance of interpreting a verse. Or tell us that “every note and every little word” that we read in its pages is “inspired by God”. The stakes are pretty high when what you read is supposed to be authored by God, aren’t they? But the pressure and importance it gives to words…even though I’m no longer religious and haven’t been since I was 15, I still carry that sense of the human soul and its destiny linked to language.

That said, religion and faith aren’t the same thing, so I would also argue that there’s a faith in the book, broadly speaking, in the value of lives that unfold largely unseen. There is faith in the obscure, the unacknowledged, the anonymous, even the despised or the abject. And, on the other hand, there is much doubt in Philomath, too. I think it’s probably equal parts faith and doubt.

It’s true, and to my ear, it’s faith and doubt felt through the body. Can we talk about how the body appears in these poems? I especially like these lines:

My body is just the story it tells
To be true.

Thank you. I think a lot about embodiment in the book, with all the sexuality and physicality in there, the dancing. But I am also concerned with disembodiment. There’s a series of poems there called “Out of Body,” which I started writing thinking about my mother’s very compelling description of an out-of-body experience she had when she nearly drown in a canoeing accident. This event happened before I was born, so my future incarnation would never have happened if things had turned out differently. This event is not in the book, but this idea that one can preview one’s own death or somehow observe the spectacle of one’s non-existence without occupying it, that fascinated me.

Speaking of bodies, how does gender appear in these poems?

Oh wow. Alright, let me think about this one. I mean, the truth is, growing up in such a remote place can make someone feel a little sexless, at least for a while. If no one really cares whether you’re alive or dead, they certainly don’t scrutinize your sex much. If the genre is performance like Judith Butler said, then you just don’t have a lot of people to perform for in a setting like that –

wow. I really relate to that. I also grew up in a rural area and spent a lot of time alone growing up – something I wrote about in your book. You are right – as a child in those moments in nature without a human witness, I didn’t really feel gender.

Law. My sister and I were more in a rush to do femininity when my family moved to urban areas. My mother brushed our hair and put us in dresses to go to church – but during the week we were homeschooled most of the time, we lived in handmade overalls from our little cousin in Louisiana. I remember feeling like a tomboy, whatever that means.

I still don’t feel particularly gendered, to be honest, although I guess I’m considered female or female to most people. What I mean, though, is that such a dark life can actually be really liberating. It can give you permission to find out what feels honest to you without too much outside pressure. And I think there’s a bit of that childhood genre amorphity captured in the book.

So a big question – what is the line between prose and poetry for you?

If you ever find out where this division is, let me know!

It may seem like a cop-out, but I think you know, by instinct, when you read poetry, whether it’s prose or lines. For me, personally, this recognition is often linked to, among other things, the writer’s use of music and image, perhaps how indulgent they can be with metaphors and symbols, to how liberal they are with their invitation to the irrational. That said, I don’t know how to answer this question. Not really. I also think our sense of where that boundary existed was blown up by the Symbolists, especially Charles Baudelaire and Aloysius Bertrand, so maybe we could have a seance and ask their ghosts.

What haunts you right now?

Honestly, and it seems so obvious, but the pandemic. All the death and dying and the suffering and the distance around it.

Also, the complication of how the environment thrived the most when we were most crippled as a species – Venice’s canals becoming so clear you could see fish swimming in them, city birds changing their calls, smelling the sea from my balcony in Bushwick.

I also remember the words for death from earlier studies of Old English: wtindordeaÞa wonderful death; bealusíþpath of death; deáþbeám, deáþræsdeath rush; deáþwíc, mansion of death. It’s as if all the best English words for death are already dead. It’s as if our language was not prepared for this pandemic.

We actually have so few ways to name what we’ve been through. And it haunts me.