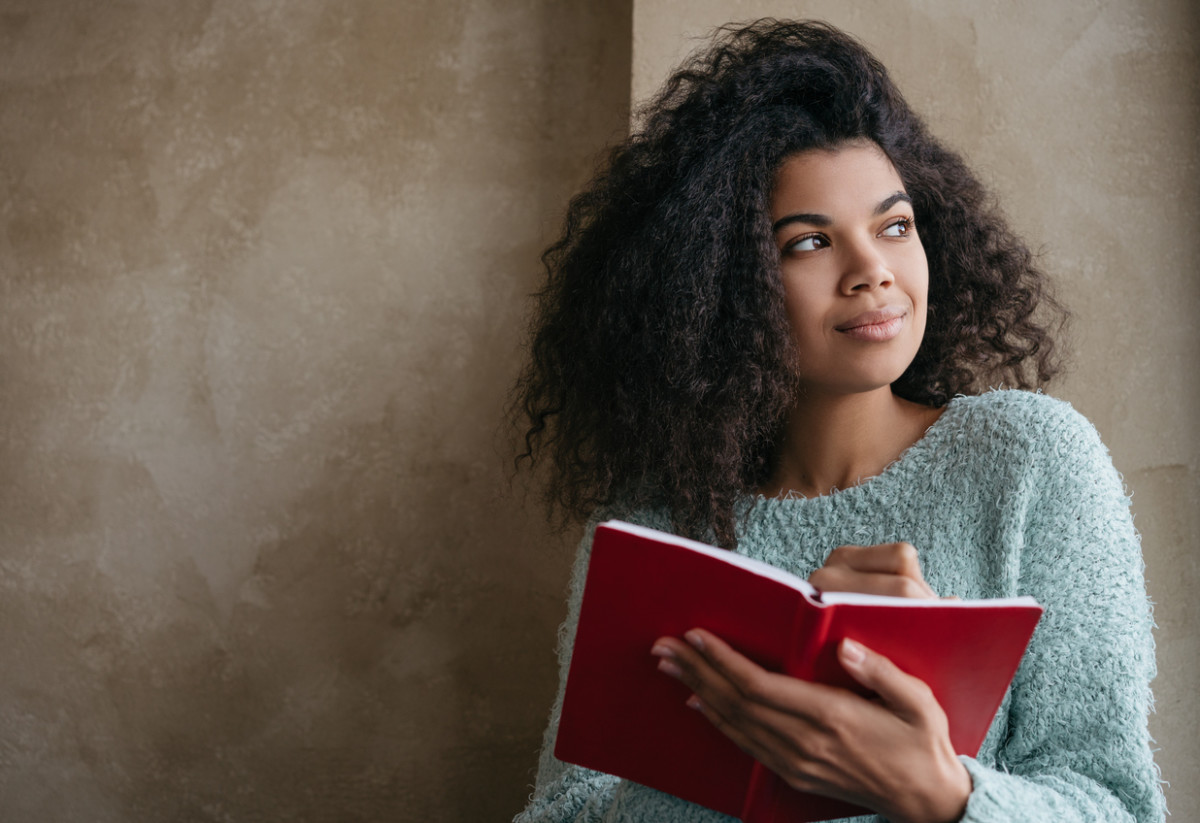 If you’re a writer, you know the joy that comes from expressing yourself on paper. Whether you’re journaling, writing an essay, or have become a published author, writing can have its challenges. In times of writer’s block or lack of inspiration, a little encouragement can go a long way. And there’s nothing more inspiring than the wise words that come straight from bestselling authors. That’s why we’ve compiled this list of write quotes. Each of them offers something in terms of encouragement, inspiration, motivation or humor.

Additionally, November is known as both National Novel Writing Month (or NaNoWriMo) and National Memoir Writing Month. So if you’ve been working on a novel or memoir, now’s the perfect time of year to find some extra motivation in the form of these writing quotes from your own favorite writers.

Read these 75 writing quotes to rekindle your passion for writing or just to give yourself that little boost you need right now. You will find that these famous authors have a lot to say about the stories that need to be told.

1. “There is no greater agony than carrying an untold story within you.” —Maya Angelou

2. “If there’s a book you want to read, but it hasn’t been written yet, then you have to write it.” — Toni Morrison

3. “There’s nothing to write. All you do is sit in front of a typewriter and bleed.” —Ernest Hemingway

4. “You have to write the book that wants to be written. And if the book is too difficult for adults, then you write it for children. – Madeleine L’Engle

5. “Fantasy is not an escape from reality. It’s a way of understanding it.” —Lloyd Alexandre

6. “Read, read, read. Read everything – trash, classics, good and bad, and see how they do it. Just like a carpenter who works as an apprentice and studies the master. Read! You will absorb it. Then write If it’s good, you’ll know it. If it’s not, throw it out the window. —William Faulkner

7. “You never need to change anything you got up in the middle of the night to write.” —Saul Bellow

9. “The scariest moment is always right before it starts.” -Stephen King

10. “Start writing, no matter what. The water won’t come out until the faucet is turned on.” — Louis L’Amour

11. “After food, shelter, and companionship, stories are what we need most in the world.” —Philip Pullman

12. “History will be kind to me because I intend to write it.” — Winston S. Churchill

Related: 75 Art Quotes That Speak to the Soul and Inspire Creativity!

13. “Stories may be lies, but they’re good lies that tell the truth, and can sometimes pay the rent.” —Neil Gaiman

14. “Don’t bend over; do not water it; don’t try to make it logical; do not modify your own soul according to fashion. Instead, follow your most intense obsessions without mercy. —Franz Kafka

15. “If you want to be a writer, you have to do two things first: read a lot and write a lot.” -Stephen King

16. “I can shake everything as I write; my sorrows disappear, my courage is reborn. – Anne Frank

17. “There are three rules for writing a novel. Unfortunately, no one knows what they are. —W. Somerset Maugham

18. “Fill your paper with the breaths of your heart.” —William Wordsworth

20. “There’s something delicious about writing the first words of a story. You never quite know where they’ll take you.” —Beatrix Potter

21. “Tears are words that need to be written.” -Paulo Coelho

23. “You should write because you enjoy the shape of stories and sentences and the creation of different words on a page. Writing comes from reading, and reading is the best teacher of how to write. — Annie Proulx

24. “I write to empower myself. I write to be the characters I’m not. I write to explore all the things I’m afraid of.” —Joss Whedon

25. “A well-composed book is a magic carpet on which we are drawn into a world we cannot enter in any other way.” —Caroline Gordon

26. “You can’t wait for inspiration. You gotta go with a club.” —Jack London

27. “Imagination is like a muscle. I found that the more I wrote, the bigger it got.” — Philip José Farmer

28. “Write the kind of story you would like to read. People will give you all kinds of advice on writing, but if you don’t write something you like, no one else will either. —Meg Cabot

29. “Description begins in the writer’s imagination, but should end in the reader’s.” -Stephen King

30. “Write down what should not be forgotten.” —Isabel Allende

Related: How to Have a Very First Writing Session

31. “I love to write. I love the swirl and sway of words intertwining with human emotions. —James Michener

32. “Writing is something you do alone. It’s a craft for introverts who want to tell you a story but don’t want to look you in the eye.” -John Green

33. “The reason that fiction is more interesting than any other form of literature, for those who really enjoy studying people, is that in fiction the author can really tell the truth without humbling himself.” -Eleanor Roosevelt

34. “All I need is a sheet of paper and something to write on, then
I can turn the world upside down. -Friedrich Nietzsche

35. “My goal is to put what I see and feel on paper in the best and easiest way.” —Ernest Hemingway

(scroll down to continue reading)

37. “The most valuable of all talents is that of never using two words when you will.” -Thomas Jefferson

38. “Your intuition knows what to write, so step aside.” —Ray Bradbury

39. “Maybe I’m writing for no one. Maybe for the same person children write for when they scribble their names in the snow.” -Margaret Atwood

40. “Writing is a way of speaking without being interrupted.” —Jules Renard

41. “Writing is utter solitude, the descent into the cold abyss of oneself.” —Franz Kafka

44. “The pages are still blank, but there is a miraculous feeling that the words are there, written in invisible ink and crying out to become visible.” —Vladimir Nabokov

45. “Anyone who has survived their childhood has enough information about life to last them the rest of their days.” — Flannery O’Connor

Related: Does Your Mental Health Need a Boost? Get Started With These 25 Writing Prompts

47. “If you want to change the world, pick up your pen and write.” -Martin Luther

48. “Talent is useful in writing, but courage is absolutely essential.” —Jessamyn West

50. “Everyone has talent because everyone has something to express.” — Brenda Ueland

51. “It’s none of their business that you have to learn to write. Let them think you were born that way. —Ernest Hemingway

52. “Ideas are not magic; the only tricky part is sticking with one long enough to write it.” – Lynn Abbey

53. “The best time to plan a book is while you’re doing the dishes.” -Agatha Christie

54. “Read a thousand books, and your words will flow like a river.” — Lisa View

55. “Write about the emotions you fear the most.” —Laurie Halse Anderson

56. “Writing is a job, a skill, but it’s also the place to go in your head. It’s the imaginary friend you drink your afternoon tea with.” — Ann Patchet

57. “If you want to be a writer, stop talking about it and sit down and write!” —Jackie Collins

59. “A professional writer is an amateur who hasn’t given up.” —Richard Bach

Related: Write on it! How putting pen to paper can keep you sharp

60. “Write down whatever pops into your head and then you’ll be a writer. But an author is one who can ruthlessly judge the value of his work and destroy most of it.” – Colette

61. “Indeed, learning to write can be part of learning to read. As far as I know, writing stems from a higher devotion than reading. —Eudora Welty

62. “I get irritated with my own handwriting. I’m like a violinist whose ear is true, but whose fingers refuse to accurately reproduce the sound he hears within himself. -Gustave Flaubert

63. “Don’t give people what they want, give them what they need.” —Joss Whedon

64. “Nothing is a better cure for writer’s block than eating ice cream straight from the carton.” —Don Roff

65. “The person born with a talent they are meant to use will find their greatest happiness in using it.” -Johann Wolfgang von Goethe

66. “Some writers like to write, I am told. Not me. I like to have written. —George RR Martin

67. “You can’t blame a writer for what the characters say.” —Truman Capote

68. “The first draft is just you telling yourself the story.” —Terry Pratchett

69. “The best way to become familiar with a subject is to write about it.” — Benjamin Disraeli

70. “My bursting heart must find a vent in my pen.” —Abigail Adams

71. “I was supposed to write a romantic comedy, but my characters fell apart.” —Ann Brashares

72. “You may not be able to change the world, but at least you can embarrass the guilty.” —Jessica Mitford

73. “If you’re having trouble with a book, try the element of surprise: attack it at a time when it doesn’t expect it.” — H. G. Wells

74. “The problem with writing fiction is that it has to make sense, while real life doesn’t.” —Iain M. Banks

75. “Dance above the surface of the world. Let your thoughts lift you to a creativity that is untrammeled by opinion.” —Red Crow

Next: Ask John: How do I start writing my book?