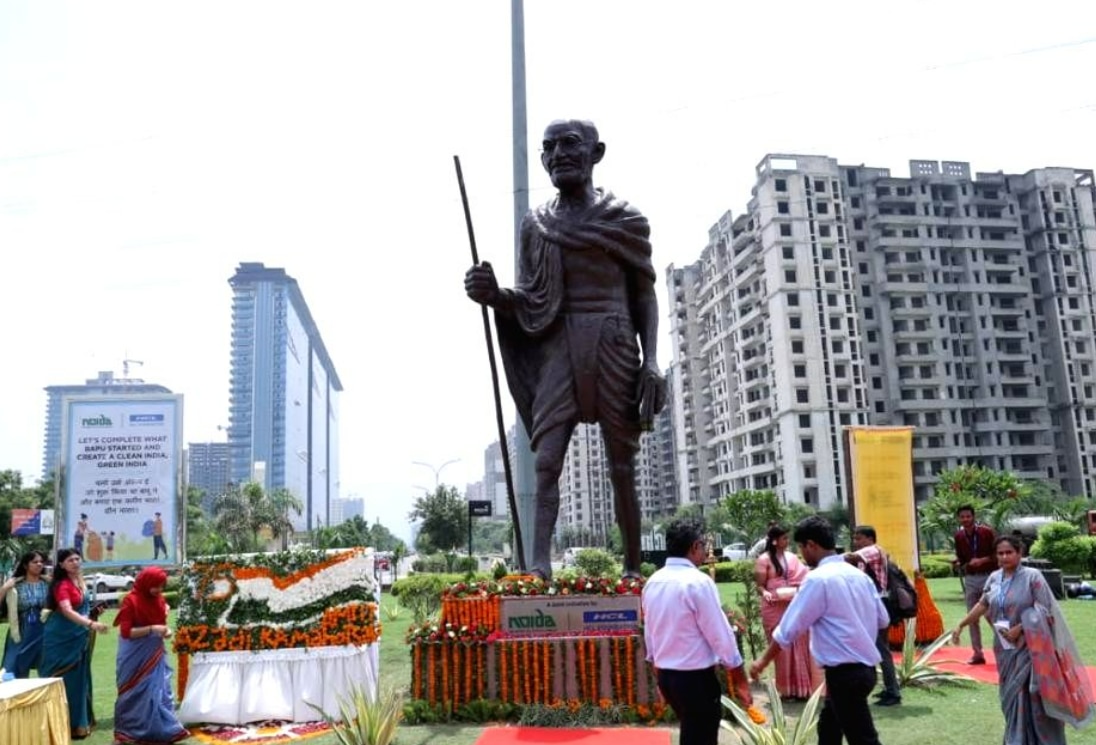 20ft tall Mahatma Gandhi statue made from 1,000kg of rubbish unveiled in Noida

Naida: On the 80th anniversary of the “Quit India Movement”, a statue of Mahatma Gandhi, made from recycled waste, was unveiled in Noida, Uttar Pradesh, as a symbol of “Swachh Bharat” (India own). The statue of ‘Marching Gandhi’ installed near Sector 137 in Noida is made solely from plastic waste.Read also – Where was Mahatma Gandhi on August 15, 1947?

See some additional photos of the statue here:

Such a beautiful statue of
“Mahatma Gandhi” in “Noida” among the city’s garbage collected, to pay tribute to
Swachh Bharat Mission Bapu,
1000 kg of plastic waste was collected and covered his idol, he is growing up. inspirational quotes for all of us,
“Bapu on the move” pic.twitter.com/hePoP17CHK

Such a tribute to Mahatma Gandhi Ji on this independence day this statue made from 1000 kg of plastic waste collected in Noida @NagarVikasUP @HCL_Foundation @CeoNoida pic.twitter.com/d7dXpDVTuZ

Good news for Noida. For the first time in the district, the statue of Mahatma Gandhi Bapu is installed. There were no more statues of the Father of the Nation in the public square of Gautam Buddha Nagar.
Bapu on the move pic.twitter.com/KEGxt5rWiz

After single-use plastic was completely banned on July 1, efforts are being made to raise awareness of the environmental damage caused by plastic and ensure 100% compliance to control its use. Therefore, building this statue from scrap metal is akin to an awareness campaign. At the same time, the “Plastic Exchange Mobile Van” operation was also launched. So far, 170 people have exchanged 816 kg of plastic bottles and 52 kg of polythene for cloth bags, wooden stocks and steel bottles, as part of this campaign.

Under the blank stare of today’s media