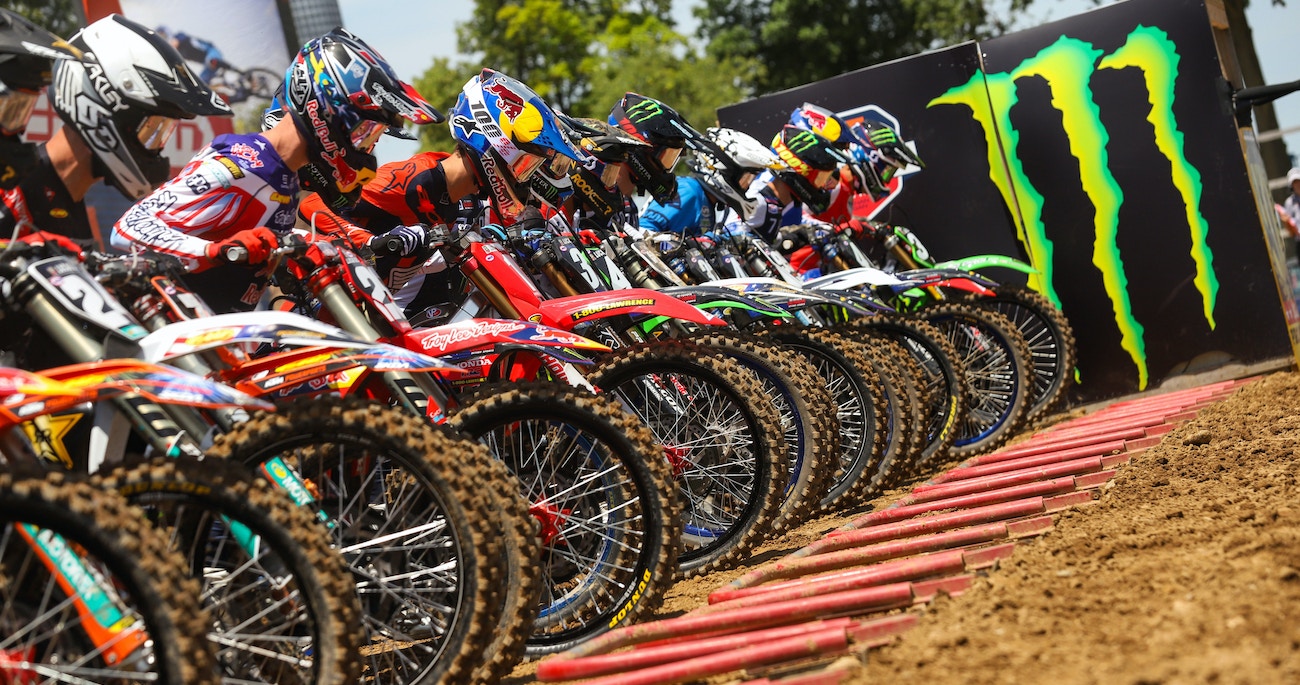 “I felt good today. I love this track and we ended up getting good handling on the bike for the first race. I took some bad lines on the first lap and got back to fourth, but in a few corners I moved up to third. I passed Jo and Hunter and then the bike started to feel funny and lose power. It’s part of this sport, and luckily we had a little points lead, that which helps me out a bit. At the start of the second moto it was hard to fall back because I was so far away, but I managed to work my way through and won the race. It sucks to lose the red plate, but at least I lost it to Hunter.

“It was a tougher day than we have been used to lately, but not every weekend will be smooth and a win. We are really frustrated with what happened in the first 250 races because we never want to see any of our guys take their bike off the track. Fortunately, the team was able to diagnose the problem quickly, and Jett and Hunter were confident to come back and go 1-2 in the final set. Congratulations on Jo Shimoda being the first Japanese rider to win a National; he was a longtime Honda rider and is still a friend of the team. In the 450 category, we know that the main competitor is Eli [Tomac], and we have to figure out how to beat it. Chase certainly had the speed to do it today but lacked the starts; it’s something we have to work on. Ken hasn’t been feeling well this week so we have to try and improve him and improve what we can with him so we can get back to the lead.

“It was a tough day. The track was very brutal for these bikes. This is probably the toughest trail we’ve had so far this year. It was hard, but at the same time, it was good. I felt like I had my best pace so far this year and better starts. I just move a little every weekend. I felt like I had the pace of the top five today, but just a little arm pumping held me back. We’ll go out swinging next weekend. I just want to keep building and hopefully in the end we can be on the podium. I have things to work on and we know what we need to do.

“I hurt myself a little more than I needed today, but my starts are improving and I just need to clean up a few things. In Moto 1 I had a fairly consistent run all the way to come away with a fifth but I was looking to do better and fight for the podium in Moto 2. Unfortunately I lost traction at the bottom from the hill and fell just after passing the lead, so I had to run forward from the back of the peloton. It’s frustrating of course, but I’m going to keep pushing myself and keep improving to iron out those little mistakes.

“The weekend didn’t go the way I wanted. I ended up being knocked out on the first lap in both motos, which put me pretty far out in the pack and had to work my way through. One positive, my starts were much better than the last race, so I’ll take that and get back to work this week. We’ll try to be more consistent on the bikes, try to stay on the ground and see what we can do at Southwick.

“I got off to a good start in moto one, but a crash in turn two knocked me down the race order. I raced forward and made a bunch of passes to finish 14th. In Moto 2 I grabbed the holeshot which was awesome, and I did my best to keep pace with the leaders for as long as possible. My goal for the day was to do exactly what I did for the first half of that second moto, I matched the speed of the guys up front for as long as possible before I tightened up and calmed down a bit . I can’t wait to be in Millville where I will do my best to stay there even longer.

“The Flowers of Evil” and Beyond: Revisiting Baudelaire