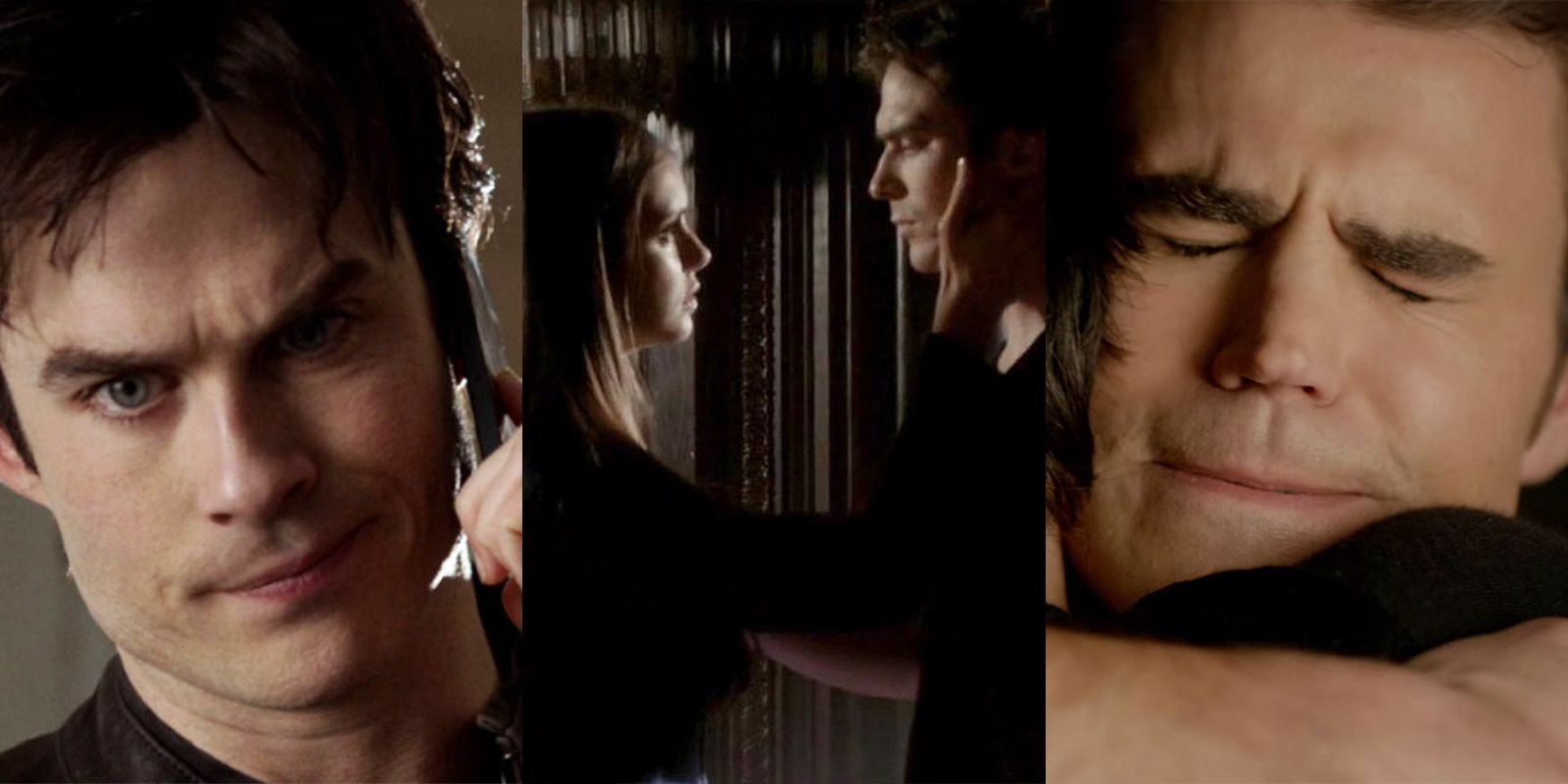 10 Book Quotes That Should Have Been On The TV Show

Since the book series and its TV adaptation are so drastically different, fans often appreciate The Vampire Diaries in one form or another. While one version is marketed as a paranormal romance, the other looks like a comedy-drama with an emphasis on relationships.

There are several changes from book to show in The Vampire Diaries that no one talks about, but there are also facets that remain the same. Many quotes from the novels could have fit perfectly into the TV series, but for unknown reasons, they didn’t make it.

“You are not as different from us as you think.”

Matt struggles to see the redeeming qualities of vampires and develops a resentment for the supernatural. However, he might have been more likable if he shared more similarities with his version of the book. On the TV show, Matt doesn’t think Damon has retained any semblance of humanity.

RELATED: 10 Similarities Between The Vampire Diaries Pilot And Twilight

Considering all the horrible things Damon has done, it’s easy to see Matt’s perspective. Still, it’s hard not to wonder what would happen if Matt took a different approach. Rather than pointing out the differences between humans and vampires, it might have been more useful to point out the similarities.

Elena is still with Stefan

“No matter what, Stefan, I’ll be with you. Tell me you believe it.”

Although different in each version, Stefan and Elena’s love story is a major aspect of The Vampire Diaries. They always come together as a united front, and there’s nothing Elena wouldn’t put up with for him. This line could have easily been replaced, or even added to Elena’s statement in Season 2 Episode 5, “Kill or be Killed”.

To show her support, Elena offers her blood and says, “It’s you and me, Stefan. Always.” This would have been the perfect place to include the quote from the book, as the two lines illustrate the connection between them.

“Dear Diary, Oh, that’s too much explained and you wouldn’t believe it anyway. I’m going to bed.”

Bonnie’s diary entry in the books is more relevant than any Elena and Stefan write on the show. In fact, Damon even poked fun at how his brother’s diary tends to be exaggerated. Given how often the characters have to fight for their lives, it’s hard to believe they have the time to document supernatural events in such detail.

Whether Bonnie, Elena, or Stefan wrote it, that quote should have been included to some extent. Not only is it more realistic, but it would fit perfectly with The Vampire Diary your comedy.

Elena asks the Salvatores to take care of each other

While Elena is often the reason the Salvatores are at odds, she’s also what unites them. Their mutual love for her is what keeps them together, and it’s what ultimately rebuilds their relationship.

It’s more accurate in the books than the show, but drawing those kinds of lines from the novel might have made the love triangle better. Rather than watching the brothers fight for her affection, Elena could have encouraged them to care for each other as much as they do for her.

“Why do people always assume volume will succeed when logic won’t?”

It’s hard to argue that Damon is one of the funniest characters in The Vampire Diaries. Although his character in the books is a bit darker, he still has a sassy remark that no one asked for. Given how easily Damon is annoyed by Elena’s friends, this quote could fit right into the show.

He tends to be condescending and often calls out characters like Matt and Jeremy on how stupid they are. Putting them down and insulting their intelligence is something Damon does on a daily basis.

Elena thinks Stefan can’t really get over her.

“If every memory of me was taken away from Stefan, he would be wandering around the world looking for something not knowing what he was looking for.”

It might be a little out of place considering she just started a relationship with her brother, but that line rings just as true in the show as it does in the books. When Stefan loses his memories in The Vampire Diaries Season 5, he feels an immediate connection to Elena.

RELATED: 10 Quotes That Prove Caroline And Bonnie Have The Best Vampire Diaries Friendship

Without knowing anything about their past relationship, Stefan is attracted to a girl he thinks he has met. While recreating moments that Stefan has forgotten, the two find themselves caught up in intimacy and almost share a kiss.

Stefan bears the burden of his guilt in both adaptations of The Vampire Diaries. Becoming a vampire only increases his empathy, preventing him from forgiving himself for past mistakes.

He comes to believe that he will never find true happiness and will simply live a meaningless existence. Although his friends disagree, Stefan sees himself as evil and doesn’t deserve peace. This quote from Stefan’s tutor is in line with something he wrote in his journal.

“Very touching. Do you want me to imitate a violin?”

Whether on purpose or by accident, Damon has a habit of crushing Stefan and Elena’s intimate moments. They’re generally not happy with the lack of privacy, but it makes for some of the funniest scenes on the show.

This quote would be a perfect fit for the early seasons, as it captures Damon’s character well. It is difficult for him to see his brother with the woman he loves and he uses humor as a defense mechanism. While the heartbreak is what’s buried underneath, Damon’s commentary never ceases to be fun.

“Can you remember that I loved you? It makes my life worth something.”

Damon’s dying wish is one of Delena’s best quotes The Vampire Diaries series of books. Thinking he’s finally come face to face with death, Damon simply asks Elena to remember he’s not that bad. He’s guilty of many misdeeds, but Damon’s true love for Elena proves he’s not heartless.

It could have fit perfectly into his farewell speech in Season 5 Episode 22, “Home.” Damon’s last words to Elena are along the same lines, but it’s a missed opportunity to pull a direct quote from the books.

Stefan sees through his brother

“You can pretend you don’t care. You can fool the whole world. But I know differently.”

As the novels focus more on the love triangle, the love between Stefan and Damon becomes the heart of the series. The final page of the book series features Elena returning to one of the Salvatore brothers. However, the final scene of the TV series features Damon going home to Stefan.

This quote fits into both adaptations, but it applies even more to the brothers’ relationship in the series. The focus is on Stefan and Damon’s ability to see beyond the facade of others. Even when their emotions are off, Salvatores can often find a way to come together.

NEXT: Caroline & Tyler’s Relationship Timeline In The Vampire Diaries, Season By Season

Rachel Foertsch is a production intern and a lover of all things television. Her TV reviews are featured on Rotten Tomatoes and she is currently a staff writer at ScreenRant. Additionally, Rachel has written for TV Fanatic, where she has done on-screen celebrity interviews. You can follow her on Twitter: @realrayrays for more content.

Bittersweet by Susan Cain review – a cutesy manifesto for the happy-sad | Books about health, mind and body