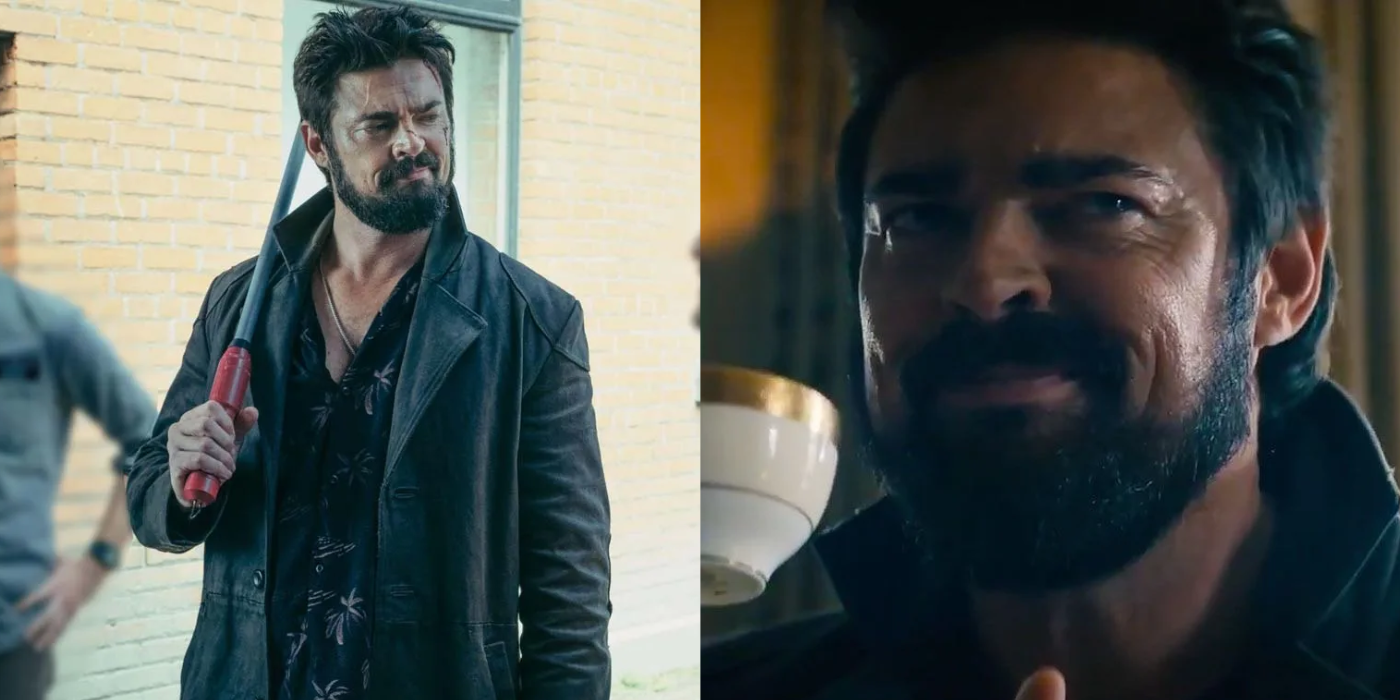 With The boys sThe third season is well underway, one can’t spend much time online without seeing some of Billy Butcher’s quotes and fan-referenced best moments from the show. The character instantly became an icon from the show’s debut, exemplifying the witty anti-heroes that superhero fans came to love in the 2010s.

Played by Karl Urban, an actor who’s previously played several memorable characters in major franchises, his starring role on the show is easy to love. Ranker fans voted for their favorite quotes, based on a plethora of often vulgar lines.

Billy Butcher on Happily Ever After

“We were expecting a happy ending, weren’t we? Well, I’m sorry, Hughie. This is not that kind of massage parlour.

Billy and Hughie’s relationship is complicated, as Billy’s cynical and often sadistic worldviews create a conflict of interest over how the two plan to defeat Vought and the Seven. Season two of The boys culminated their conflict so far, as Billy’s hatred for Starlight causes a major rift.

RELATED: The Boys’ 10 Best Episodes, According To Ranker

Billy always maintains a condescending tone towards Hughie, treating him like a less informed little brother. “We were expecting a happy ending, weren’t we? Well, I’m sorry, Hughie. It’s not that kind of massage parlour,” he says, hilariously adding his own twist to a common entertainment trope, as the characters of The boys do so often.

“I say if there’s a guy up there with a big white beard, he’s a world heavyweight c—.”

As mentioned earlier, Billy has a cynical view of the world and religion is no exception. The boys attend a religious convention in the first season called Believe Expo, where fans can see what Billy and other characters think about organized religion.

Billy said “I say if there’s a guy up there with a big white beard, he’s a world heavyweight c—.” In the short scene with Billy speaking to a priest, he manages to leave the old man amazed with just a few sentences. The provocative comments are well aligned with the nature of the show, which often aims to shock its viewers.

The capture and murder of Translucent alone is rich in hilarious character-defining quotes, making it the perfect storyline for the first episode. Billy’s hatred of supes is already extremely high at the start of the series, which makes him cherish the times when he has to verbally torture Translucent.

RELATED: The 10 Strongest Comic Book Characters Outside Of Marvel & DC

Before the invisible superhero is killed, Billy leaves him a piece of his mind, saying “I’ll tell you who you are, you’re a moron. ‘Translucent’ doesn’t even mean ‘invisible’, it means ‘semi -transparent.'” The joke not only pokes fun at the character, but is a meta reference to superhero entertainment writing.

Billy Butcher on sticking to the plan

Like with Homelander, some of Billy’s funniest moments are when he’s just acting like a normal person, being sarcastically positive. Homelander also has tons of great quotes. When he meets mind-reading hero Mesmer in season one, Billy puts on his adorably sarcastic charm and pretends to be a fan.

It could have been a good time for Mesmer, if Billy hadn’t planned to assassinate him later in this episode. Billy says “Wow. Mesmer. Hello. Big Fan. Be with you in a minute”, before turning to Milk and saying “Well, now we have to kill him.”

” Don’t worry. It can get so much more horrible.

In another love moment with Hughie, Billy shares some of his hardened, worldly insight. Hughie is still new to the team at this point, and after some of their difficult early experiences together, he says “Just when you think it can’t get more awful…”

“No, don’t worry. It can get a whole lot more gruesome,” is Billy Butcher’s only appropriate response, and he delivers it perfectly. Billy reminds Hughie of the violent nature of their mission, telling him that the worst is yet to come. Having already seen some shocking things in the early episodes, audiences are warned at this point of what’s to come.

Billy Butcher on Romance with Supes

Just what? F— at Epcot? The Hamptons? Maybe pump some flying babies?

The relationship between Hughie and Starlight quite quickly creates a rift between him and Billy. Billy’s hatred of supes doesn’t discriminate and he immediately distrusts Starlight, despite her best intentions.

RELATED: The Darkest Comics Of All Time

Hughie tries to reason with him, and Billy responds in the most Billy way possible, saying, “What? Just what? F— off to Epcot? The Hamptons? Maybe pump up some flying babies?” Suggesting that they both go on a romantic vacation and compound the problem by giving birth to more supers.

“People love that cozy feeling Supes give them…but if you knew half the s— they get up. It’s diabolical.”

At the beginning of The boys, Billy Butcher is not only the tour guide to the universe for Hughie, but also for the public. It’s his quote in the first episode that sums up the show’s plot and the type of personality its characters will have.

“See, people love that cozy feeling Supes give them…but if you knew half the s— they get up. It’s diabolical,” he says. The quote is the most Billy Butcher way possible to sum up the show.

“I just had to drop by the store. I was a little out of ideas for your own goddamn things.”

Billy Butcher is not a man who often has to explain himself or answer questions, even to his closest friends and allies. When Milk asks him to explain where he disappeared to, Billy responds with “I was just supposed to drop by the store. I was kinda missing your own fucking business.”

The boys is filled with quotes that feel relevant to its viewers. In a way, Billy often says the words that fans think of — in relation to the world he lives in, that is — which is part of what makes him so enjoyable to watch.

“We didn’t bring him here for a fucking Happy Meal.”

Another hilarious quote from the initial meeting with Translucent and Hughie’s real introduction to what the Boys would do. Hughie, still shocked by the situation he finds himself in, asks, “Are you going to kill him?”

Calmly, Billy responds with “We didn’t bring him here for a fucking Happy Meal.” For many, this might have been one of the lines that sold fans of the series, as the humor makes it one of the best dark comedy shows airing right now, while also delivering superhero drama. fun.

“Where’s your fucking rage, your self-respect? Sitting here in your little sharing circle, complaining and moaning. …Just a bunch of scared fucking bunnies.”

One of the most inventive ideas of The boys was the idea of ​​AA-style reunions for people whose lives had been affected by superheroes. Billy is shocked to find that although their lives were ruined by the heroes, the reunion attendees were still happy to have had any experience with celebrity supes.

Billy attacks them verbally, instantly producing a long paragraph monologue explaining why everyone in the room was pathetic for not taking up arms against the supes like they do. “Where’s your fucking rage, your self-esteem? Sitting here in your little sharing circle. Having a little moan and a little moan,” he said.

Homelander vs Soldier Boy: Who would win and who is more powerful?

Charlie is a recent graduate of SUNY Purchase College, working as a freelance writer in Brooklyn, NY.

How to Build Wealth – Forbes Advisor